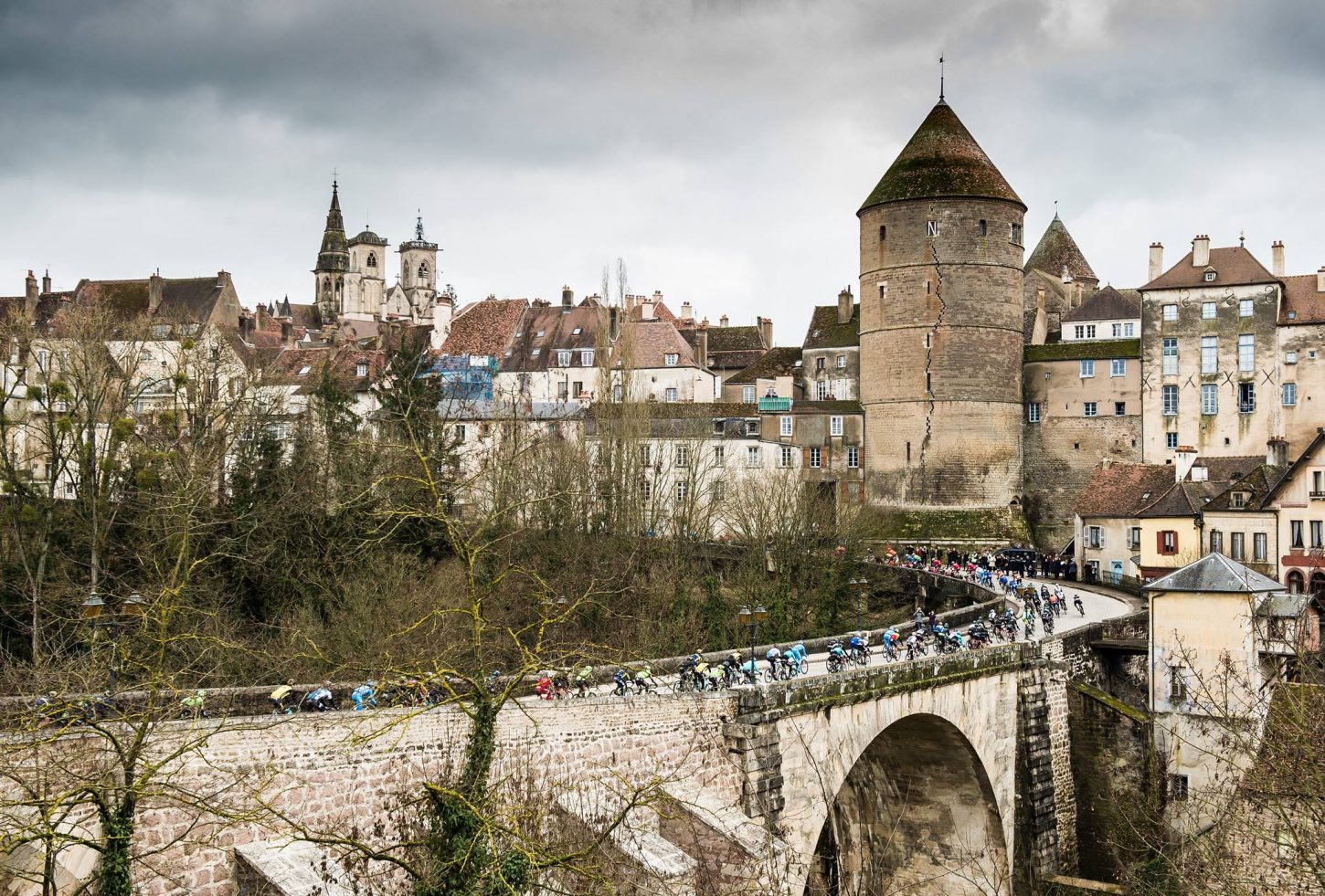 Dylan Groenewegen powered his way to victory in stage 2 of Paris-Nice today. The LottoNL-Jumbo rider snatched his first win in the early-season race after easily upstaging Elia Viviani (QuickStep Floors) in a sprint finish, while Andre Greipel (Lotto-Soudal) grabbed the final spot on the podium ahead of compatriot Phil Bauhaus and overall leader Arnaud Démare.

However, despite his fifth place finished, Démare managed to maintain his grip on the overall race lead, 10 seconds ahead of fellow French rider Julian Alaphilippe.

“I feel very good. Also, the team is very strong and did a very good job in the final. It was a hard sprint with a small climb on the end but I was able to sprint for the win, which was nice. The stage was very easy but the final was hard but we got into a good position in the final corner and then I sprinted and I won,” Groenewegen said

The start was given at 12:05 to 153 riders. Tejay Van Garderen, injured after crashing into a car in Sunday’s stage, had been the first rider to give up. Twenty-five kilometres down the road, Portugal’s Rui Costa also called it quits. His knee-cap injured in a crash in stage 1, the former world champion, second in Paris-Nice in 2014, was unable to go any further. Still the first hour of the stage was ridden at the slow pace of 33 kph.

Six on the move

Groupama-FDJ, Cofidis and Quick Step led a frantic chase and four of the escapees were reined in at kilometer 122 while Machado and Boaro kept trying. The peloton eased up and the pair found themselves 50 seconds ahead with 50 km to go and 3:00 up five kilometers later. But as the pace kept increasing (47.2 in the fourth hour), their momentum was gradually broken and the bunch kept accelerating in the last 30 km, when Christophe Laporte suffered a mechanical and was brought back by Nicolas Edet.

Thomas De Gendt (Lotto-Soudal), Tim Declercq(Quick Step) and Tom Leezer (Lotto-Jumbo) took turns at the front of the bunch, working for their sprinters Andre Greipel, Elia Viviani and Dylan Groenewegen. And their work quietly paid off. While Machado beat Boaro in the second intermediate sprint (km 173.5), Julian Alpahilippe took third place, 25 seconds behind. And the pack played cat and mouse with the two escapees until the last four kilometers, when it finally reeled them in.

The Quick Step team-mates of Elia Viviani seized the reins in the last two kilometers after series of winding turns, but their train split in the final kilometer, leaving Julian Alaphilippe alone in the lead. As a result, Viviani’s lead-out was not ideal and the Italian could not react when Groenewegen went up a gear and powered his way to the finish line for one of his greatest victories to date after his Tour de France stage win on the Champs-Elysees last year.