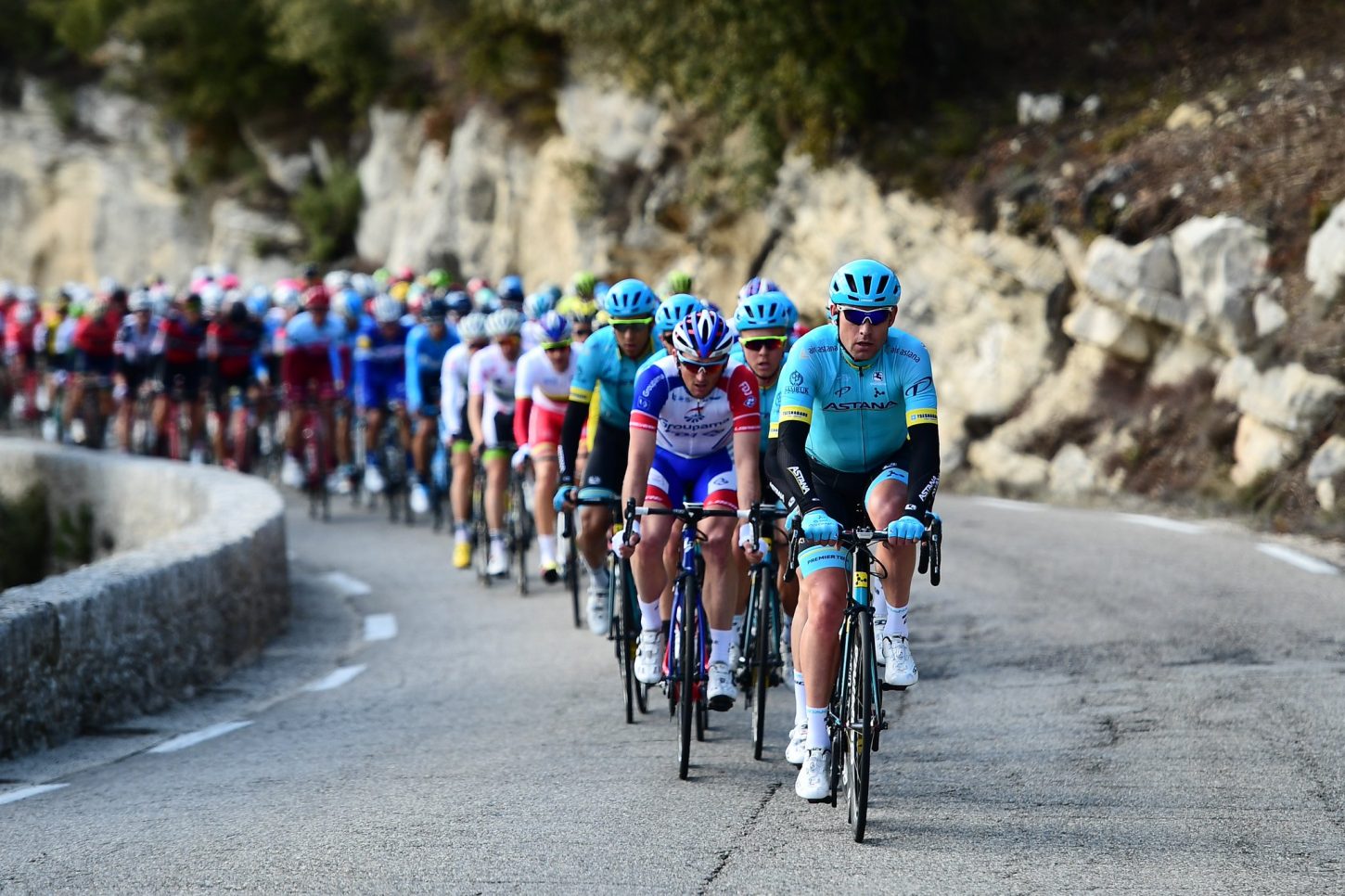 Jerome Cousin claimed stage 5 of Paris-Nice today, after the Direct Energie rider out-smarted his breakaway companion Nils Politt with a final acceleration during the closing 200 meters that proved insurmountable for his Katusha-Alpecin rival.

Today’s victory not only netted Cousin the stage win, but also earned the French rider the polka dot jersey in the mountains classification as well.

Three in the lead

146 riders left Salon-de-Provence at 13:15. Marco Haller (Katusha), Maxime Bouet (Fortuneo), Lars Boom and stage 2 winner Dylan Groenewegen (Lotto-Jumbo) did not start. Three riders, France’s Nicolas Edet (Cofidis), Jerome Cousin (Direct Energie) and Julien El Fares (Delko Marseille Provence) broke clear from the start. They were joined at kilometer 12 by Germany’s Nils Politt (Katusha) and the peloton gave the four the go-ahead. Their lead settled at around 3:30 when they tackled the first climb of the day, the 2nd category Col du Pointu. At the top, Cousin collected seven points ahead of El Fares and Edet.

As the peloton climbed the first category Col de Lagarde-d’Apt, Norway’s Amund Groendahl Jansen, affected by flu, joined his Lotto-Jumbo team-mates Boom and Groenewegen on the plane back home. The four increased their lead over the main pack in the ascent while green jersey holder Arnaud Demare was dropped. At the top, Cousin and Edet attacked to reach the summit in that order. On 17 points Cousin secured the KOM polka-dot jersey his team has won in the last two editions, while the peloton was trailing the escapees by 5:50. At the first intermediate sprint (km 94.5), won by Politt, the lead had melted down to 5:00. Cousin added four points to his tally on top of the 3rd category Col Du Negron (Km 106).

In the descent, Quick Step’s Tim Declercq raised the pace and split the pack, trapping Nacer Bouhanni and John Degenkolb at the back. Lotto-Soudal’s Thomas De Gendt and Lars Bak joined forces with him to try and bring the peloton back for a bunch sprint. The pack crossed the line for a first time in Sisteron two minutes behind the four when Nils Politt decided to part with his companions and go for the stage on his own (16 km from the line). But Cousin caught him in Cote de la Marquise (km 146) to take four more points and bring his KOM tally to 25. The two spent more time fighting for positions than to secure their lead but maintained a 40 seconds gap until three kilometers from the line. It finally proved enough and Cousin, who saved some strength in the final kilometers, surged at the right moment to go for the sweetest victory in his career.