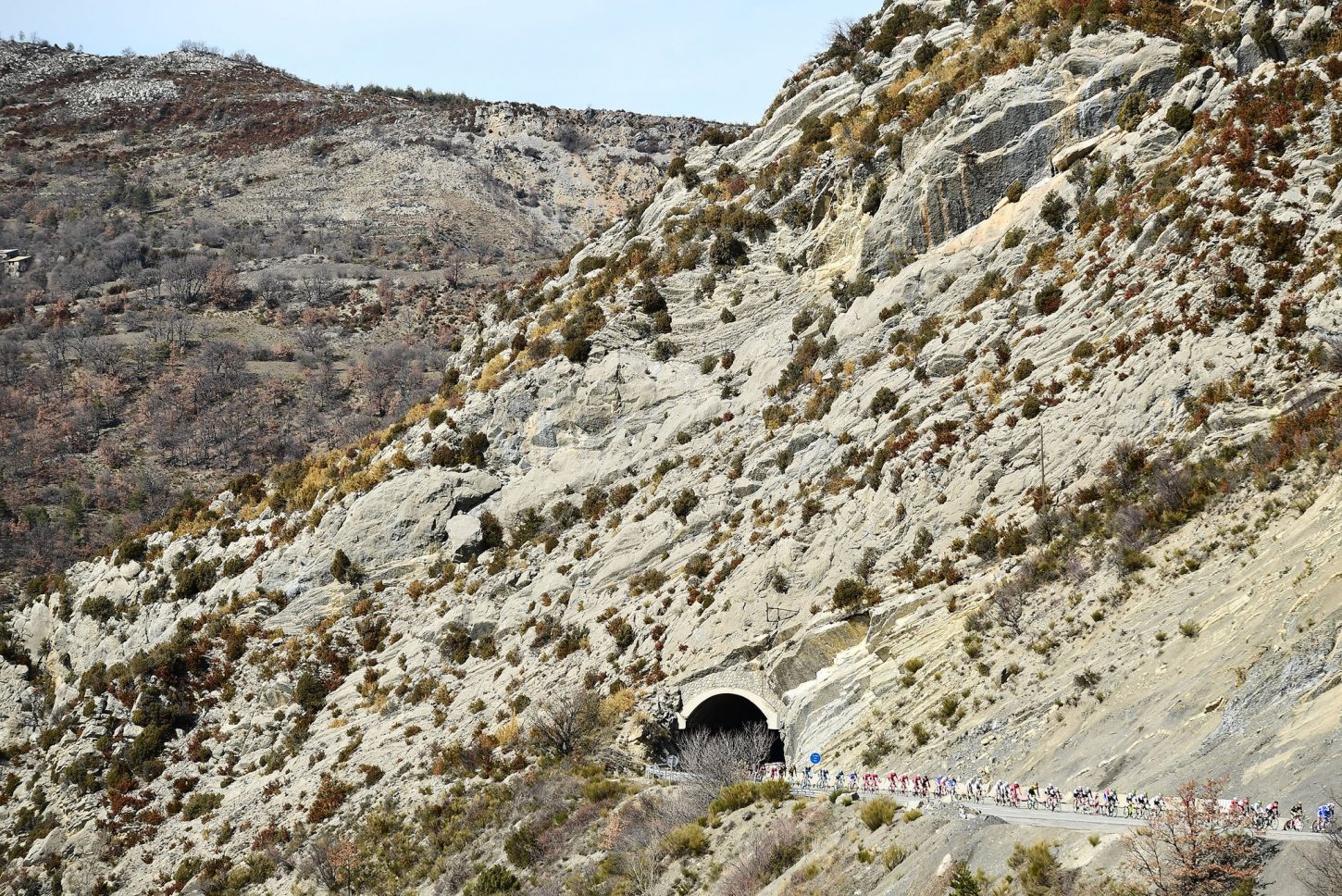 Rudy Molard (Groupama-FDJ) breezed across the finish to claim a hard-fought solo victory in stage 6 of Paris-Nice today, after the French rider rode clear of his two breakaway companions Tim Wellens (Lotto Soudal) during the final 2 kilometers to seize the stage honors.

Meanwhile, Luis Leon Sanchez (Astana) finished  in fourth place to retain his lead in the overall classification, while Alaphilippe moved into second place, now 22 seconds behind Sanchez followed Marc Soler (Movistar) in third at a further 4 seconds back.

Several attempts took place from the start but it took a twist of fortune for a break to take shape as part of the peloton went on a wrong course, leaving two groups to lead the way.

The two groups merged, putting 13 riders in the lead at kilometer 33, with a 2:25 gap with the peloton. At the first intermediate sprint at Prefaissal (km 36.5), Barbero was first ahead of Scully and Grellier. The pack, led by Luis Leon Sanchez’s Astana team-mates reduced the gap until Dylan Teuns – one minute adrift in the GC – decided to relax not to jeopardise the breakaway. The gap had remained stable (2:10) when the beak reached Col de Luens (2nd cat, Km 101) with Thomas De Gendt showing the way ahead of Fabien Grellier, defending team-mate Jerome Cousin’s polka-dot jersey.

In the ascent of Col Bas (2nd cat, km 121) De Gendt, Grellier, Moinard, Scully and Barbero parted with their former breakaway companions. But Kristoff, Lemoine Politt and Martens rejoined them at kilometer 128 as Bak, Demare and Van Lerberghe lost ground despite several efforts to make it back in the descents. The same five emerged again in Cote de Cipieres (km 149) and in Cote de Gourdon (159.5) while De Gendt collected 28 points to bring his KOM tally to 29 but Grellier, who picked 20 in the four first climbs of the day, kept the polka-dot jersey in the hands of Direct Energie by picking 20 points for a total of 31.

Sanchez and Martin in trouble

The Frenchman let his former companions go in the descent and the four were finally reined in with 25 km to go. Meanwhile yellow jersey holder Luis Leon Sanchez punctured in the descent and was forced to change bikes with Omar Fraile. But the Spaniard made it back into the peloton. Ireland’s Daniel Martin (UAE), third a year ago, also suffered a mechanical as the battle was raging and lost precious ground. The Cote de la Colle-sur-Loup was as eventful as planned. Countless attacks took place, led in turn by Alexis Vuillermoz (AG2R), Simon Yates (Mitchelton-Scott), Wout Poels (Sky) and title-holder Sergio Henao (Sky).

Team Sky’s hopes were seriously harmed in the descent, 7 km from the finish line when Poels crashed into a roadside barrier and was forced out of the race with a suspected broken collarbone. In the last three kilometers, Simon Yates and Tim Wellens seemed to have the upper hand as they attacked together. But they were caught with two kilometers to go and France’s Rudy Molard took his chance to go on his own. The Groupama-FDJ rider, who lives in nearby Antibes, timed his move to perfection and went on to snatch his first World Tour victory. Tim Wellens and Julian Alaphilippe were left to battle it out for the podium places while Luis Leon Sanchez finished fourth to retain his yellow jersey.