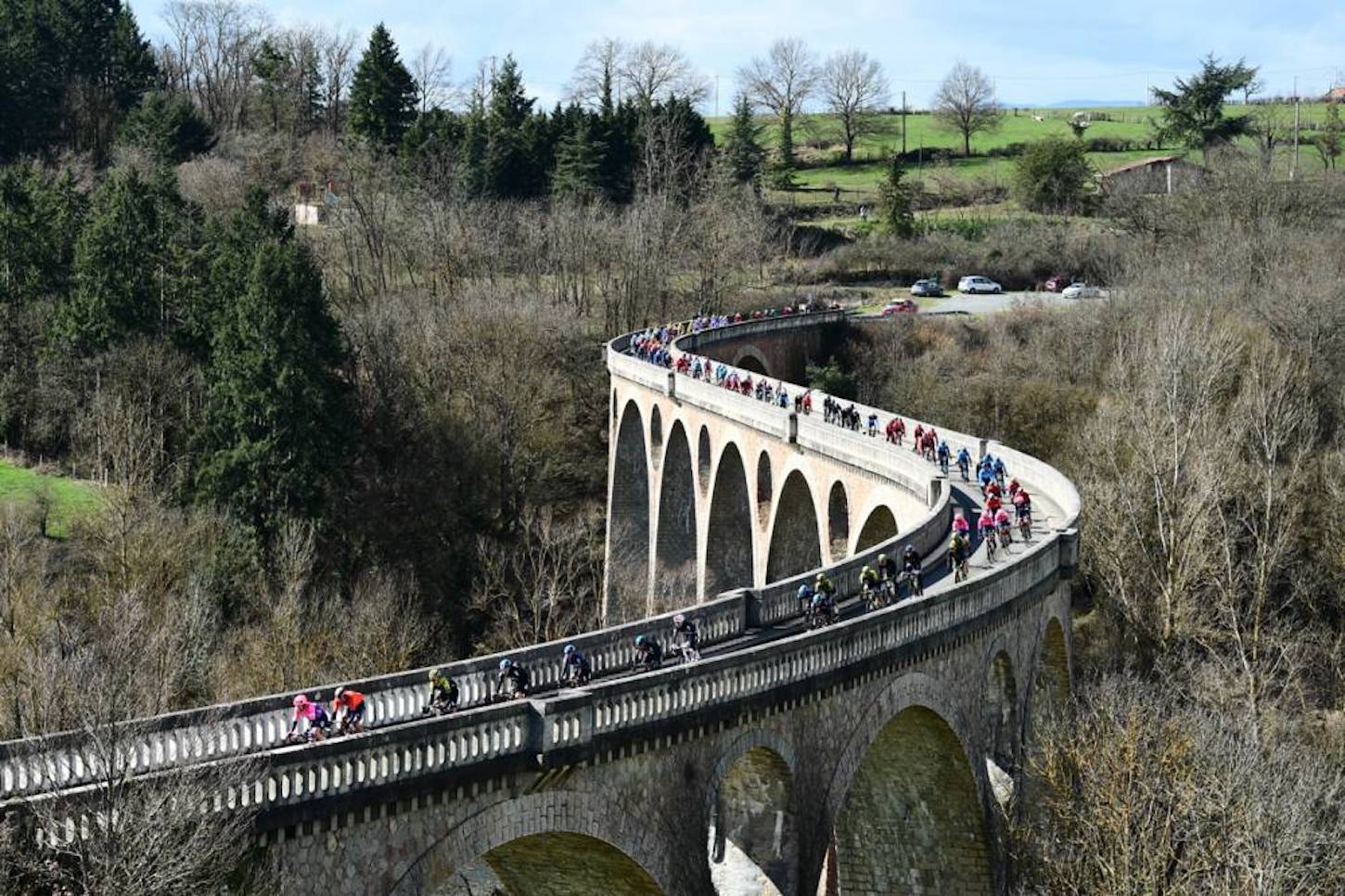 Magnus Cort (Astana Pro Team) claimed stage 4 of Paris-Nice today. The Danish rider attacked out of the remaining breakaway group during the waning moments of the race to seize a solo victory in Pélussin.

Thomas De Gendt (Lotto Soudal) set off in pursuit of Cort, but was unable to catch the Astana rider during the long run-in to the finish, grabbing second spot on the podium ahead of Giulio Ciccone.

From there, the group went on to establish a maximum lead of more than six minutes.

However, by the time the escapees reached the base of the category 2 climb of Côte de Trèves their advantage was down to just over three minutes.

De Gendt continued to lead the breakaway over the Côte de Condrieu, while Cort was briefly distanced by the group and forced to chase his way back.

With just over 33 kilometers to go, De Gendt succeeded in dropping all but six of his breakaway companions, with Bernard, De Marchi, Gesbert, Cort and Le Turnier holding firm.

On the penultimate climb of the Côte de Saint-Michel-sur-Rhône, it was De Gendt who once more controlled the tempo, while the peloton managed to reduce the break’s lead to just two minutes.

But that’s where the gap stayed. Even when the leaders soared up the final climb of the Côte de Chavanay with just over 10 kilometers remaining, the chase could only muster another 40 seconds.

With the finish in sight, Cort moved to the front, subsequently unleashing his sprint.

De Gendt attempted to give chase, but the Dane proved to be too strong.