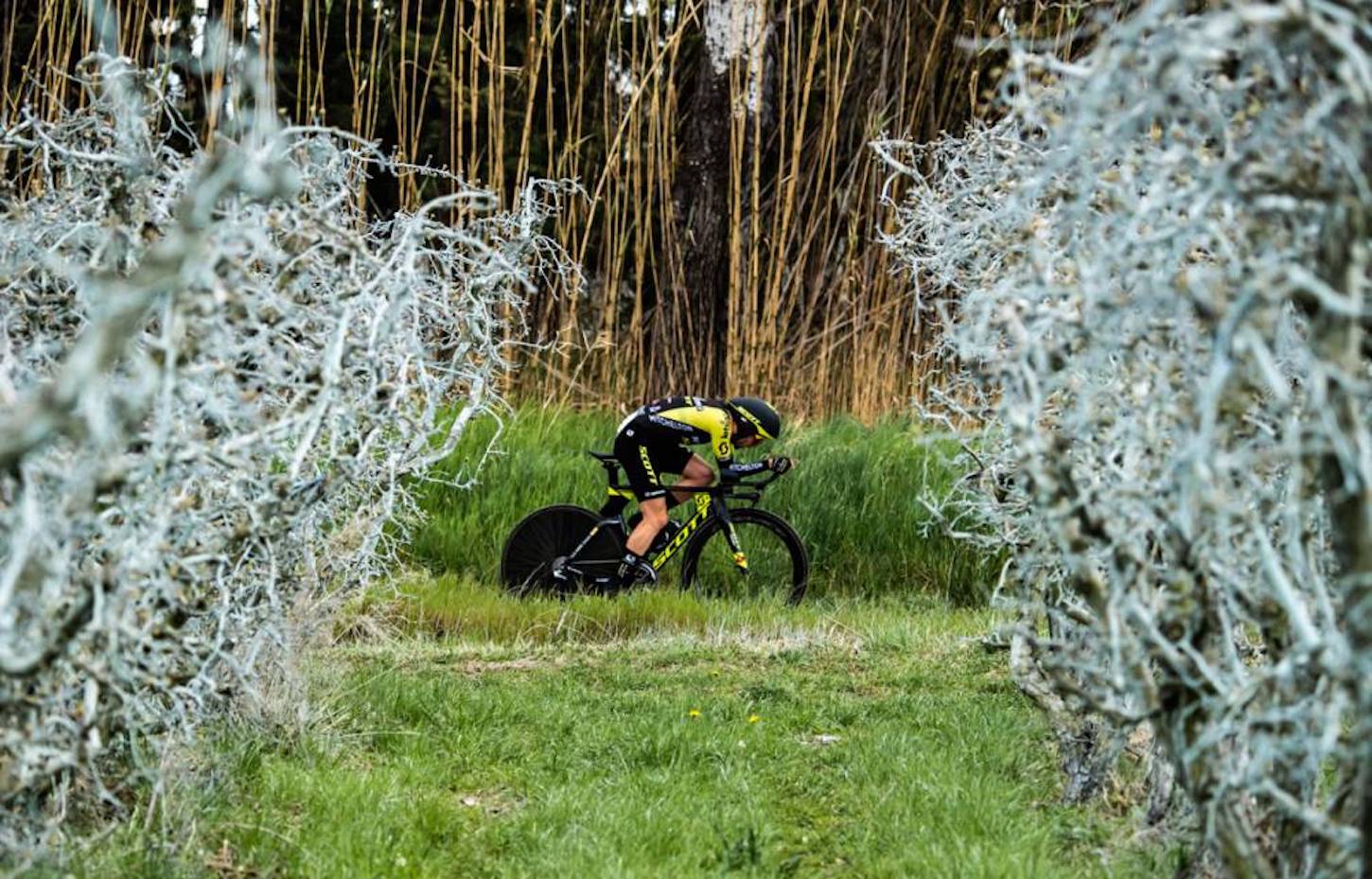 Simon Yates took advantage of changing wind conditions to make amends after a disappointing start to Paris-Nice, upsetting the favorites to snatch stage 5, a 25-km individual time trial around Barbentane, while Team Sky tightened their grip on the GC with Michal Kwiatkowski leading the way ahead of team-mate Egan Bernal. Vuelta champion Yates clocked 30:26 to win clinch first career time trial ahead of Germany’s Nils Politt (Katusha), while Kwiatkowski was third.

Julien Vermote (Dimension Data) was the first rider on the course at 13:18 in sunny, mild weather. He crossed the line, 25 km later, in 32:38. New Zealanders set the pace in the early stages of the race as Tom Scully (Education First), in 30:53, and Jack Bauer (Mitchelton-Scott) found themselves in first and second places after 60 starters. The two leading actors of the 2018 edition, Marc Soler (Movistar) and Simon Yates (Micthelton-Scott) reacted after a frustrating start to the race by beating the 31-minute mark at 30:56 for the Spaniard while the British Vuelta champion set a new fastest time in 30:26, dislodging Tom Scully from top spot.

Team Sky, by contrast, again gave a show of strength. White jersey holder Egan Bernal finished 6th, 15 seconds adrift, while Michal Kwiatkowski, while he could not contend for the stage win because of the headwind, strengthened his yellow jersey at the expense of Luis Leon Sanchez. The Pole now leads team-mate Bernal by 19 seconds and Sanchez by 28 ahead of an exciting finale to the Race to the Sun at the weekend.