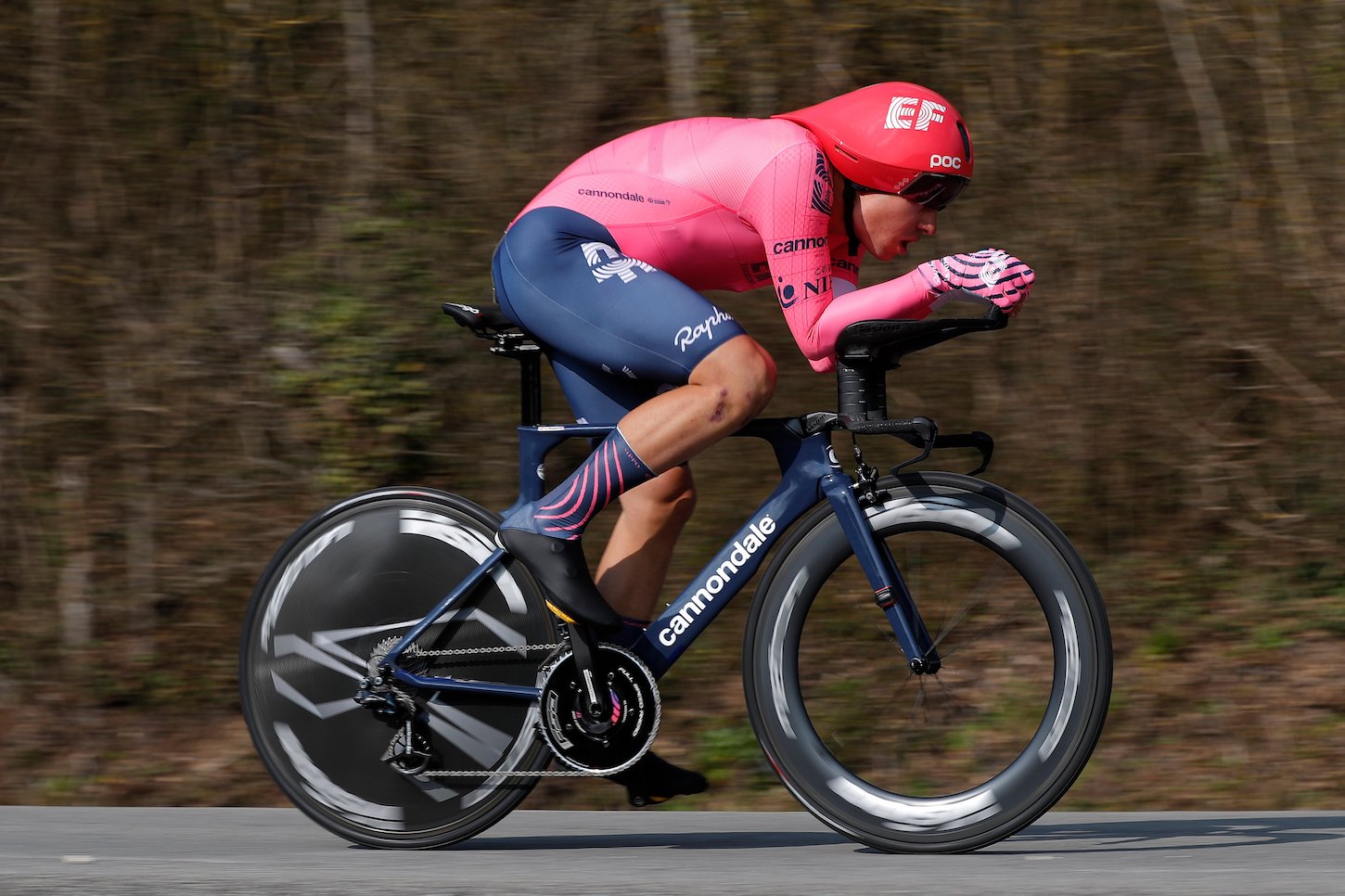 The young, Swiss rider not only claimed today’s ITT, but also moved up into the overall race lead, sharing the same time as Cavagna, while Primoz Roglic (Jumbo-Visma) is in third place – six-seconds behind.

Rohan Dennis (Ineos Grenadiers) set the early best time along today’s mostly-flat 14.4 kilometer route in Gien. But, the Australian rider was later dethroned by Søren Kragh Andersen (Team DSM), who stopped the clock with a faster time by three-seconds.

Andersen’s time was then bested by Roglič. But, his time in the “hot seat” didn’t last long, as Cavagna set a sizzling pace during the second half of the course to beat his Slovenian rival by 5.8 seconds.

Bessigger then set an even more blistering pace that would snatch the stage honors from Cavagna by a mere second, while also wresting the yellow jersey from the shoulders of Michael Matthews (Team BikeExchange).