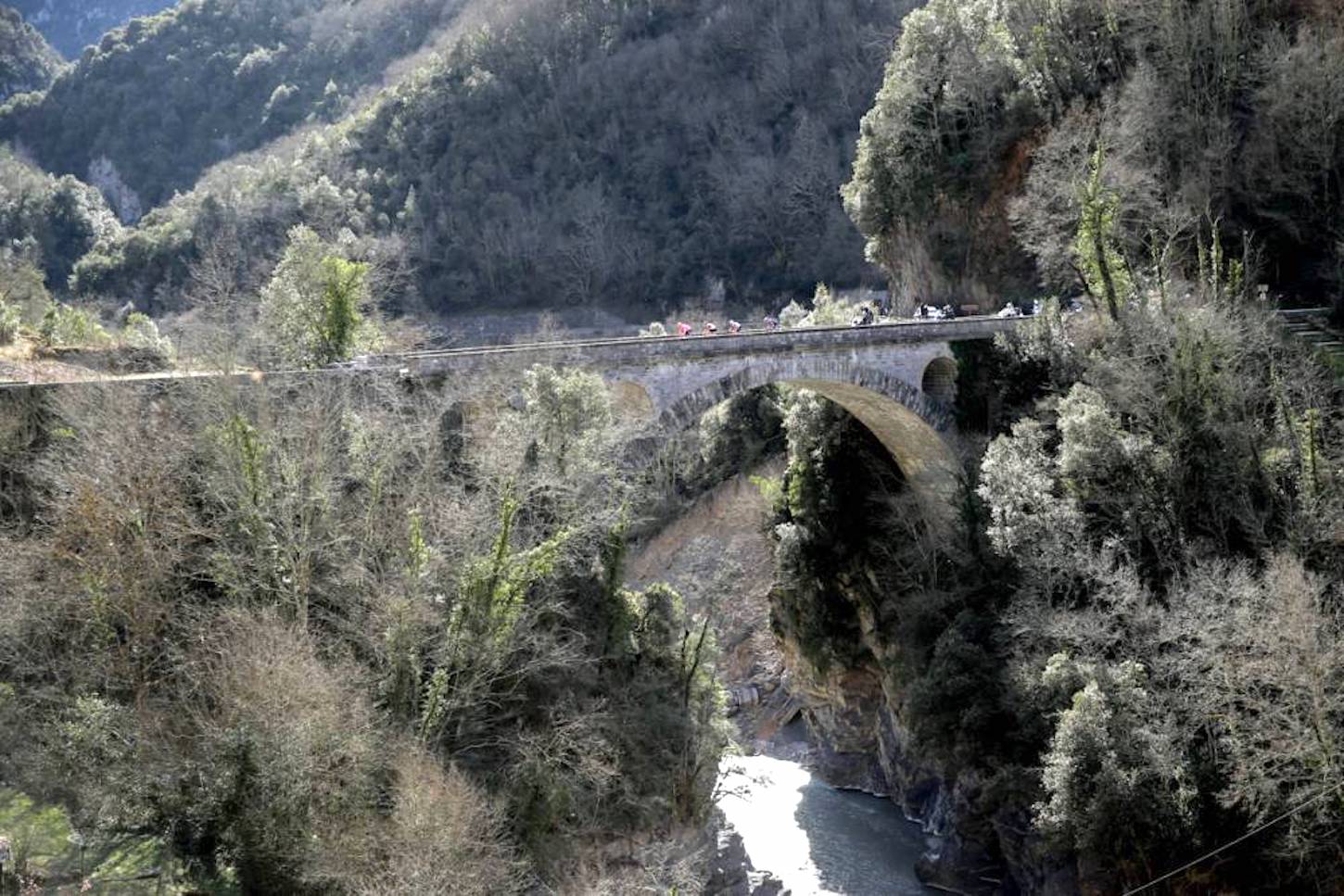 Magnus Cort swept to Stage 8 victory in a sprint for the line but all the drama happened earlier on a crazy final day that was expected to be a procession.

Historically, Paris-Nice has been won by slender margins but Roglic rolled out on Sunday with a 52-second advantage over Schachmann.

Sporting a huge road rash on his left thigh, Roglic set about trying to close the gap with no teammates left to help, while the peloton being driven Bora-Hansgorohe kept him away.

From there, Schachmann was propelled into the virtual lead. But the German could not rest as Astana duo Aleksandr Vlasov and Ion Izagirre were 19 and 23 seconds adrift respectively and eager to attack.

Down the road, Roglic was trying in vain to close the gap – having a huge scare when he misjudged a corner and almost plummeted down a steep drop.

Schachmann managed to close down any attacks, particularly from Izagirre, before finishing safely in the bunch in 10th behind Cort to avoid any late drama.

For Roglic, it was another disastrous conclusion to a stage race in France, with memories of his Tour de France time trial collapse brought flooding back as Schachmann celebrated a title that should have been his.

It was an eventful weekend for the 31-year-old, who caused controversy on Stage 7 after sweeping past lone escapee Gino Mader (Bahrain Victorious) with the finish line in sight.

The were several breakaway attempts early on in the stage, with Julien Bernard (Trek-Segafredo) being the most active rider as the peloton was tackling the first ascent of Cote de Duranus.

Dylan Van Baarle (Ineos-Grenadiers) was first at the top ahead of Dylan Teuns (Bahrain), Sergio Henao (Qhubeka-Assos) and Quentin Pacher (B&B Hotels).  The four were joined by Dorian Godon  (Ag2R-Citroen) and Louis Meintjes (Intermarché) in the descent. But the six were caught by the bunch shortly before the first bonus sprint of the day, won by Aurélien Paret-Peintre (Ag2R-Citroen).

Several crashes took place in a nervous peloton, starting with David Gaudu (Groupama-FDJ), who was forced out of the race, until race leader Primoz Roglic hit the tarmac in turn at kilometer 22 and was brought back into the peloton.

Laurens De plus (Ineos Grenadiers) later joined the breakaway group before the second ascent of Cote de Duranus, led by Barguil, ahead of Theuns and Bystrom. The gap increased during the climb, as the pack seemed intent on avoiding further crashes.

With 25 kilometers to go, Roglic suffered a mechanical problem and found himself dropped by the peloton. Schachmann’s Bora-Hansgrohe and Astana led the pack at full speed to drop the yellow jersey holder while George Bennett and Steven Kruijswijk tried vainly to bring him back.

The Slovenian gradually lost ground as the final victory was eluding him with each kilometer. At the front, Barguil, Bernard, Bystrom and Rutsch went but were quickly reined in by the speeding peloton, in which Schachmann was getting closer to a second win in the Race to the Sun.

With 15 kilometers to go, Roglic had lost his 52-seconds lead over the German. At the finish – and after nearly crashing again with 5 kilometers to go – Roglic lost more than three minutes.

During the last 3 kilometers, Gino Mader (Bahrain), who had narrowly lost to Roglic in La Colmiane, tried his luck again with Guillaume Martin (Cofidis) and Krists Neilands (Israel Start-Up Nation) but the pack regrouped.

In the final sprint, Magnus Cort Nielsen was the most cunning and he attacked before the last corner to upstage Frenchman Christophe Laporte (Cofidis) on the line. It was the Dane’s second stage win on the Race to the Sun after the one earned in 2019. France’s Anthony Perez (Cofidis) retained his polka-dot jersey.