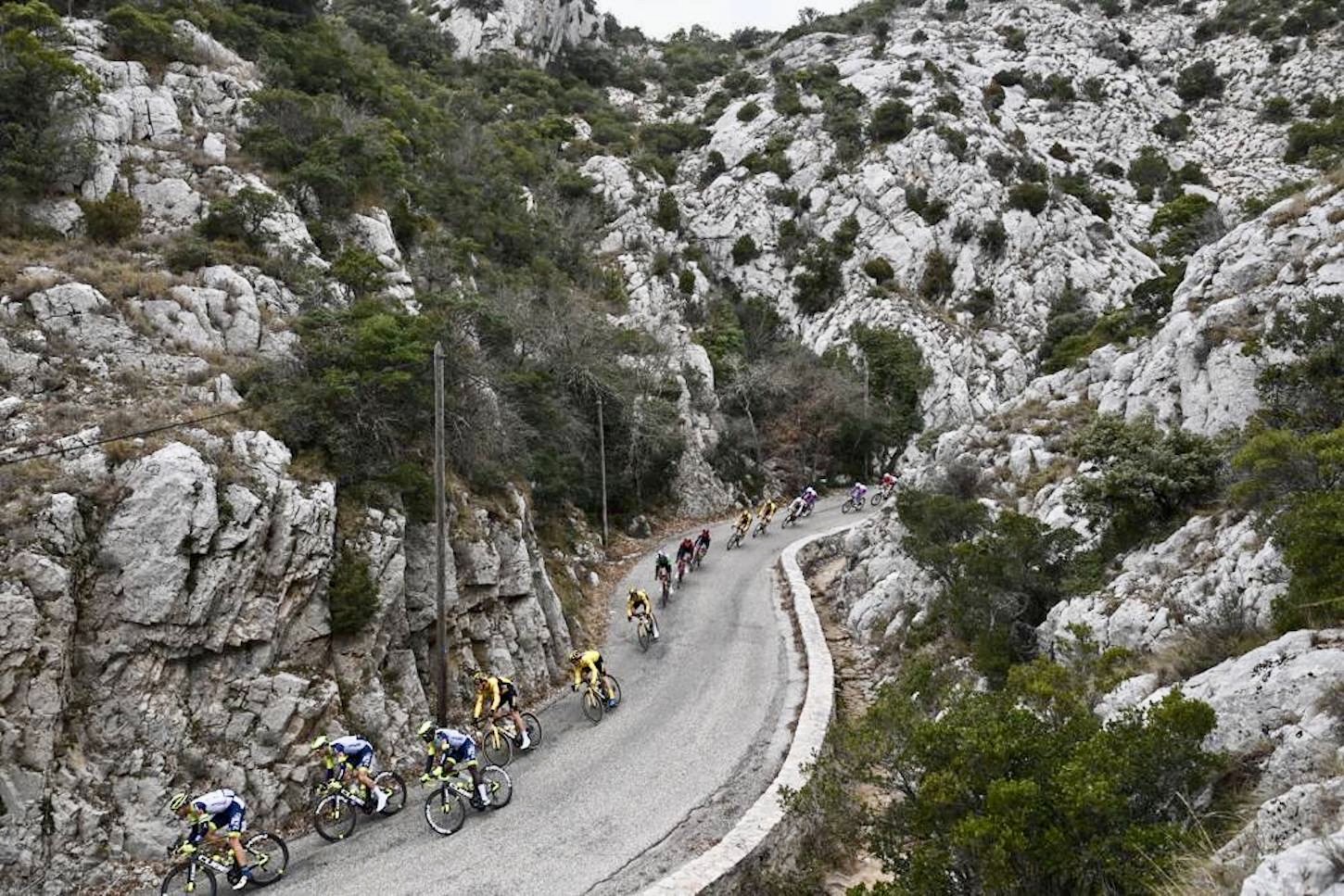 Burgaudeau executed his winning move along uphill intermediate sprint in Lascours with just under 9 kilometers to go, later opening up a slight advantage of 20 seconds over the peloton with 3.5 kilometers remaining.

While his gap started to dwindle during the final kilometer, Burgaudeau managed to hold onto the slimmest of margins to seize the stage honors.

Meanwhile, Primož Roglič (Jumbo-Visma) finished safely in the peloton to maintain his grip on yellow jersey ahead of tomorrow’s summit finish atop the Col de Turini.

At 213.6 kilometers, today’s stage was the longest in this year’s Race to the Sun, with six riders managing to escape early on in the race.

However, the last of the escapees, Johan Jacobs (Movistar), Victor Koretzky (B&B Hotels-KTM) and Matthew Holmes (Lotto Soudal) were eventually reined in along the descent of the Col d’Espigoulier with 27 kilometers to go.

Shortly thereafter, Søren Kragh Andersen (DSM) tried his luck with an attack along the descent, but that script was later torn up by Burgaudeau with his canny late attack.