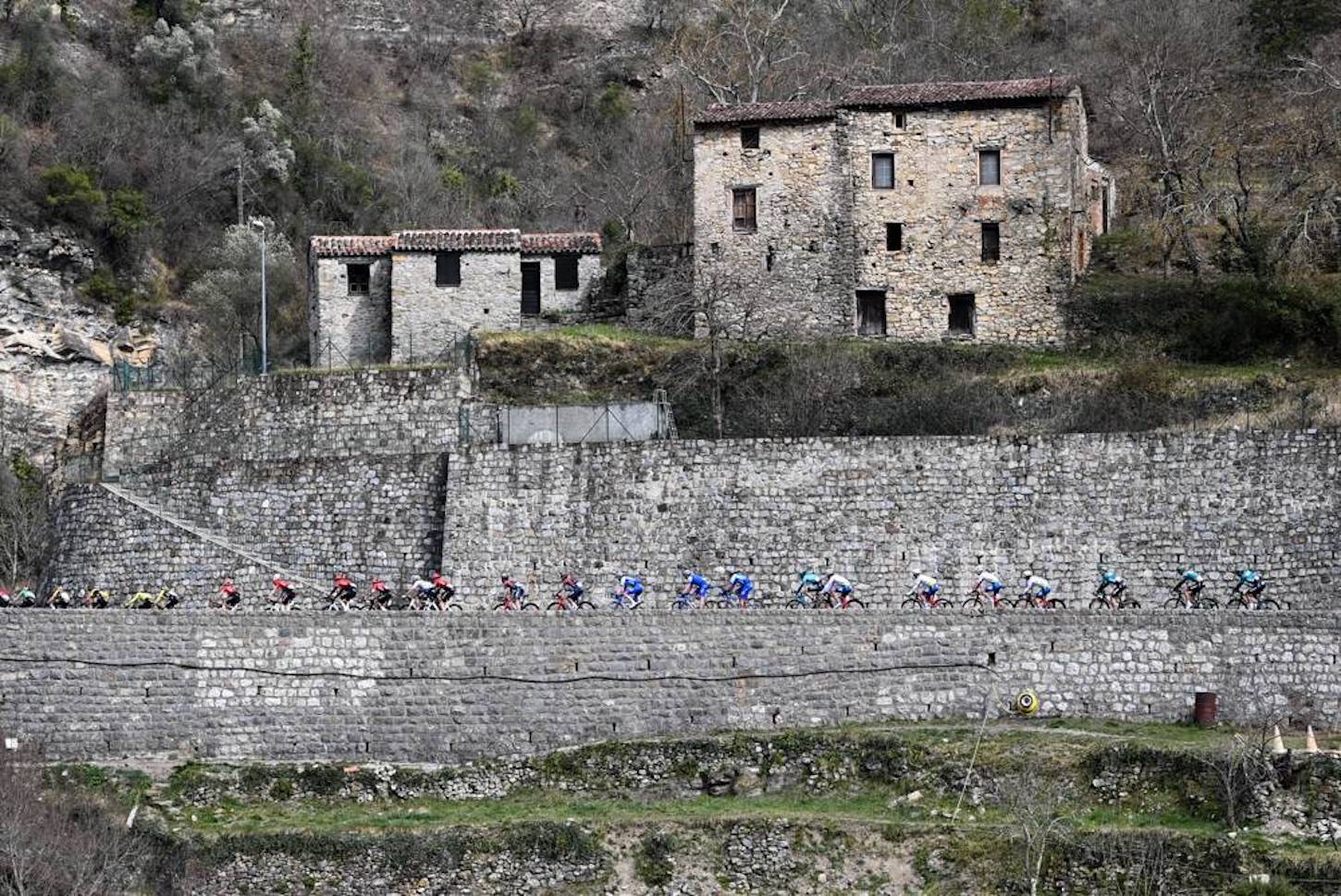 Yates was the first to attack on the final climb. But, as the British rider began to struggle, Roglič put in a blistering attack with six kilometers to go – with only Martínez able to follow.

However, a determined Yates managed to bridge his way back to Roglič and Martin during the last 3 kilometers, taking Nairo Quintana with him.

With just one kilometer to go, Yates commenced a couple of attacks, with Roglič and Martinez keen to mark his aggressions.

Inside the last 200 meters,  executed his winning move, easily dispatching Martinez and Yates to seize the stage honors.

However, a vigilant peloton never allowed the group to amass much of an advantage, keeping the reins tight until the last escapee was reeled in during the remaining 10 kilometers.

In the meantime, splits in the peloton caused Wout van Aert (Jumbo-Visma) and UAE Team Emirates’ João Almeida and Brandon McNulty to be briefly distanced.

Yet, despite making his way back to the group, van Aert was again dropped at the start of the final climb, as there battle between Yates, Roglič and Martínez started to unfold.

Roglič now leads the race by 47 seconds going into the final stage ahead of Yates with Martínez sitting one minute behind.