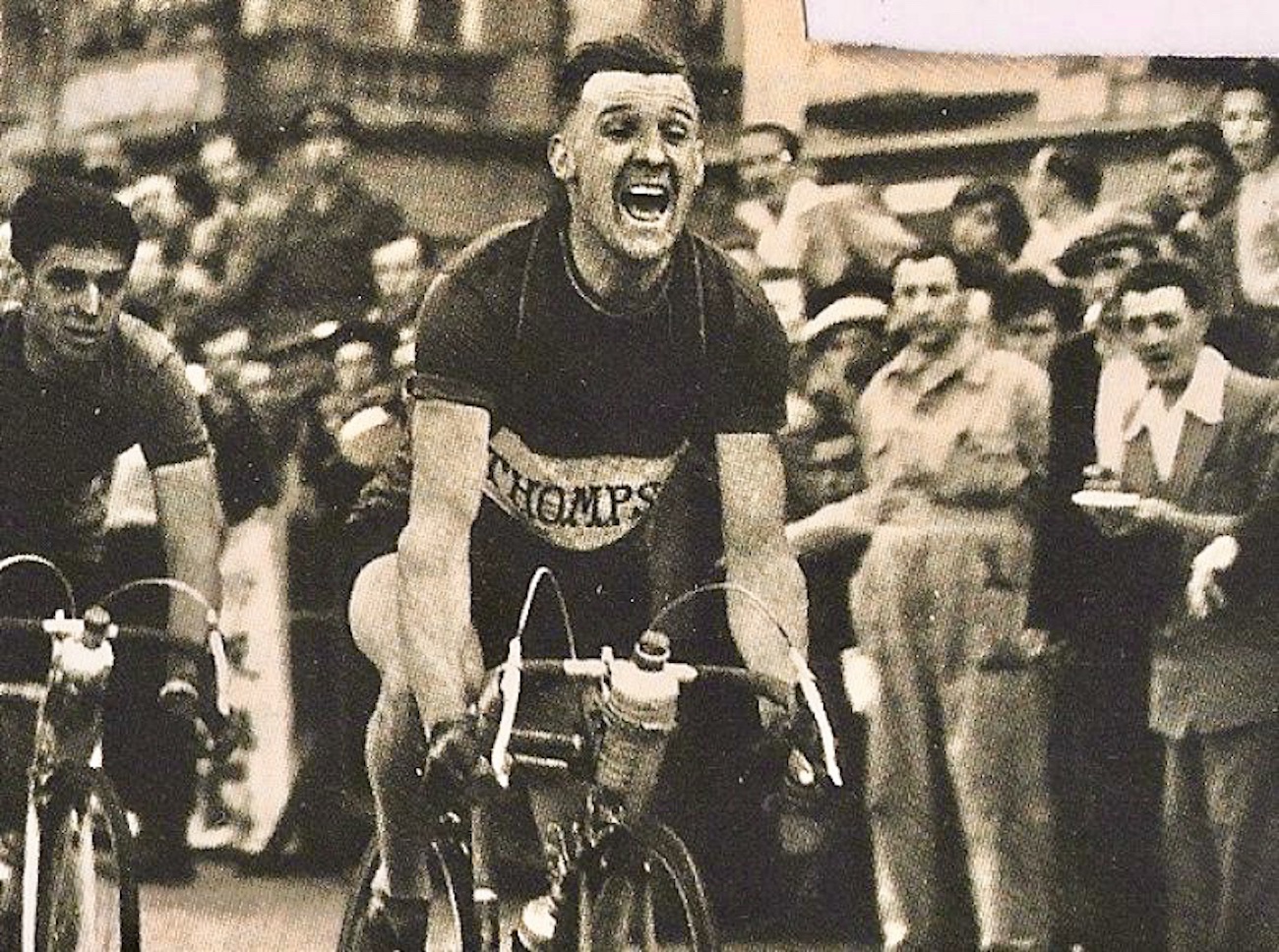 Despite being overshadowed by fellow Belgians Briek Schotte, Rik Van Steenbergen and Rik Van Looy, Decock gained recognition after winning the Paris-Nice race in 1951, followed by the Belgian Classic in 1952.

Enthusiasts will remember how Decock famously escaped in the company of Schotte and Loretto Petrucci after Louison Bobet had been caught following his attack on the Muur van Geraardsbergen in that year’s Tour of Flanders. He proceeded to outsprint Petrucci and Schotte to claim victory at the finish in Wetteren.

Decock was also famous for stopping to help Tour de France leader Wim van Est, who had fallen ’s fall into a ravine along the descent of the Col d’Aubisque during stage 13 to Tarbes. He raised the alarm and stopped at the roadside to help the stricken Dutchman. Decock lay 5th overall before the stage, but lost 25 minutes in the process. He finished the Tour in 17th place overall.

“He [van Est] was wearing the yellow jersey then. I was fifth. I didn’t climb as well as Louison Bobet or Gino Bartali, but I got my share. In the stage to Tarbes, Van Est and I were on the top of the Aubisque. In the descent, Wim already slipped at the first two turns, but at the third, it was a good price. He flew 70 meters deep in the ravine. I tried to inform everyone that Van Est had fallen badly, but nobody stopped until my sports director Sylvère Maes stopped and asked what I was doing there,” Decock had recalled to Het Nieuwsblad.

“I told him that Van Est was down there, that he urgently needed help,” Decock continued. “Maes told me it would be all right and I had to ride on. I lost 25 minutes waiting, but I didn’t care. I found a person in need more important.”

After racing, Decock ran a café, first in Izegem, then in Tielt and finally in Ghent. Het Nieuwsblad remembered the Ronde winner as a natural raconteur: “With his death, a fantastic storyteller about cycling during and after World War II has also left us.”

Decock died at his home in Aarsele, Belgium on Saturday.