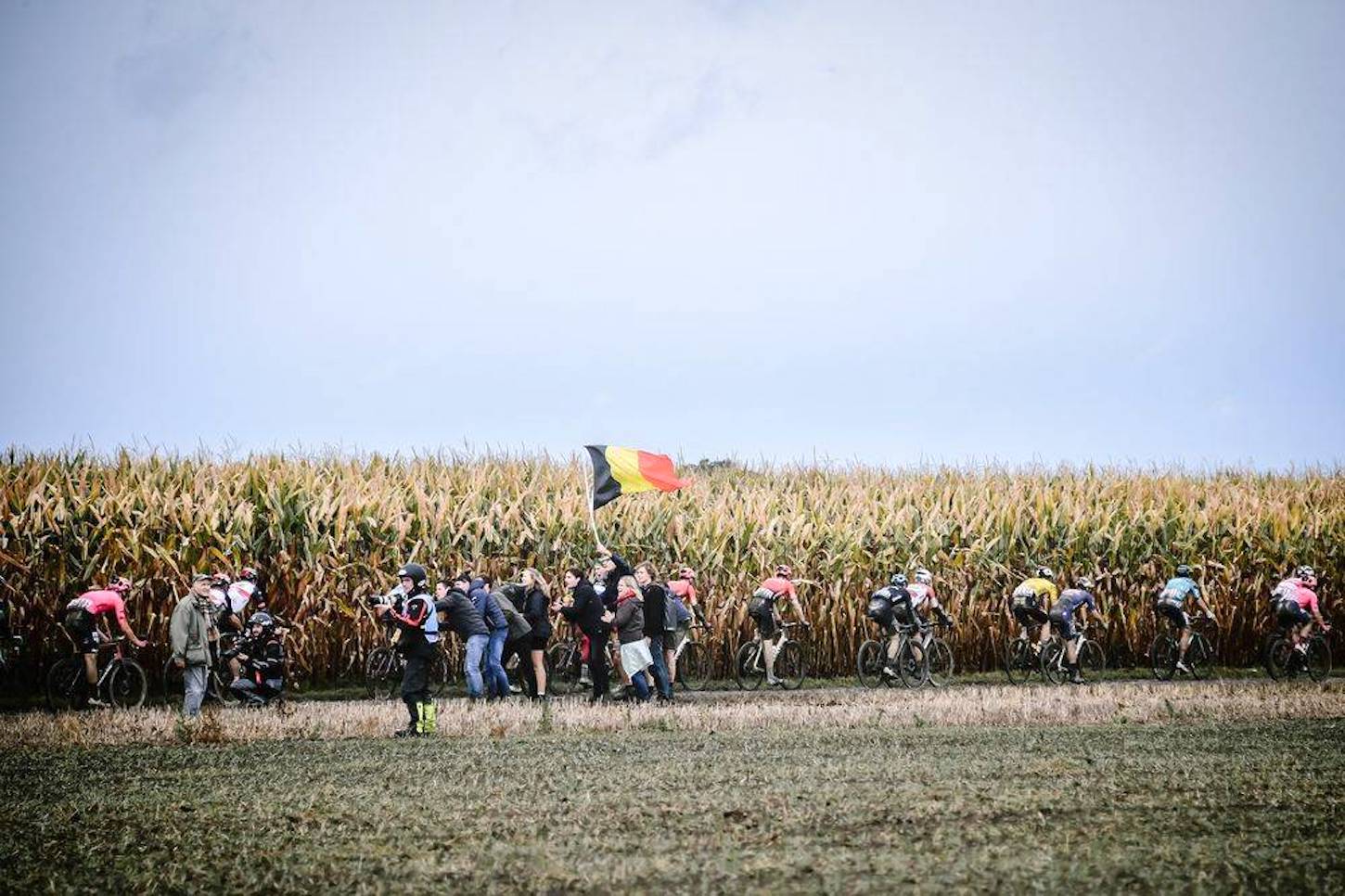 The trio was successful in reining in Gianni Moscon (Ineos Grenadiers) on the Carrefour de l’Arbre, later dispatching the lone breakaway rider with 16 kilometers to go.

From there, Van der Poel upped the pace with Colbrelli and Vermeersch quick to mark their Dutch rival’s aggressions, with each rider taking his turn keeping the pace all the way into the Roubaix velodrome.

With the finish in sight, Vermeersch was the first to open up the slow-motion sprint, with Colbrelli muscling his way past the Belgian rider and Van der Poel to claim this year’s Hell of the North.

A large breakaway group eventually whittled down as the day wore on, with Moscon going clear with 60 kilometers remaining, looking poised to secure the victory until he suffered a puncture. But, the Italian rider was able to make a quick bike exchange and forge ahead.

With 40 kilometers to go, Moscon continued to extend his lead to over a minute. But, chaos once again plagued the Ineos-Grenadier rider, who crashed along the seventh sector. However, he was able to remount quickly and carry on once more.

Meanwhile, Van der Poel et al were just one hundred meters behind, with a 16-second deficit.

Still, a determined Moscon succeeded in eking out an advantage of a few more seconds before being caught.