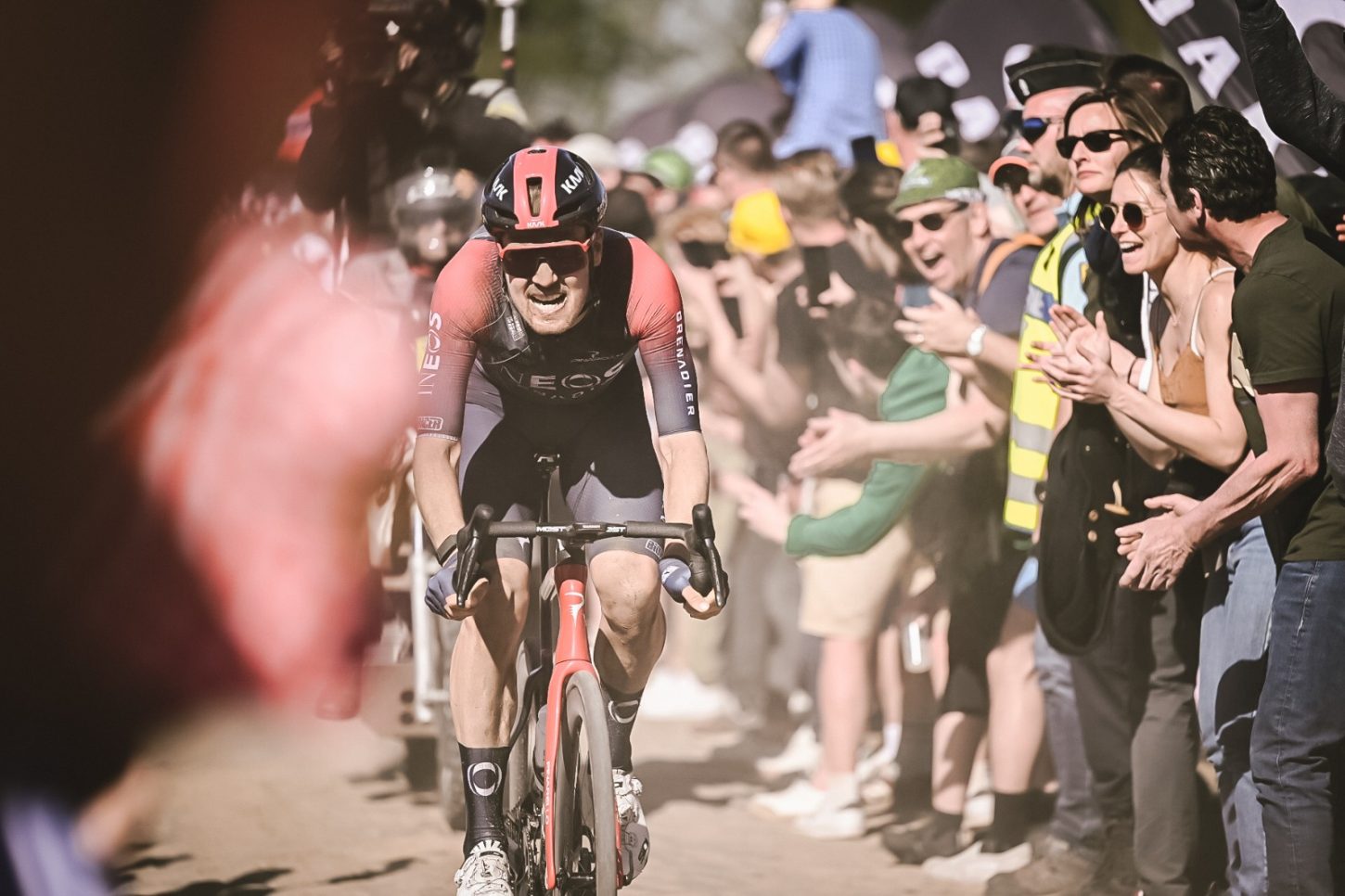 Dylan van Baarle (Ineos Grenadiers) claimed today’s Paris-Roubaix, after the Dutch rider executed a lone attack along the cobbles of the Camphin-en-Pévèle with 18 kilometers remaining, crossing the finish in the famous Roubaix velodrome almost two minutes ahead of Wout van Aert (Jumbo-Visma), who outsprinted Stefan Küng (Groupama-FDJ) for second place.

Laurent Pichon, Owain Doull and Aleksandr Riabushenko were the first riders to breakaway from the peloton early-on, later eking out a slight advantage of 1:30 while the route to Roubaix was still 210 kilometers away.

In the meantime, a series of crashes and mechanical problems plagued both echelons of the peloton, with Matej Mohorič, Tom Devriendt, Laurent Pichon, Casper Pedersen and Davide Ballerini taking up the chase before the divided field came back together again.

With about 30 kilometers remaining, Lampaert decided to animate things, with Mohorič and van Baarle quick to mark his move.

But it was Stuyven who attacked with 23 kilometers to go to, taking van Aert and Küng with him, while van der Poel fell behind. Unfortunately for Stuyven, he punctured just ahead of Camphin-en-Pevele with 20 kilometers to go.

Van Baarle later surged off the front group, while Lampaert and Mohorič chased in earnest.

Van Baarle hit the Carrefour de l’Arbre with an ever-increasing lead over his rivals.

From there, it was a drag race to the line. However, there was still some drama to come, with Lampaerts being upended by the stray arm of a spectator that resulted in him crashing hard on the cobbles.