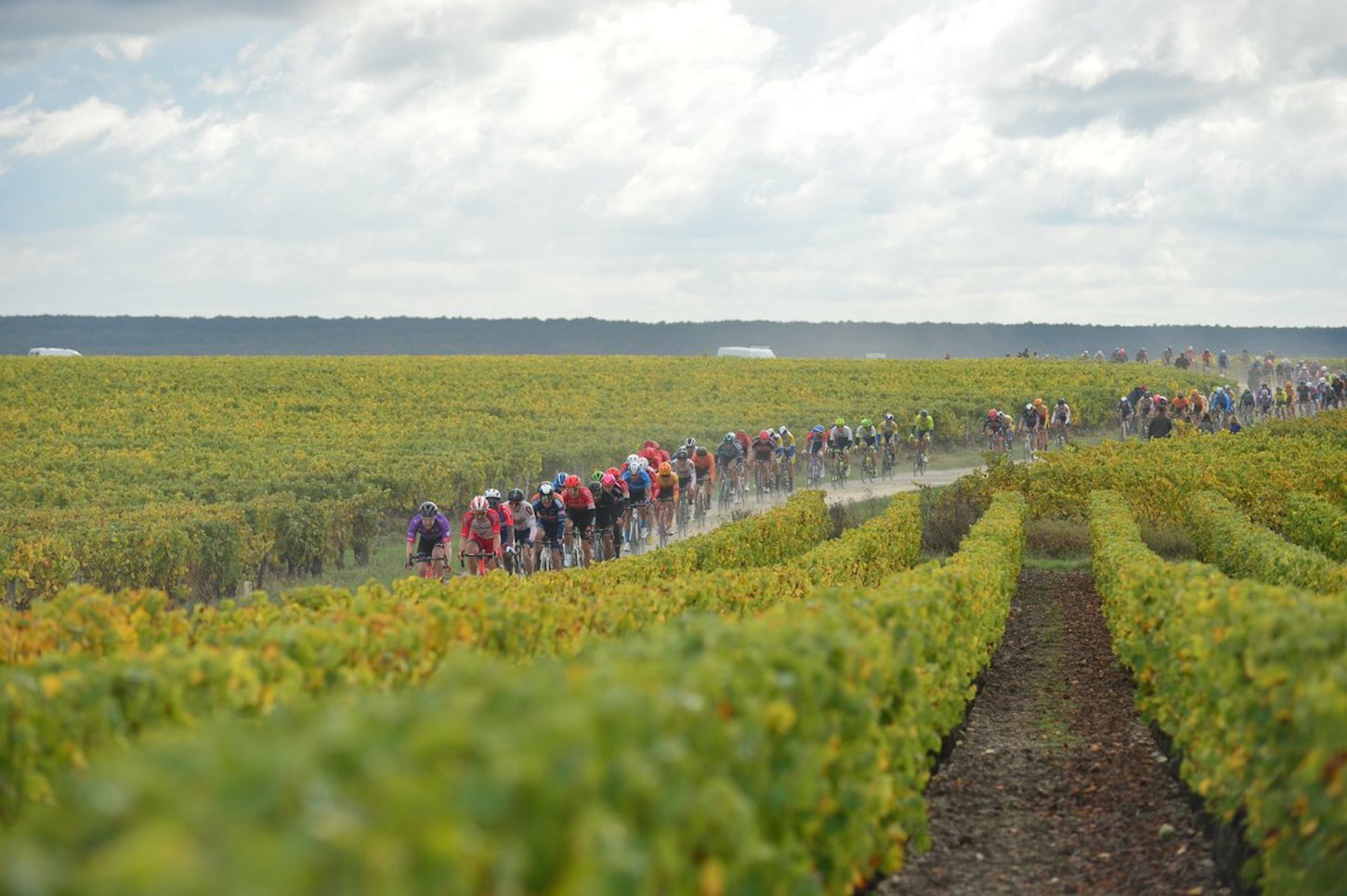 Casper Pedersen (Team Sunweb) claimed his biggest success as a professional rider on Sunday as he dominated Benoît Cosnefroy (AG2R-La Mondiale) in a 2-man sprint on the Avenue de Grammont. At 24 years old, he brings Denmark a 4th success in Paris-Tours, two years after his teammate Soren Kragh Andersen, who couldn’t defend his chances in the finale due to a crash. Cosnefroy lit up the race in the vineyard tracks but Pedersen held on and outsprinted him in the end. Joris Nieuwenhuis (Team Sunweb) finished 3rd from a small chasing group.

A 146-rider pack rolls out of Chartres with a tailwind to push them on the way to Tours. Evaldas Siskevicius (Nippo-Delko Provence), Elmar Reinders (Riwal Securitas), Petr Rikunov (Gazprom-Rusvelo), Emiel Vermeulen (Natura4Ever-Roubaix-Lille Métropole), Sergio Martin (Caja Rural) and Mikel Aristi (Euskaltel-Euskadi) get away in the first kilometers of the race. The six attackers open a 3’ gap at km 19 before Soren Kragh Andersen’s Team Sunweb and Benoît Cosnefroy’s AG2R-La Mondiale start controlling the bunch.

The gap reaches a maximum of 4’10’’ but riders from AG2R-La Mondiale, Sunweb, Uno-X and B&B Hotels-Vital Concept put the hammer down after the feeding zone. The peloton splits in four groups and the gap to the breakaway is down to 1’30’’ with 100km to go. But the pace then drops and riders who were originally distanced come back. There are about 100 riders in the main group and the gap to the breakaway increases again: 2’30’’ with 96km to go, and back to 3’30’’ with 87km to go.

The tension runs high ahead of the first climb of the day, in Goguette, to be immediately followed by the first vineyard track, 50km from the finish. The gap gets down under 2’ and the 2018 winner Soren Kragh Andersen drops out of contention due to a crash ahead of the main challenges.

Romain Bardet (AG2R-La Mondiale) attacks in the first climb and the action is full on for the last 50km of racing through vineyards and over hills. Benoît Cosnefroy (AG2R-La Mondiale) attacks, again and again. Quentin Pacher (B&B Hotels-Vital Concept) and Rudy Molard (Groupama-FDJ) are also on the move but they can’t keep up. Casper Pedersen (Team Sunweb) is the only rider left with Cosnefroy as they face the fifth track, 28.5km away from the finish.

Arkéa-Samsic and Riwal Securitas drive the bunch but the gap is up to 40’’ with 24km to go. Valentin Madouas (Groupama-FDJ) attacks from the bunch and four riders follow him: Joris Nieuwenhuis (Sunweb), Warren Barguil (Arkéa-Samsic), Petr Vakoc (Alpecin-Fenix) and Romain Bardet. They trail by 30’’ with 12km to go.

The chasers move closer and closer: 13’’ with 6km to go. But Cosnefroy and Pedersen keep working together to make sure they sprint for victory on the Avenue de Grammont. The Dane rider leads the way and maintains a slight advantage on the line to claim the biggest victory in his young career. His teammate Nieuwenhuis dominates the sprint for 3rd with a delay of 30’’.