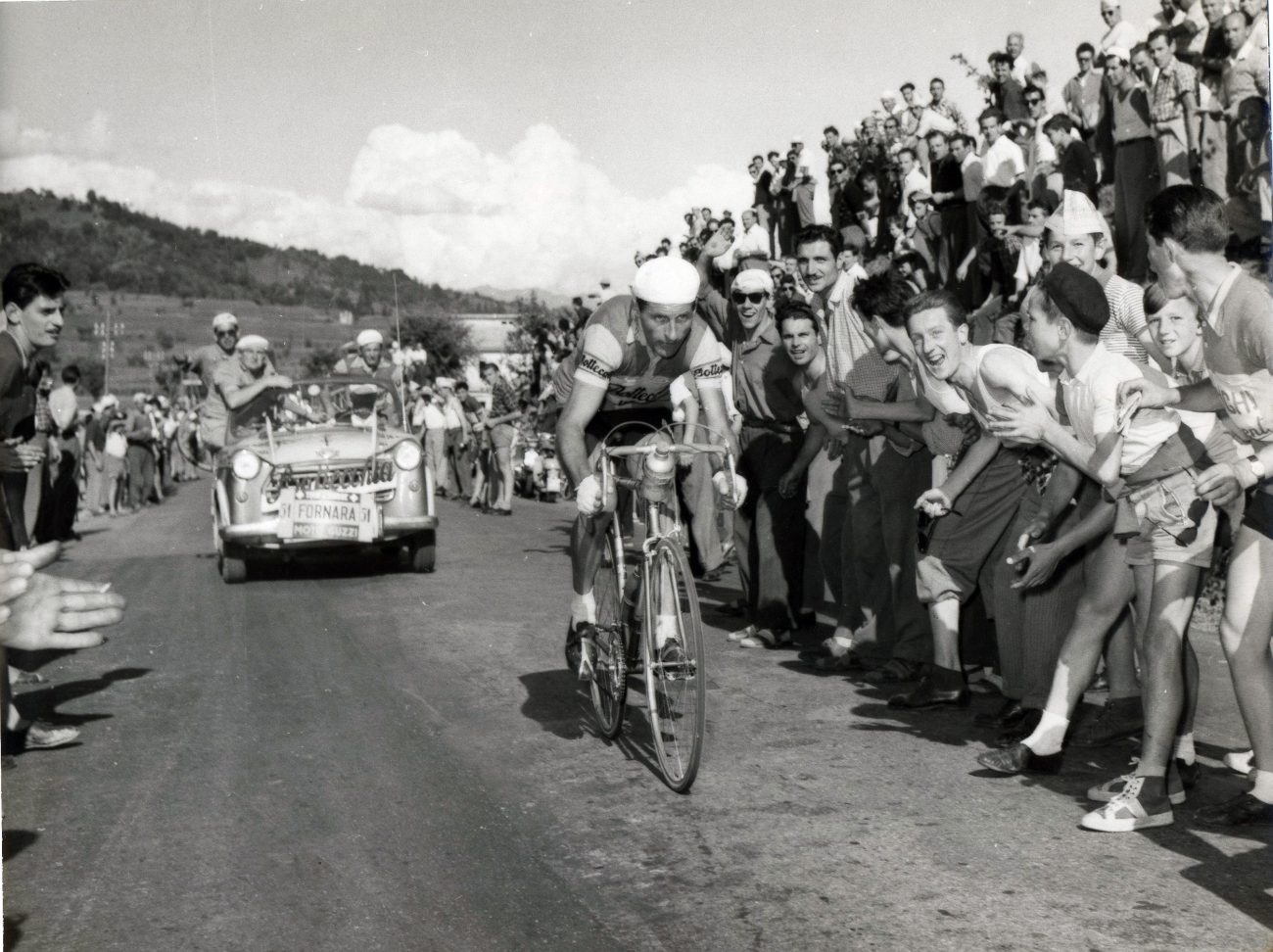 The Italian rider is best remembered for standing on the podium in Grand Tour events on multiple occasions.

For instance, Fornara finished 3rd in the 1953 Giro d’Italia behind Fausto Coppi of Italy and Hugo Koblet of Switzerland, while capturing the coveted Mountains Jersey in that year’s edition of the Italian Grand Tour, along with finishing 2nd in the 1958 Vuelta a Espana behind Jean Stablinski of France.

However, despite near victories in the Giro and Vuelta, Fornara found solace in winning the Tour de Suisse no fewer than four-times in 1952, 1954, 1957 and 1958, along with winning the Mountains Jersey in the 1957 Swiss stage race as well.

Fornara was born in Borgomanero, Italy which is located just north of Turin in the heart of the Mediterranean Sea that shares open borders with France, Switzerland, Austria, Slovenia, San Marino and Vatican City.

He began his career as a professional rider in 1949 during an era that featured such luminaries as Ferdi Kubler, Hugo Koblet, Fausto Coppi, Raphaël Geminiani, Gastone Nencini, Nino DeFilippis and Gino Bartali during the end of his career.

Fornara first gained recognition after winning a stage in the 1952 Giro d’Italia, which was followed up with a podium finish the next season, when he finished almost 7 minutes behind Coppi and Koblet, but not without claiming the prestigious Mountains Jersey and a stage victory in Rimini.

The following year, Fornara finished fourth in the Tour de France, where he was just edged off the podium by Charly Gaul, behind winner Louison Bobet and runner-up Jean Brankart.

However, once Fornara crossed into Switzerland the following year, he never again rode in the shadow of his arch-rivals.

Back then, Fornara was allowed to split his team duties between Cilo in Switzerland and a variety of Italian teams, chiefly Bottecchia. This gave him the opportunity to race in his first Tour de Swisse during his sophomore year in 1951.

Fornara’s breakthrough victory in the 1952 Tour de Suisse came at the expense of both Kubler and defending champion Koblet, both of whom  finished close to five minutes behind their Italian rival.

Fornara again dominated all challengers the next year, using the mountain time trial at Crans to put three-plus minutes into Kubler and Martin Metzger, while winning the mountain stage at Locarno to seal the overall victory.

Fornara returned in 1954, again vanquishing the competition by establishing an advantage of almost three minutes over his closest rivals, including Fausto Coppi, who finished more than five minutes back.

Fornara claimed victory again in the 1957 Tour de Suisse, once more using the mountain time-trial event to stamp his authority on the race, which left his closest rival, Hans Junkermann, a staggering 7:06 behind on the final podium.

But, if history doesn’t remember Fornara’s heroic victories, it will most certainly remember a few of his epic losses. Cycling author Chris Fontecchio recounts some of those moments.

There was the day Fornara summited the Colle delle Fugazze with Koblet and nobody else. There was 1953, when he wore the maglia rosa for a few days in the middle of the race, amidst an epic Koblet-Coppi war. But there was nothing like the day, sixty years ago last week, June 9, 1956. There was also the time the Giro d’Italia headed into the Dolomites for its climactic phase, and none other than Fornara wore the maglia rosa as the race departed Merano into grey skies and dropping temperatures. As the race passed over mountain after mountain, conditions got ever worse, and by Brocon pass riders’ brakes were locking up and snow fell. Fornara abandoned the race, heading into a farmhouse to warm up from what must have been excruciating misery. You don’t let go of the pink unless you have no choice. Charly Gaul famously hung in there and won the stage, and the Giro. Second overall was Fiorenzo Magni, he of a twice-broken collarbone, who hung in to the finish on Monte Bondone, apparently because life couldn’t get any worse for him than it already had. Two days later the Giro made it home safely to Milan, without Fornara.

Thus, I give you a secondary legend, a rider who was greatest in the next cut of stage races, and who at least hung around to take part in some of the sport’s most memorable days.

After retiring from racing in 1961 at the age of 36, aside from an occasional appearance at the Tour de Swisse as a race dignitary, Fornara drifted into virtual obscurity.

He died at the age of 65 in his hometown of Borgomanero, not far from his fertile Swiss grounds.