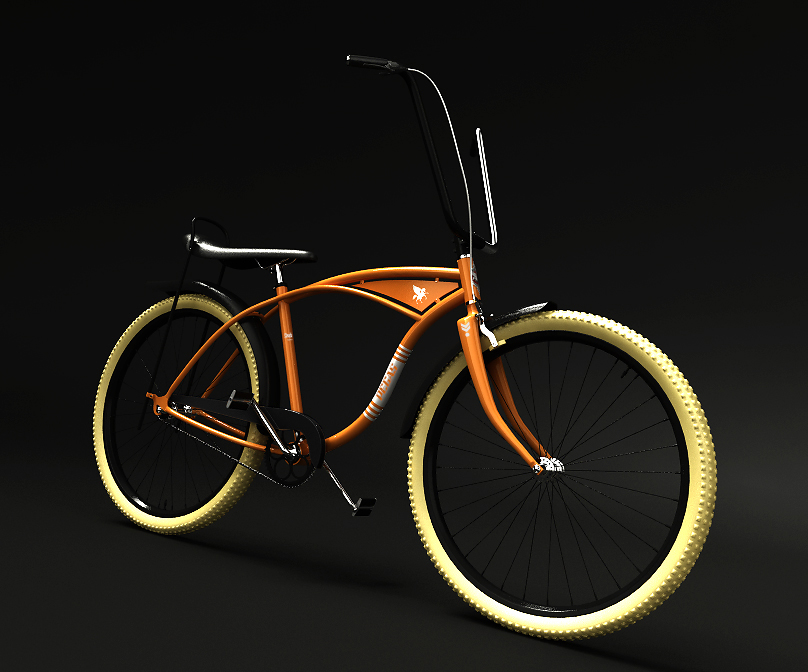 28 Nov 2015
By Gianni Pericolo - In LATEST ARTICLES, THE DOUBLE DIAMOND

The long-forgotten Romanian brand, Pegas, has once again taken fight.

The first Pegas bikes was manufactured by the Tohan Mechanical Factory, in communist Romania in 1972, while children’s models later followed in 1975.

By the time the 1980’s came around, Pegas featured a wide range of models, to include bikes with the brand’s “speed gears”. And, in 1990, they produced their first 18 speed mountain bike with cantilever brakes.

Sadly however, it wasn’t long into the 1990’s that the brand finally met its demise.

However, in recent years, a team of young enthusiasts decided to reinvent the Pegas brand, by launching a series of adult bikes. The man behind the project, Andrei Botescu, explains.

“It all started from my need to have a bike. Initially, I had a more expensive model, an American one, but it was stolen. So, I decided I wanted my next bike to be beautiful but not to be appealing to thieves. That is why I ended up looking for a Pegas, our national bike, which was already being reconditioned and used by numerous owners. Unfortunately, it was no longer produced so I had to do some research to see how I could make one myself.”

Jumping ahead, Botescu ultimately found himself gaining the rights to the lost brand, and undertaking a full resurgence of the Pegas company in 2012.

“First of all, I had to set up a team to work with, and I eventually found a very good product designer, Ciprian Frunzeanu, an equally good technician- engineer, Adrian Tasa, and a very good marketing specialist, Alexandru Mandea. That was the initial team I started the project with. Practically, we started working in 2010, two years before entering the market, because it is quite difficult to make the bikes. It is an easy thing to produce 2-3 bikes, but it is difficult to manufacture a whole series, even a small series of bikes, as we do. Last year, we produced as many as 1,500 bikes, compared to 500 in the first year. We are constantly trying to double our production and the number of items sold. We would like to manufacture many more in the years to come, but it is very difficult to do that when you can count only on your own funds and on your passion. We only sell as many bikes as we produce: there is a very high demand on the market, both from Romania and abroad. Many Romanians living abroad have placed an order. We have just received one from a lady in the Netherlands, who works for the European Space Agency. Many Romanians have in mind the idea of showing off a Romanian product they take pride in, in universities across the UK, France and Luxembourg.”

Today’s Pegas bikes harken back to their 1970’s roots, with a mix nostalgia, along with modern-day manufacturing.

“First of all, we have kept the overall design of the bike. We have kept the model with the long saddle and the long handlebar. We have also held on to the shape of the bike frame. Because the initial long saddle model was destined for children, we have created a chopper bike for adults, in an attempt to make them revisit their childhood. Many of them don’t even realise the difference: they believe the bikes of their childhood had the same size with the bikes we produce today. This project has some emotions attached to it.”

Today, Pegas has its own e-commerce website, where customers can purchase bikes directly online, along with a vibrant social media following.

“We have carried out several interesting campaigns which have brought us awards for advertising. One of them was called The People’s Internet. In fact, we created a website: internetul poporului.ro, describing how we imagined the Internet would have looked like, had it been invented during communism. We also laid emphasis on nostalgic campaigns about bikes, which run around and fall in love with each other. More recently, because we are attracted by urban culture, we have started a campaign entitled ‘urban color’. You can choose your color, using an app on your phone. For instance, you can choose a color starting from a photo you have taken in the city and we can paint your bike in that color.”

“We want to promote our bicycles as urban bikes, that owners can use to get to work or ride just for the sake of it. Pegas bike riders realize in no time the bike is more comfortable. The long handlebars allow them to sit comfortably and look around, admire urban landscapes and see the world.”