CapoVelo.com
CapoVelo.com - - Peter Sagan Says the Entire Peloton Should Use Disc Brakes Not a Mix
43092
post-template-default,single,single-post,postid-43092,single-format-standard,no_animation 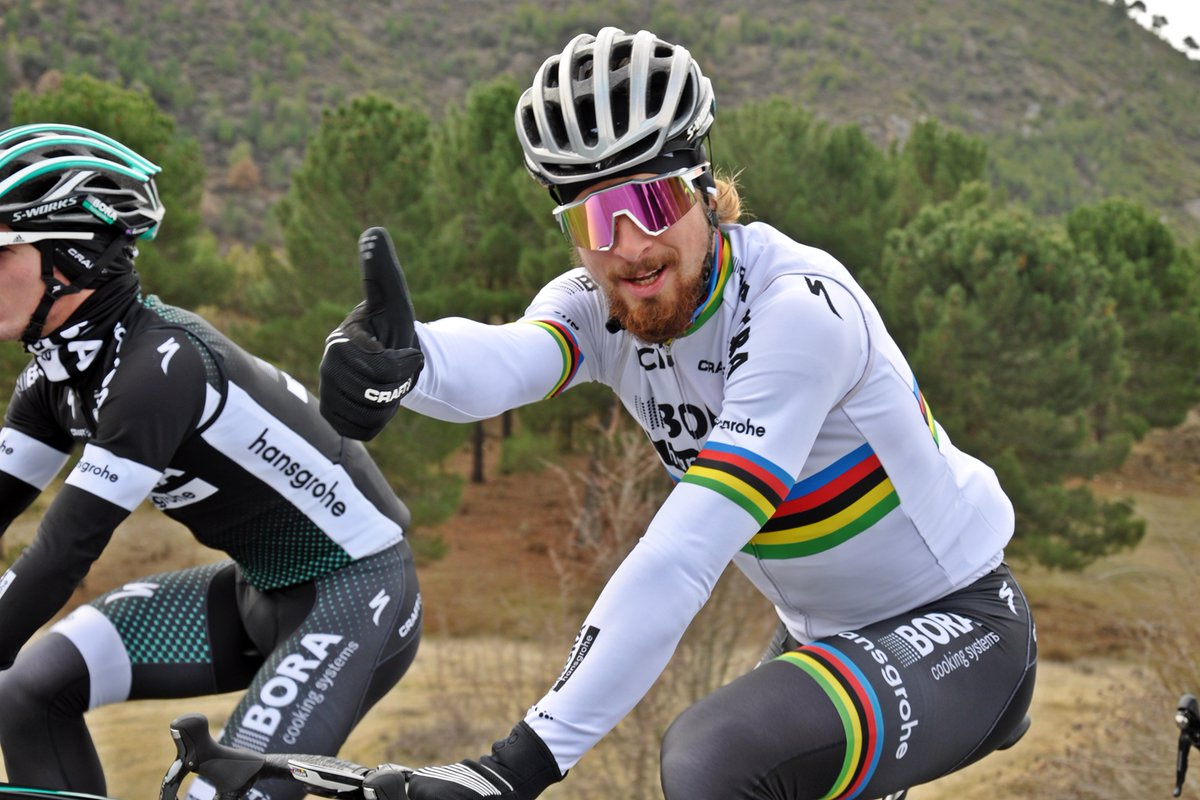 Despite the fact that he’ll be using traditional caliper brakes in tomorrow’s Strade Bianche, World Champion Peter Sagan responded to the heightened criticism surrounding the use of disc brakes by saying, that he believes the entire peloton should be using them, and not just a mix of riders.

“There’s a reason. I agree with using disc brakes if everyone in the peloton uses them – not only a few people.”

“It’s not Formula One if everyone has a 800 horsepower motor and one arrives with a 2000 horse power motor and uses that,” he said. “You need to create a rule that’s valid for everyone and see that it’s applied.”

Asked if it was for safety reasons that he won’t be using disc brakes tomorrow, he said: “No, not for safety. Safety left cycling a while ago…”

“If someone uses a disc brake bike tomorrow in the race, that’s his decision.”