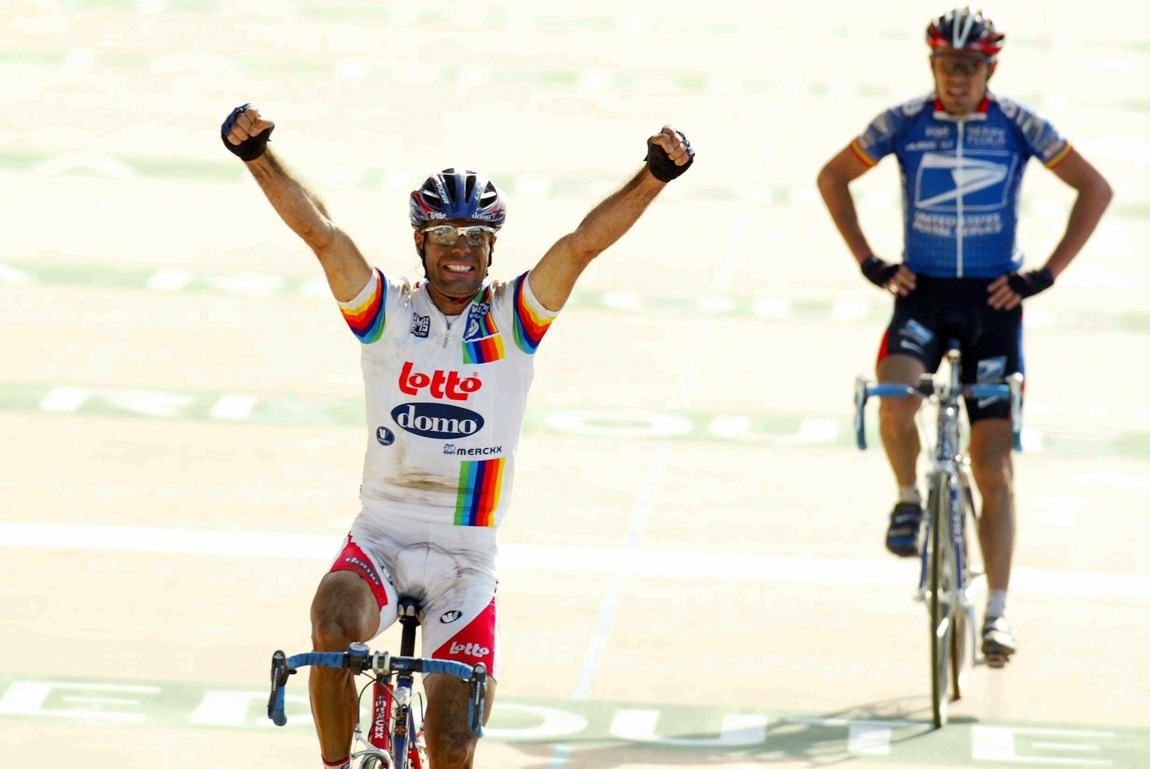 18 Jan 2016
By Campionissimo - In LATEST ARTICLES, THE PODIUM

Happy birthday to Peter Van Petegem who was born on this day 1970 in Brakel, Belgium.

The Belgian rider is regarded as having been a commensurate “Classics” rider, being one of only ten riders to have won Paris-Roubaix Classic and the Tour of Flanders both in the same year.

Indeed, Van Petegem won the 2003 Paris-Roubaix ahead of Dario Pieri of Italy and Viacheslav Ekimov of Russia, and the Tour of Flanders Classic that same year ahead of fellow Belgian Frank Vandenbroucke in two-man sprint, followed by Australian Stuart O’Grady. He also won the 1999 Tour of Flanders as well.

Other notable victories by the Belgian rider include: