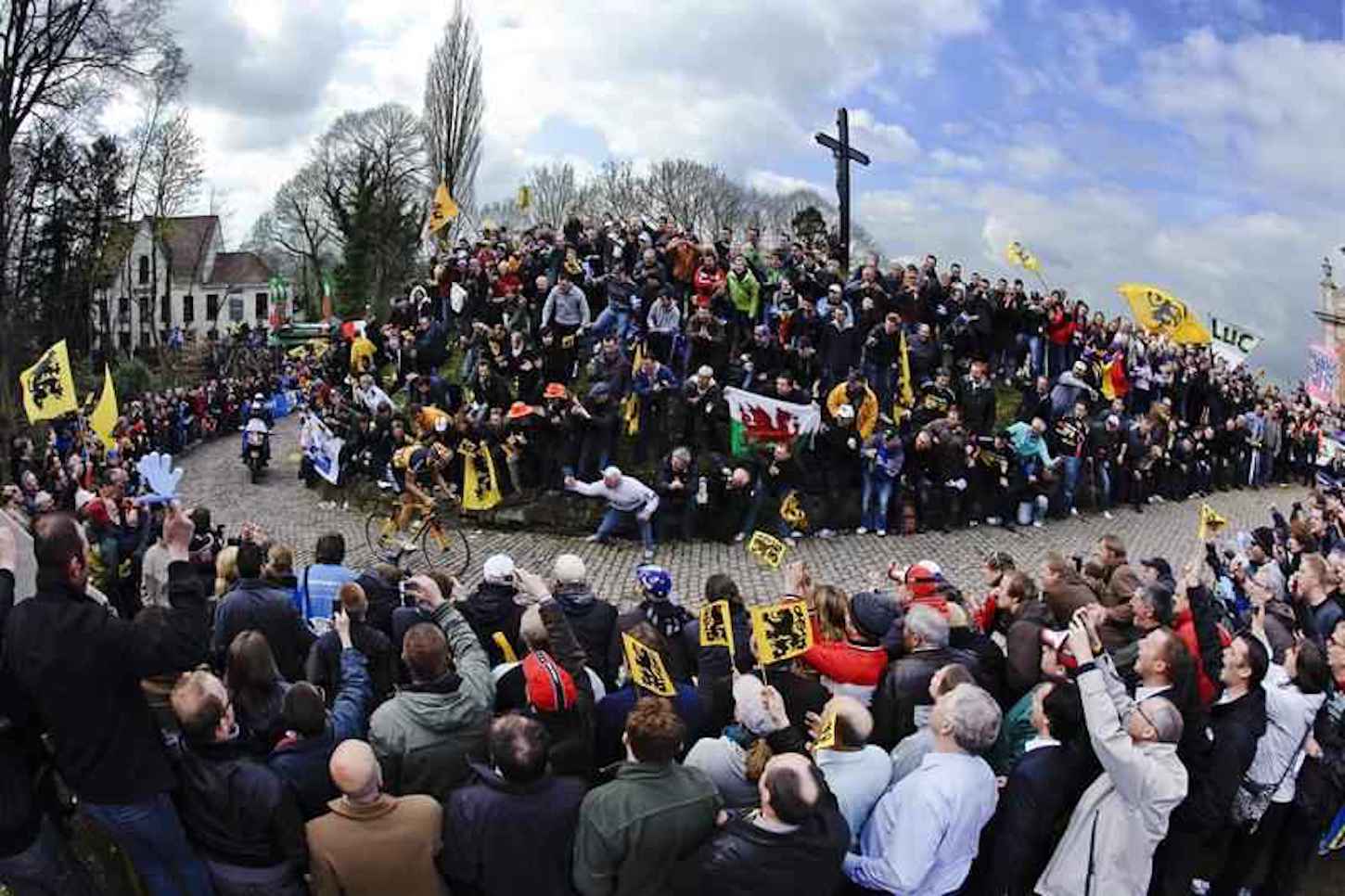 Far from the Tour Down Under or the Middle Eastern deserts, the temperature is also rising on the European cobbles. Spring is coming and Belgium is buzzing with excitement ahead of the fourth UCI WorldTour event of the season, the Omloop Het Nieuwsblad (February 29).

With its specific position in the calendar, the Belgian opener has always inspired the greats. The first edition was raced at the beginning of the spring of 1945 and its list of winners could make a solid list of applicants for a Hall of Fame of Classics experts: Eddy Merckx, Roger De Vlaeminck, Jan Raas, Johan Museeuw, Michele Bartoli… and Zdenek Stybar in 2019.

Road cycling has changed a lot since the aftermath of World War II and its globalisation brings champions from all horizons to varied venues around the planet. Still, the Omloop Het Nieuwsblad holds a unique place in the hearts of many, especially for Belgians such as Philippe Gilbert (Lotto Soudal) and Greg Van Avermaet (CCC Team), both chasing a historic third victory in Ghent to emulate their compatriots Ernest Sterckx, Joseph Bruyère and Peter van Petegem, the only riders so far to have achieved the treble in the race’s history.

Naturally a massive showdown for Flemish and Walloon riders alike, Omloop Het Nieuwsblad is even more special to Gilbert. He has played an active part in the race since his first participation, in 2005 (finishing 21st), and claimed his first major win in a Classic there in 2006, before turning 24 years old.

Since then, the Belgian star has accumulated 13 participations in the Omloop. They include a fantastic ride on the way to a second solo victory in Ghent in 2008, when he attacked from the bunch in the Eikenberg with 50km to go. And he’s established himself as one of the greatest Classics riders of this time – if not the greatest – with victories in four of the five cycling Monuments (Il Lombardia in 2009 and 2010, Liège-Bastogne-Liège in 2011, Tour of Flanders in 2017 and Paris-Roubaix in 2019) as well as the UCI Road World Championships (2012), over the Cauberg, the famous Dutch climb that also saw him conquer the Amstel Gold Race on four occasions.

In 2019, Gilbert made his way inside the top 10 of the Omloop Het Nieuwsblad for the fifth time in his career (8th) as he supported his Deceuninck – Quick-Step teammate Zdenek Stybar bring the Belgian powerhouse its first win in Ghent since 2005.

After a successful three years inside the “Wolf Pack”, Gilbert is now getting ready for another campaign with a new kit, Lotto Soudal’s, as he returns to the squad where he became a superstar after spending his rookie years with FDJ.

“I’m ready for season number 18,” Gilbert highlighted on social media ahead of his first races of the season, in Spain (Volta a la Comunitat Valenciana) and Portugal (Volta ao Algarve em Bicicleta).

Now it’s time for him to up the ante ahead of a busy spring as he is set to tackle all the Monuments from Milano-Sanremo (March 21) to Liège (April 26). He will share duties at the helm of the Lotto Soudal team with Tim Wellens, who came third in the Omloop Het Nieuwsblad last year, and another recruit with an impressive record in the Classics: Germany’s John Degenkolb, winner of Milano-Sanremo and Paris-Roubaix in 2015.

GVA learned how to win at the Omloop

Greg Van Avermaet’s record in the Omloop Het Nieuwsbald is as impressive as Gilbert’s: 13 participations under his belt, two victories (2016 and 2017) and eight top-10 finishes; only Jan Raas has more, with nine. Since he turned professional in 2007, the 2016 Olympic Champion has only missed the Belgian opener once, in 2008, and he is set to race it for the 12th year in a row. It would be an understatement to say the Omloop Het Nieuwsblad is a launchpad for GVA into a successful Classics season.

For many years, Van Avermaet’s results in Ghent matched his consistent but not winning record in the Classics: 4th in 2009, 5th in 2012 and 2013, 2nd in 2014, 6th in 2015… Until he outsprinted Peter Sagan in Ghent in 2016, his second win in a big one-day race, only a few months before claiming Olympic glory in Rio. Winning the 2017 Omloop Het Nieuwsblad (another successful sprint ahead of Sagan) led to one of his most dominant campaigns ever, with victories in the E3 BinckBank Classic, Gent-Wevelgem and Paris-Roubaix.

Van Avermaet wants to try a new approach in 2020, giving himself a longer break in the autumn in order to reach peak form a bit later in the Classics season. But we know GVA will give his whole on the road to Ghent and might very well be in contention for the win, once again.

A former teammate of Philippe Gilbert’s at BMC Racing Team (as his CCC Team was previously known), Van Avermaet is an indisputable pillar in his squad, but the Omloop Het Nieuwsblad is an opportunity for him too to build a new racing relationship with Matteo Trentin. The silver medallist at the 2019 UCI Road World Championships is a fresh face for CCC after spending two years with Mitchelton-Scott.

“I think it will be an advantage for both of us”, the Italian champ told us last autumn. “I’m probably faster than Greg in a big sprint and he can be more a guy for a long-range attack or to select a group.”

It’s time to show how that can work on the cobbles of the Omloop Het Nieuwsblad!