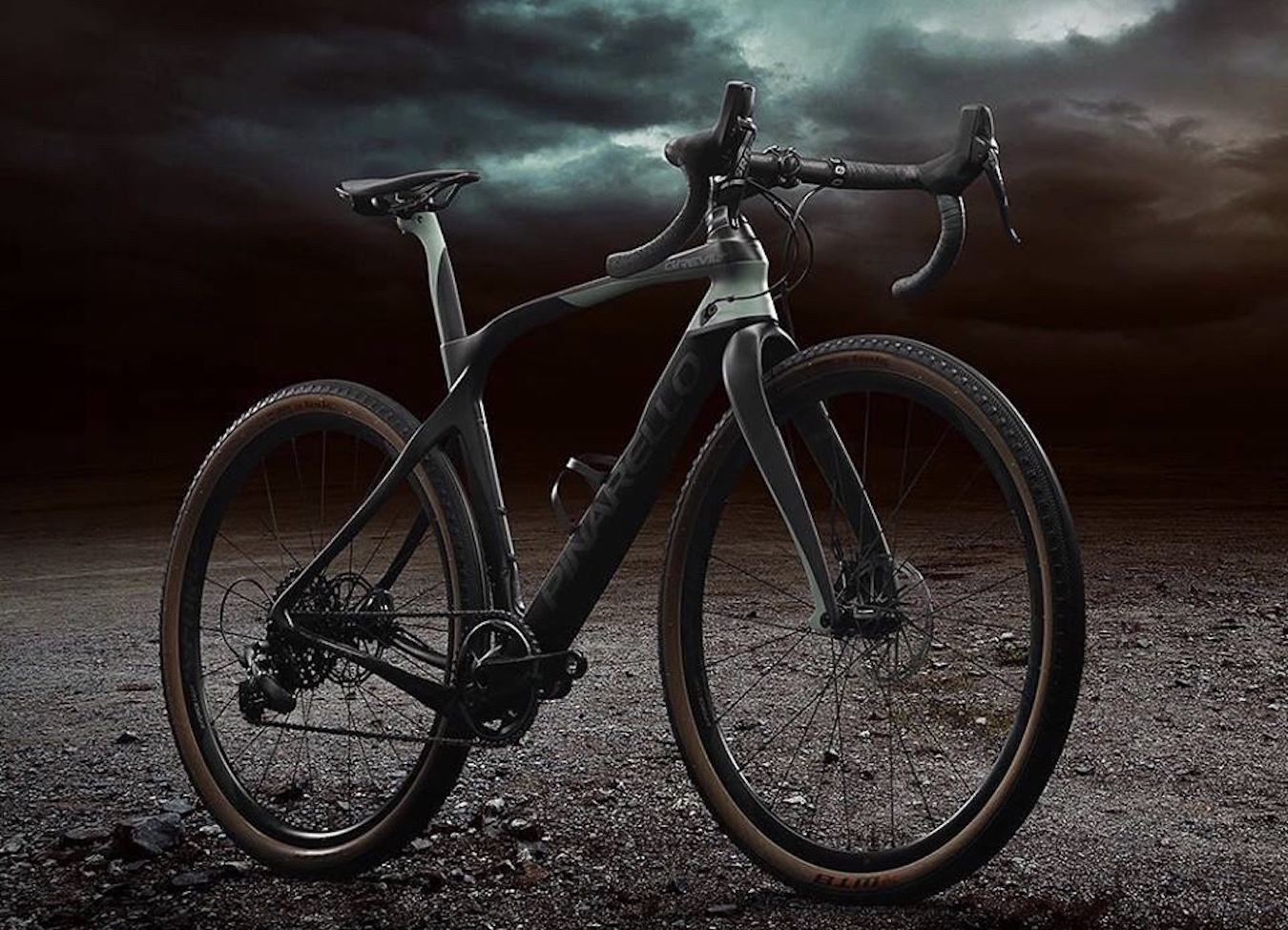 Pinarello has launched two new gravel bikes called the Grevil and Grevil+, which feature a full carbon construction using Toray T700 and T11000 1k high modulus cloth respectively, along with the ability to accommodate both 700c and 650b wheels with tire clearances up to 42mm (700c) and 2.1in (650b), marking the iconic Italian brand’s first real foray into the gravel grinder segment.

The frame also features a radically shaped concave down tube, which creates a recessed area for a bottle cage that Pinarello claims increases airflow over the main triangle. And, for those long gravel events when optimal hydration is a concern, there’s provisions for a third bottle cage under the downtube.

Pinarello also shifted access to the internal seat clamp to the front of the seatpost in a bid to reduce mud from clogging the bolt, or water from making its way into the frame.

The new Grevils also feature front and rear 142x12mm and 100x12mm flat-mount hydraulic disc brakes, along with a newly designed Fork Flap that shrouds the front disc brake in an effort to improve aerodynamics.

Additionally, both Grevils are compatible with either 1X (courtesy of a removal from derailleur mount) or 2X electronic and mechanical drivetrains, as well as full internal cable routing.

Geometry has also been tweaked, making way for a slightly taller headtube and a slacker seattube angle on both bikes, putting the rider in a less aggressive position than Pinarello’s customary road geometry.

According to Pinarello, both Grevils will be available in six sizes ranging from 44cm to 59cm, along with five different color schemes – with pricing to be announced.