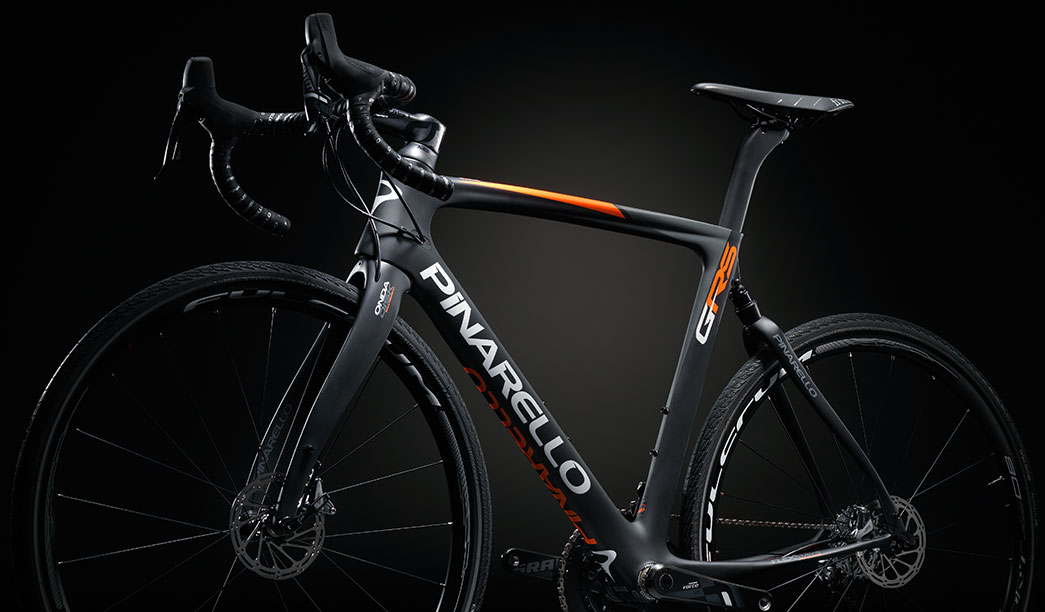 Pinarello has announced, the launch of its new GAN GR and GAN GRS bikes, marking the Italian brand’s first-ever foray into the gravel bike segment.

As one would expect, clearance for bigger tires, disc brakes, 12mm thru-axles, eyelets for mudguards and racks, internal cable routing, along with a more relaxed geometry, punctuate the new models.

However, unlike its sibling, the Pinarello Dogma K8-S, the new GAN range does away with the company’s funky rear elastomer suspension system.

Additionally, in order to keep costs down, Pinarello decided to use a lower grade of carbon fiber, namely T600 versus T900 used in the GAN RS road bike.

Interesting though, Pinarello decided to once again stick with a conventional threaded bottom bracket on the new gravel grinders as well, which continues to be a major departure from the ever-increasing PressFit bottom bracket set-ups that pervade the industry.

Both models are offered in six sizes, along with various component groups, including Shimano 105 and Ultegra, SRAM Rival and Force – along with wheel offerings from Fulcrum.

Also, the cockpit bits and pieces are from Pinarello’s MOST line.

There’s no word on exact pricing and availability as of yet however.