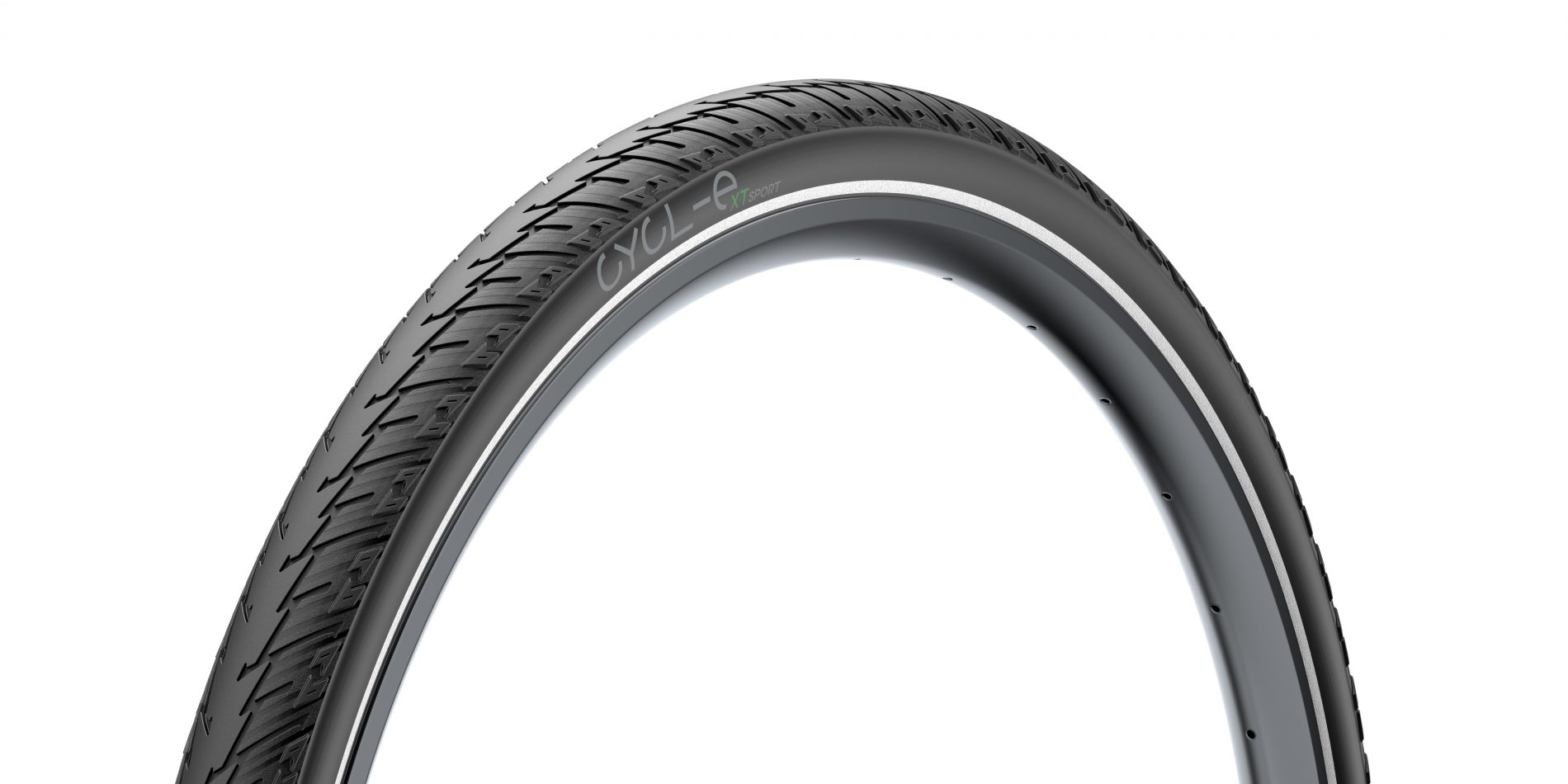 Pirelli announced the launch of its new Cycle-e range of tires at the Eurobike show in Germany today.

According to Pirelli, the range is comprised of five models called the Gran Turismo, DownTown, DownTown Sport, CrossTerrain and CrossTerrain Sport, which are aimed squarely at the eBike and urban cycling markets.

The tires utilize a new compound developed by Pirelli calls “Cap & Base”, which features a structure consisting of a “cap” layer that come in contact with the terrain and a “base” layer that functions as anti-puncture projection.

“Safety, comfort, handling on dry and wet surfaces and on various road surfaces (pavé, crosswalks, etc.) are ensured, with the precision of our new range of high performance tires”, says Pirelli.

“It is because Pirelli is committed to sustainable mobility that the Cycl-e line of tires is made using a mix containing Crumb of re-used tires. Tires at the end of their lives are pulverized, and the selected crumbs are reused in the polymer matrix of the natural rubber compound”, the Italian brand adds.

Pirelli says the complete range of Cycl-e tires will be available starting in October, with pricing to be announced.