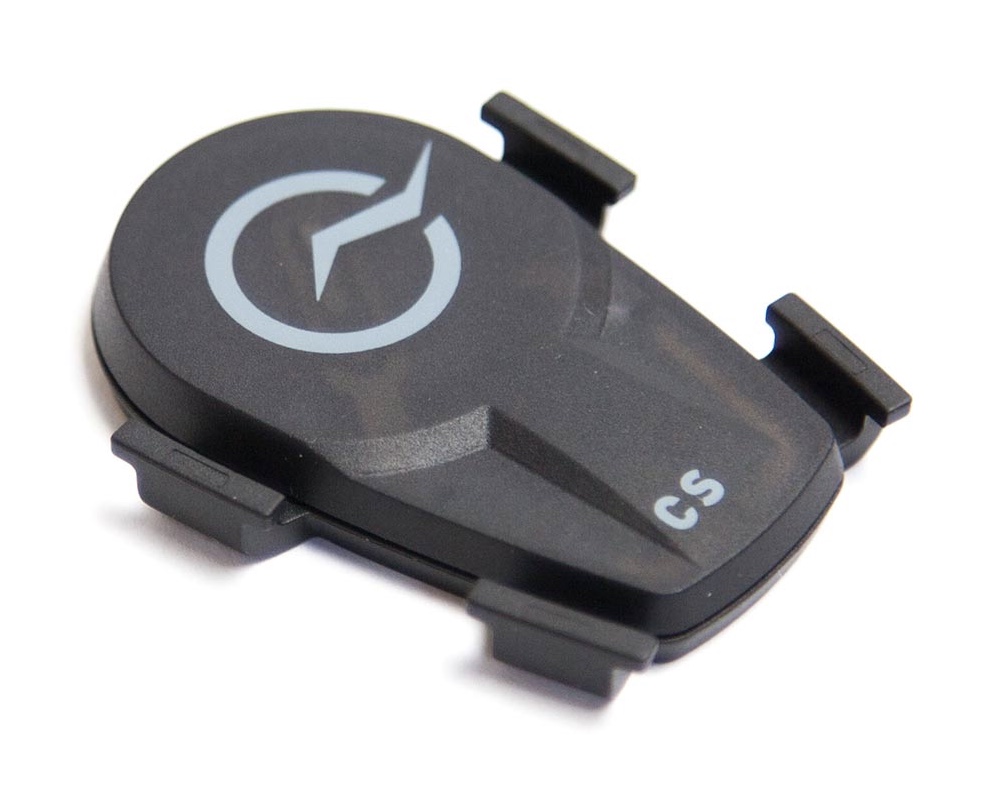 PowerTap has launched a new speed/cadence sensor that does away with the fussiness associated with positioning and aligning an old-school magnetic sensor.

Using dual band Bluetooth Smart and ANT+ technology that’s compatible with virtually any GPS cycling computer or smartphone, PowerTap’s new sensor easily mounts on any crankarm or wheel hub, which instead of relying on a magnet to measure rotation, uses an advanced accelerometer to give precise readings.

PowerTap says, its new sensor uses a coin cell CR2032 battery, which can provide up to 200 hours of battery life, and it features a sleep mode that kicks-in after five minutes of inactivity. Moreover, they claim raw sensor has an accuracy of +/- 2%, and is IPX7 water resistant.

The sensor sells for $49.99, which includes a rubber mount and bands for attaching.

NO MAGNET. NO PROBLEM.
For decades cyclists have spent time meticulously lining up a speed/cadence sensor with its corresponding magnet. We said enough is enough. Those minutes are better spent crushing Strava segments than crouched in the corner of the garage fidgeting with a tiny magnet.

Simply install the battery, orient the sensor to program it for speed or cadence, and mount it on either the non-drive side crank arm or the bike’s hub, front or rear will do. Our low-profile Magnetless Speed or Cadence sensor harnesses the advances in accelerometer technology to leave the magnet in the dust – along with your competition.