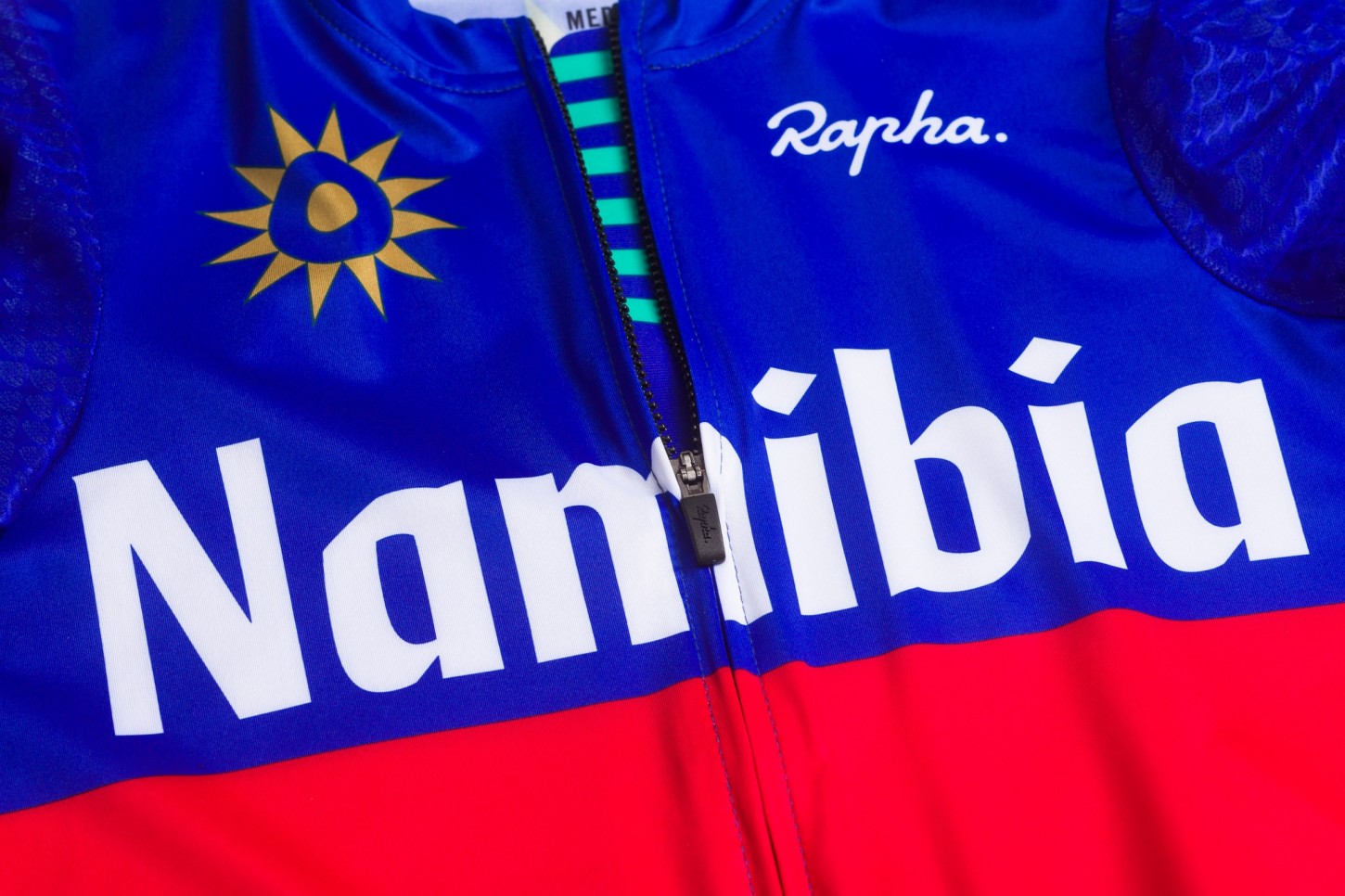 27 Dec 2016
By Gianni Pericolo - In LATEST ARTICLES, THE DOUBLE DIAMOND

Cyclist Dan Craven became a viral sensation earlier this year when he appeared to be tweeting ‘live’ from within the peloton during the road race in Rio de Janeiro. The wider sporting world took notice of the Namibian, who Rapha had made a special kit to wear in Brazil, and he appeared in newspapers around the world. In celebration of Dan’s Rio adventures and due to popular demand, Rapha decided to release the same cycling jersey and cap worn by the Namibian cycling team.

This is a limited edition version of the Pro Team Aero Jersey, the fastest cycling jersey Rapha has ever made. Redesigned for 2016, it was developed using wind-tunnel sessions with professional riders from Team Sky and then ridden by them – often to victory – at the world’s greatest races. The suit’s front and back fabric is smooth and dense to help improve airflow, while stretch sleeves made of a textured ‘wings’ fabric create ‘turbulent flow’. This breaks up the air where the arms encounter wind resistance, thus enabling more efficient motion. Offset seam-positioning and a minimal number of pattern pieces reduce drag further, as does a close fit. A performance-engineered jersey, in a design celebrating Dan Craven, the ‘Nam Lion Man’.