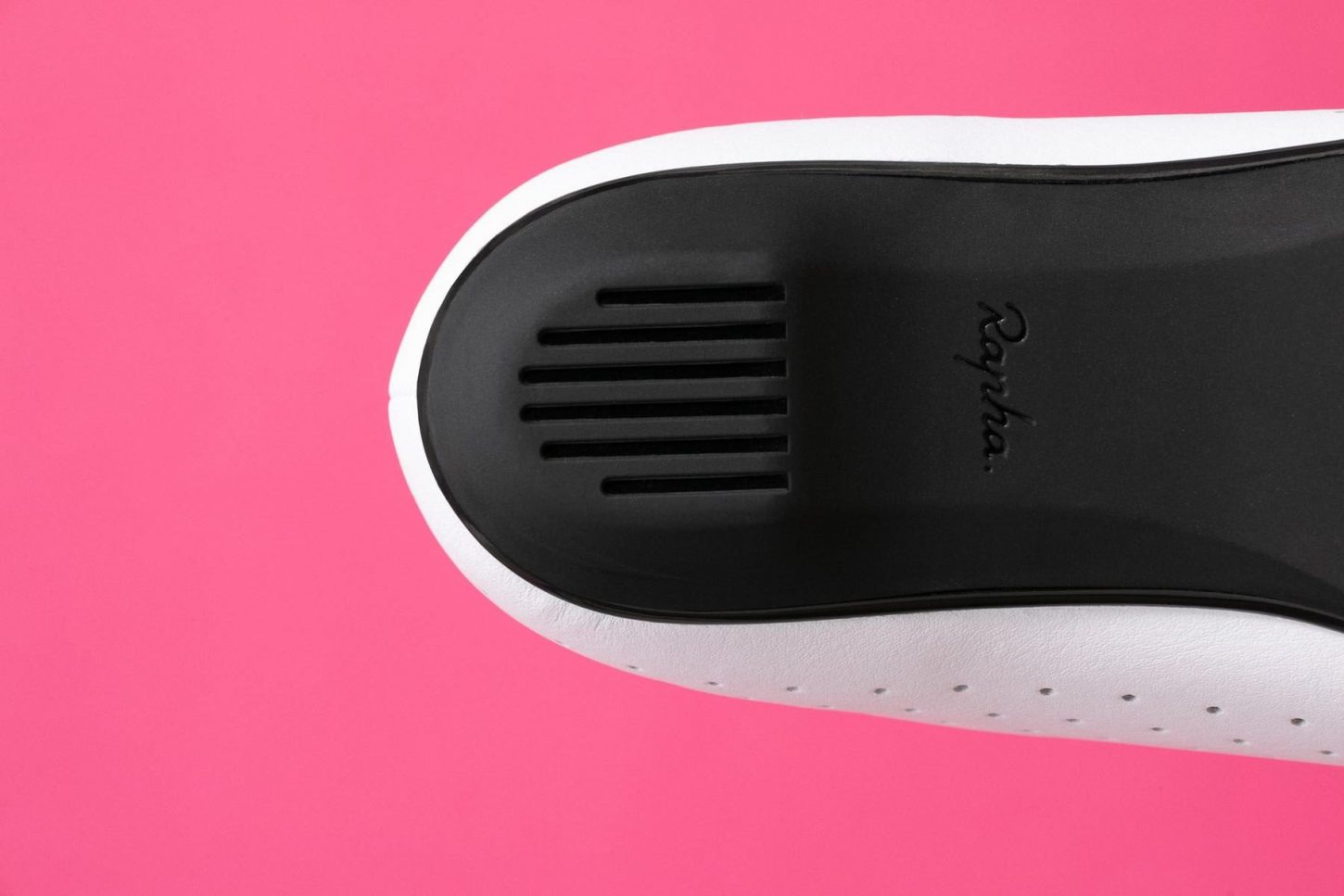 Details are scant, but it looks as though Rapha is planning to launch both a new range of cycling shoes and a special collection of apparel created in partnership with legendary fashion designer Paul Smith for this season.

This is not the first time Rapha has introduced a cycling shoe, but it’s been infrequent enough for lovers of the British brand to get excited.

Similarly, this isn’t the first time that Rapha has collaborated with Smith on a special collection, a teaming of the two brands that spans more than a decade now.

All that we can glean about the shoes is a spurious caption that Rapha has provided: “From cafe stops to cols, the world’s most comfortable road shoe. A spacious toe box, snug heel and unique foot-hugging lacing system lets you pedal on unperturbed. The carbon sole is protected too, so don’t be deterred from dirt detours by thoughts of saving your sole.”

“There is no limit to adventure on the bike for those with the right shoes. Whether you’re pushing the limits of endurance miles away from home or the limits of traction while scrambling and skidding around local trails, the Explore Shoe’s light and stiff with a sole that incorporates a grippy natural rubber tread with high-performance carbon and flex in just the right spot.”

“Rapha’s new range of shoes, launching soon, are the result of years of R&D. We have continuously refined the fit as well as the design, from the early prototypes pictured above to the finished article soon to be revealed.”

Not surpassingly, the Paul Smith collection appears to have a retro flair to it, reprising the iconic jersey designs of the 1960’s.

“Paul Smith and Rapha go way back. In 2004, Simon Mottram’s inspirations were An Intimate Portrait of the Tour De France by Philippe Brunel (reprinted as Kings of Pain) and the work of the British fashion designer. We’ll celebrate cycling’s Sir Paul with a collection that came about in answer to the question: If Paul Smith sponsored a cycling team in the 1960s, what would it look like?”

More details from Rapha should emerge in the coming weeks.