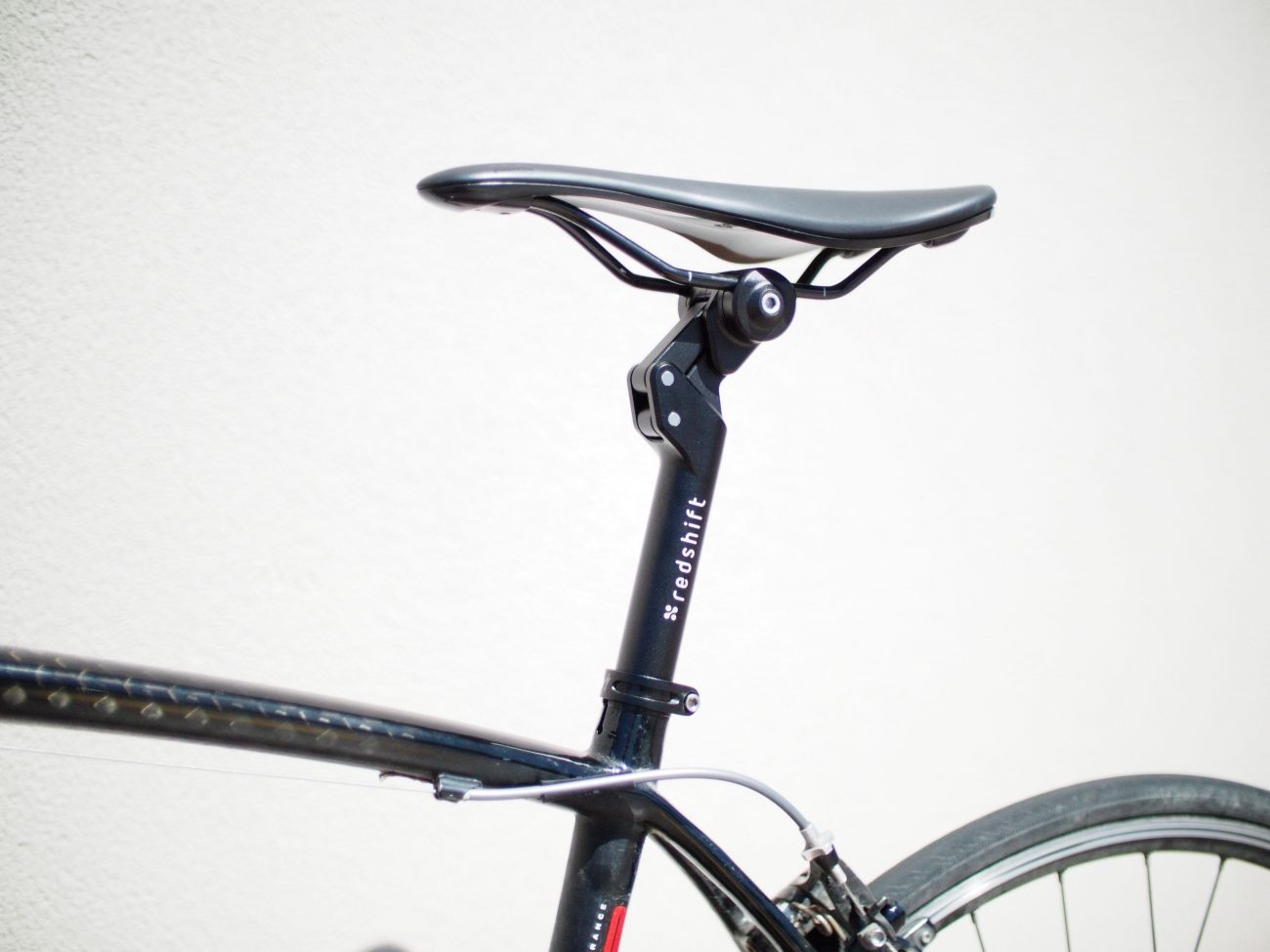 Back in 2015, Redshift launched its unique ShockStop Suspension Stem, providing suspension to the front end of the bike and changing the way people thought about suspension stems; especially along the lines of mountain biking and the emerging “gravel-grinding” segment.

As a result, customers began asking Redshift to create something similar in the form of a suspension seatpost.

As one would expect, the function of the ShockStop Suspension Seatpost is to suspend the rider’s body, isolating the individual from strong frequency vibrations caused by imperfections in the terrain.

The ShockStop accomplishes this by providing 35mm of suspension travel courtesy of an internal spring that applies force to the seatpost’s four-bar linkage, which in turn suspends the saddle and the rider.

For instance, as one pedals, the seatpost allows the bike to move under rider as it encounters uneven terrain, which according to Redshift can “reduce the accumulated effects of bumps and vibrations by up to 60%. Moreover, the company says the four-bar linkage ensures that the rider’s saddle angle remains constant through-out the full travel of the suspension.

According to Redshift, the ShockStop underwent extensive testing, wherein accelerometers were used to accurately measure the direction and magnitude of impact forces transmitted to the rider. With that data, they were able to optimized the travel of the ShockStop’s suspension mechanism to absorb as much of this impact energy as possible while minimizing the influence it had on the rider’s pedal stroke.

Additionally, the suspension mechanism of the ShockStop can be precisely tuned to match one’s riding style via a choice of in-line coil springs that provide varying degrees of shock-absorption. Therefore, when the proper spring is in place, the adjustable preload allows for the fine tuning of the seatpost’s responsiveness without sacrificing suspension travel.

Redshift says, the ShockStop will fit any bike that has a round 27.2mm diameter seattube or larger, as the seatpost can be used in conjunction with a variety of inexpensive shims.

Redshift is currently offering the ShockStop at a special price of $129 for early backers.

You can learn more about the seatpost by visiting the company’s newly launched Kickstarter page here.