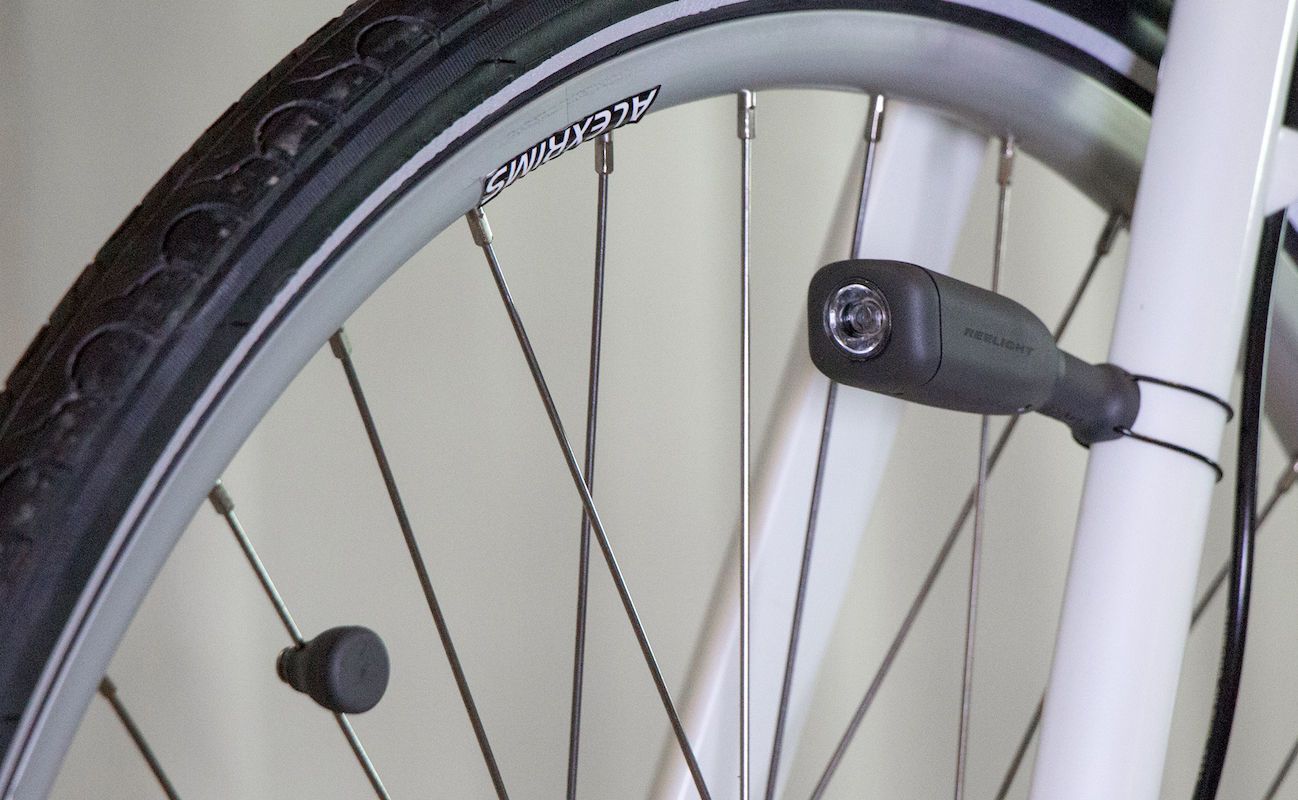 The Danish company, Reelight, has come up with a clever and convenient solution to enhance the safety of the urban cyclist, by creating a bike light that eliminates batteries altogether, and instead relies upon magnets for its powers source.

Using a dedicated locking cable mechanism, the CIO easily attaches to any bike fork. From there, all a cyclist needs to do, is simply attach a magnet to one of the bike’s spokes, as they would a traditional cadence sensor.

Each time the wheel turns, the CIO emits a flashing LED light from the power drawn from the magnet. The light will even stay on when the  cyclist stops pedaling for up to two minutes.

In addition, Reelight says the CIO is difficult to steal, given that its attachment cable is made with a tough stainless steel coating that’s hard to break.

“Since the lights are being mounted with a key, it’s very difficult for a thief to steal it. The wire is made out of coated stainless steel and is very hard to break.”

Reelight has currently undertaken a crowd-funding campaign on Kickstarter, with the goal of raising $40,000.

Early backers can pre-order a set (one white and one red) for about $40, which is around 38 percent off the expected retail price.

The new design “is just the kind of bike light that every avid biker was waiting for as it has no batteries, no friction, and can be easily mounted,” says Reelight.

When investing in a CIO bike light, you never have to worry about batteries again, nor should you worry about the maintenance of the product, since the CIO bike lights require minimal care. CIO has a bright flash, and the ReePower™ feature keeps you safe at a standstill. CIO has gone though climatic tests which have proven that it’s waterproof and solid in harsh environments. Furthermore, CIO is eco-friendly, due to the reduction in pollution through use of a magnetic system instead of batteries.

For more than a decade, Reelight have been helping cyclists around the world feel safe on the road. This has been possible thanks to our ground-breaking invention of induction bike lights, where the light is powered by magnets that are placed on the spokes of your bike. The vision was to eliminate the use of batteries, thus removing the risk of them running flat and making you vulnerable in traffic.

Based on a large scale research study* with over 4,000 participating cyclists, we have proven that our induction lights reduce the probability of accidents by 19% when counting all accidents, and 47% for accidents with more than one involved party. Furthermore, 85% of our induction light users have expressed that they felt safer while riding in traffic.

The main reason for this large reduction in accidents was down to the fact that the lights were always on when riding, both night and day. This is referred to as ‘daytime running lights’ (DRL) – a term that’s well known in the automotive industry. Many countries require the use of DRL in cars, as it is proven to drastically reduce the number of accidents experienced by drivers on the road.

DRL dynamo lights by Reelight have become the standard in Denmark, and today are mounted on 1/3 of all bikes there. The lights have been well tested and proven effective, but now it’s time for us to take the concept to the next level.

CIO is the synthesis of advanced technology and design. We have been working hard on upgrading our technology, as we wanted to reduce the size of the magnet module while increasing the power output. What used to be two 12 centimeter / 4.7 inches magnet modules, mounted on each wheel, is now just one small, coin-sized magnet. By upgrading this technology we were able to get approximately six times the output using the smaller magnets.

The main goal for the CIO project was to reinvent the mounting as we believe that the best bike lights are the ones you can mount on your own in just a few minutes. Our solution is called ReeMount™ and is currently patent pending. We are very proud of this solution, as it is highly adaptable and can be mounted by using the key included in the package.