Rehook – Gets Your Chain Back on Your Bike in Seconds 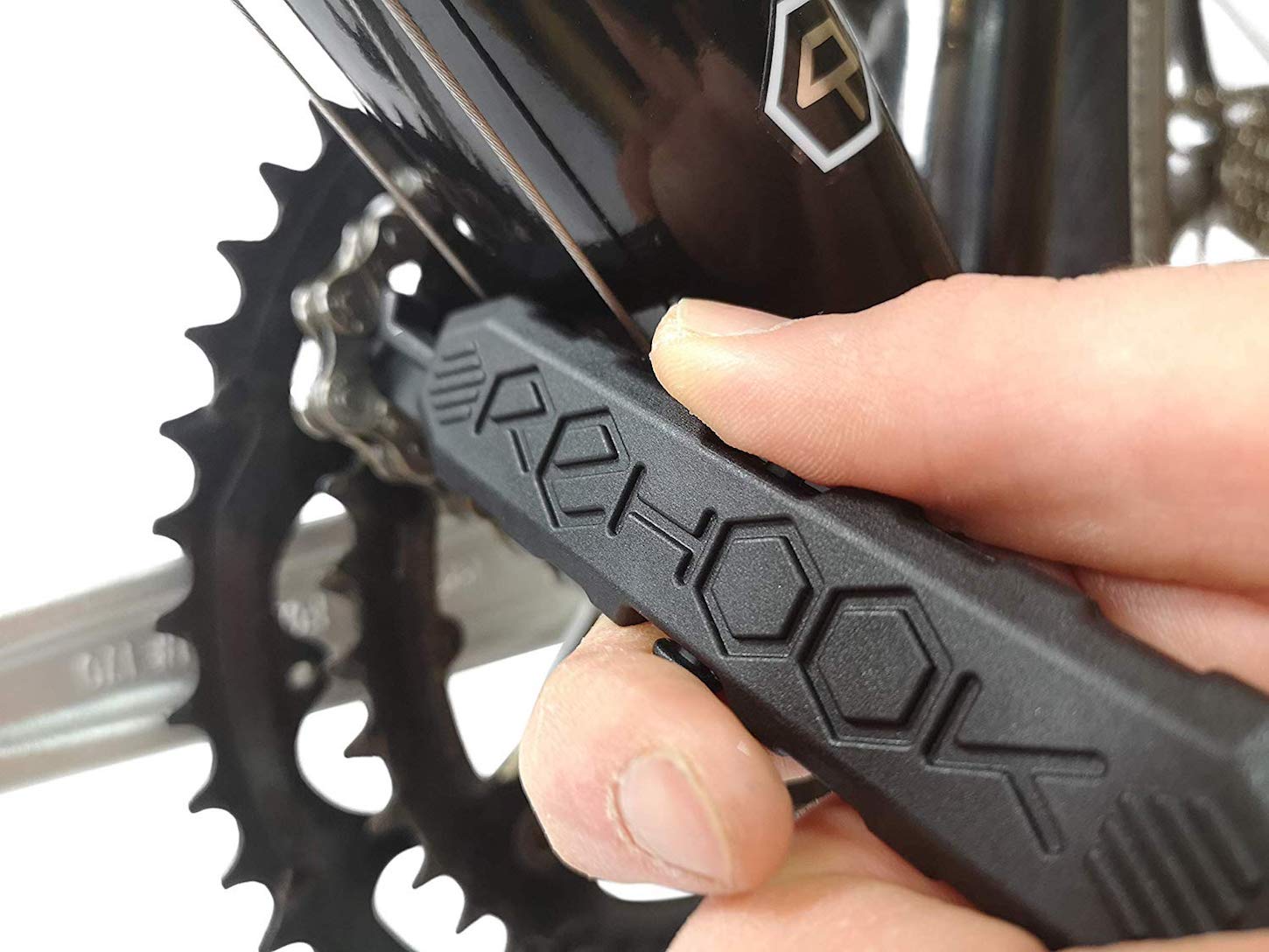 Instead of getting your fingers full of grease, or searching for a roadside stick to help you deal with a case of the dreaded “chain-drop”, Rehook can help you get your chain back on in seconds.

Weighing just 20 grams, Rehook attaches to your bike frame, so it’s always ready when you need it most, while its patented design keeps oil and dirt away from your hands and clothes.

Rehook was developed by the UK-based Wayne Taylor, who alongside his wife, developed the tool in this spare time, outside of working full time as a software designer, looking after two young sons and renovating a house.

The idea for the product came after Taylor dropped his chain while en-route to a meeting, subsequently arriving late with oil stained hands and a soiled shirt. There was no effective solution on the market, so Rehook was developed.

“Rehook can reach into small gaps where fingers can’t reach, also keeping frame scratch and abrasion-free and the mechanism clear of debris. The tool also has an environmental element, using the same amount of plastic as just two pairs of disposable gloves. Moreover, is lightweight and can attach to a bike frame when in transit,” says Taylor.

Rehook was initially launched in September 2016, using the power of 3D printing. However, Taylor has since fine tuned the design.

Rehook is available for purchase at www.rehook.bike at the paltry price of $17.00, which is much less than replacing one’s favorite grease stained cycling kit.