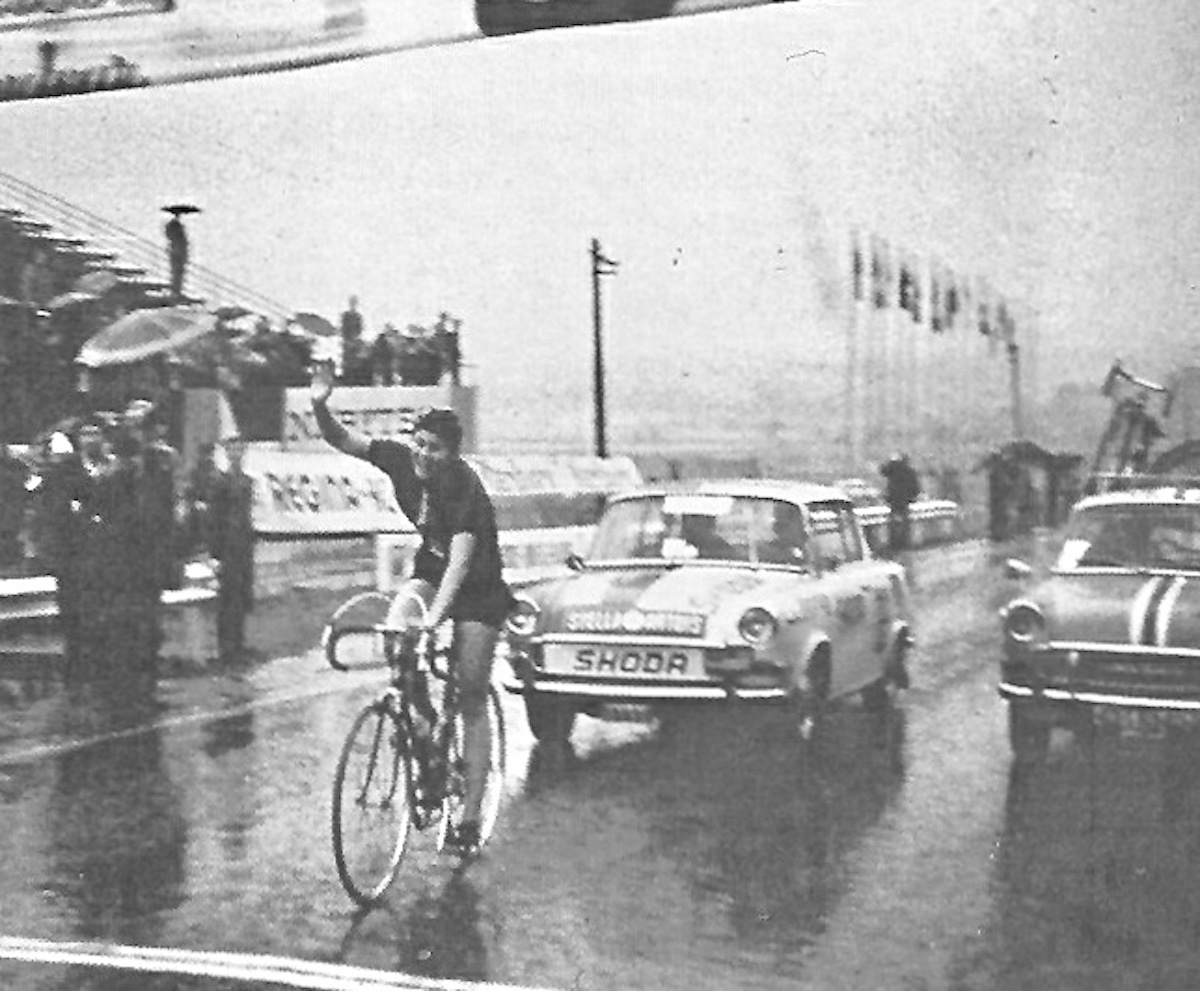 McElmury is best remembered as being the first American rider to win the World Championship Road Race, beating Bernadette Swinnerton of Great Britain and Nina Trofimova of the Soviet Union in Brno, Czechoslovakia in 1969.

McElmury was born in Northampton, Massachusetts, but grew up in La Jolla, California where she was first introduced to cycling after a brief stint in horse jumping and surfing.

Since there was no league or organization for women road cyclists in the 1960’s, McElmury’s first exposure to racing was at the local velodrome where she developed her skills as a track rider.

Victories quickly followed for McElmury, winning the women’s Californian Track Cycling Championship in 1964, and later the National Pursuit title in 1966.

In order to transition to road racing, McElmury began training with men, often getting up as early as 4.30am for the first of her two daily training rides.

McElmury was a natural choice to represent the USA in the 1968 World Championship Road Race in Rome, where she finished an impressive fifth place after a hotly contested sprint finale.

As a result, she was chosen again to lead the USA at the World Championships in Czechoslovakia the following year, albeit with hardship.

Back then, the American cycling federation didn’t provide much in the way of financial support for female riders.

In the case of McElmury and her two teammates, they were forced to pay their own way – costing each of them $10,000.

That year’s World Championship Road race had an interesting backdrop. Held on the anniversary of the Soviet Union’s invasion of Czechoslovakia (Prague Spring), there was a strong military presence everywhere, with tanks and armed soldiers lining the route instead of the usual civilian police, race officials and volunteers.

Cycling historian Peter Nye wrote, “tanks were everywhere, up and down every street, and soldiers were armed with machine guns. The Czechs were anti-communist and pro-American.; they cheered the US riders wildly in the races and booed the Russians. When the Russians won, the Czechs even walked out of the medal ceremonies.”

McElmury raced in both the track and road events, finishing seventh in the 3,000m pursuit race, before the final 62 kilometer road race.

She described the course as being,“the pavement [road surface] was somewhat chewed up from the tank treads. The course was one that suited my riding. I was good in the hills, and I time-trialled well. On about the third lap, it started pouring buckets. On the fourth lap, I got away on the hill by about 15 seconds, but I fell down while putting on the brakes in a corner on the descent. The pack caught me as I got up. The rain was chilly enough that I didn’t feel the full effect of my bruised hip, and the rain exaggerated the amount of blood from a cut on my elbows. I chased the pack with an ambulance following me to see if I was all right.”

McElmury succeeded in regaining the field during the last lap, subsequently riding clear on the final ascent to finish 1:10 ahead of her closest rival, Swinnerton.

Her victory was so unexpected that the award ceremony was delayed half an hour while officials searched frantically for a recording of the American national anthem.

Unfortunately, McElmury’s victory received only scant attention by the media at home. Instead, journalists showed more interest in reporting on the tensions that played out between the Czech people and the Russian Cycling Federation and its riders than they did giving her the acclaim she deserved.

Cycling journalist James McCullagh wrote, “not surprisingly, she received more attention in Europe than she did in America. Europeans understood and appreciated her ride. Accordingly, she was immediately engaged by the Italian team, to ride for them and eventually coach them. Returning to this country [USA], McElmury still found it difficult to obtain travel expenses even though she was a strong enough rider to hold her own on the criterium circuit with the best American men, usually finishing in the top ten.”

Despite all of this, McElmury continued her winning ways, triumphing in the 1969 National Omnium Track competition, followed by victories in the 1970 National Pursuit and Road Race Championships.

McElmury retired from cycling after a bad crash in 1974. She and husband, former Pan Am multiple champion Michael Levonas, continued to coach cyclists and triathletes in the San Diego area until they retired to West Yellowstone, Montana.

Together they wrote a book tilted Bicycle Training for Triathletes and Others.

McElmury was inducted into the United States Bicycling Hall of Fame in 1989. Her World Champion 1969 Berry bicycle can be seen on display at the Hall of Champions in San Diego, California.