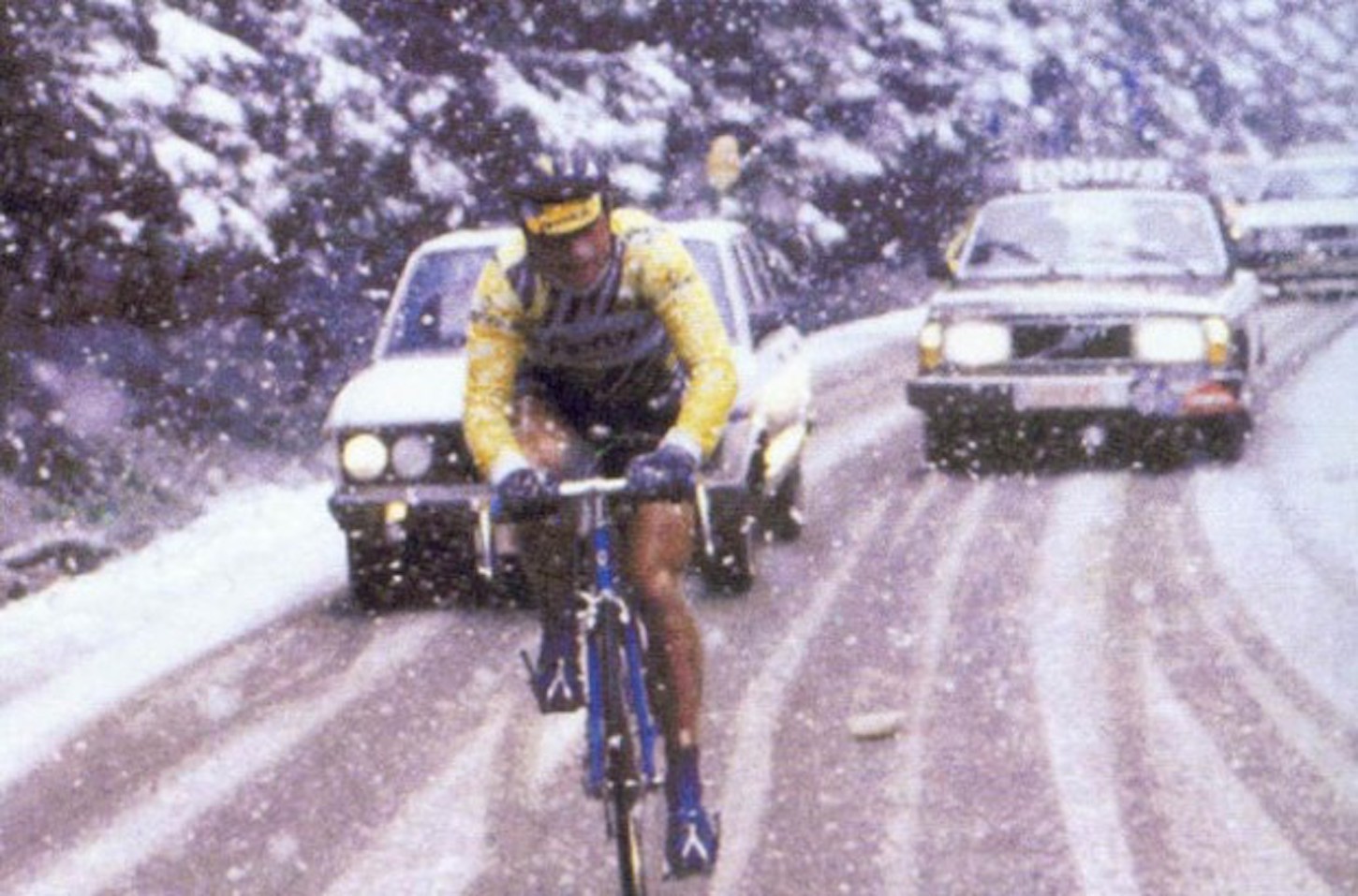 Conquering La Doyenne was never meant to be an easy feat. It took the Belgian pioneer Léon Houa almost 11 hours to dominate the first edition of Liège-Bastogne-Liège, in 1892, ahead of a scattered field of local riders. Almost a century and a half later, the Dane Jakob Fuglsang (Astana Pro Team) had to draw on his best shape and sharpest instincts to survive a near-miss and enter the winners’ list in the Spring of 2019.

Along its 105 editions, cycling’s oldest Monument has thrown epic challenges ahead of the sport’s biggest legends. The 1980 Liège-Bastogne-Liège is probably the most striking example, not just for French enthusiasts, but for many cycling lovers around the world.

Bernard Hinault was already an icon when he started this 66th edition of the race, 40 years ago, on April 20th. At 25 years old, ‘the Badger’ had already established himself as one the strongest characters in the bunch and had already conquered many stage races (the Tour de France, twice, as well as the Vuelta a España and the Critérium du Dauphiné) along with one-day races, including a previous Liège-Bastogne-Liège victory, in 1977.

But his start to the 1980 season had not lived up to these standards. In March, he had to abandon Paris-Nice due to the bad weather conditions hampering his right knee. Suffering from bronchitis, he also abandoned after a crash in Gent-Wevelgem in Flanders Fields and then had to settle for 4th in Paris-Roubaix and 3rd in the Flèche Wallonne. And the skies were not to be more lenient with him in Liège-Bastogne-Liège.

Hinault had planned to abandon

“Already it was zero [degrees celsius] at the start in Liège and then almost as soon as we left town it started snowing and it snowed almost all the way to Bastogne,” Bernard Hinault recently recalled in an interview with VeloNews. It took less than two hours of the race for the peloton to slim down by two thirds, due to the continuing abandons.

The legend even has it that some of the 174 starters came to pick up their race number then returned straight to their hotel in conditions that, had it existed back then, would have invoked the Extreme Weather Protocol, deployed by the UCI in 2016. The legend also says Hinault had planned to abandon.

“He wasn’t much happier than his fellows, close to crying as the ice crystals hit his eyeballs”, sports writer William Fotheringham describes in Bernard Hinault and the Fall and Rise of French Cycling. “He told Maurice Le Guilloux – the only other Renault rider to go any distance – that if the snow was still falling at the feed station at Vielsam, on the way back north, he would stop.”

Fortunately for Hinault, his entourage, and the history of cycling, the snow had stopped. “That was perhaps what saved me”, Hinault now acknowledges. “But the sun didn’t last long, and it started snowing again. It was just a brutal race with cross-winds all day.”

While Hinault was pondering his survival through this other northern hell, the conditions didn’t stop the Belgians Rudy Pevenage and Ludo Peeters from attacking and opening a 2-minute lead atop the côte de Stockeu. That’s when Hinault decided to give it a dig, with less than 100km to go.

Former and future winners of Liège-Bastogne-Liège Dietrich Thurau (1979) and Silvano Contini (1982) momentarily followed Hinault, with Henk Lubberding (winner of Gent-Wevelgem three weeks earlier). Hennie Kuiper wanted to join them but he crashed and had to let everyone go… He eventually finished second, only bettered by the unleashed Badger.

On the côte de Haute-Levée, Hinault dropped everyone. He was on for some 80km of racing alone through the snow-covered Belgian countryside. Riding off was the best way to keep warm, he said, adding a new chapter to his legend as one of the most fearless riders of his time.

The French icon went over the col du Rosier, the côte de la Redoute and all the remaining challenges, continuously increasing his lead over powerless chasers until he had built a lead of 9’24” over Hennie Kuiper and Ronny Claes. Trailing by 27 minutes, the Norwegian Jostein Wilmann finished 21st and became the last man to reach Liège on a day that saw 153 abandons.

Gilbert Duclos-Lassale, who had just won Paris-Nice and would go on to win Paris-Roubaix twice, was amongst these finishers (11th) but he said he has no memory of crossing the line that day due to the extreme exhaustion from such a hard race.

The race also pushed Bernard Hinault’s limits, freezing his hands. “I can still feel it in the second finger of both hands”, he told Fotheringham in 2014. A reminder of what he regards as his “greatest Classic victory”.