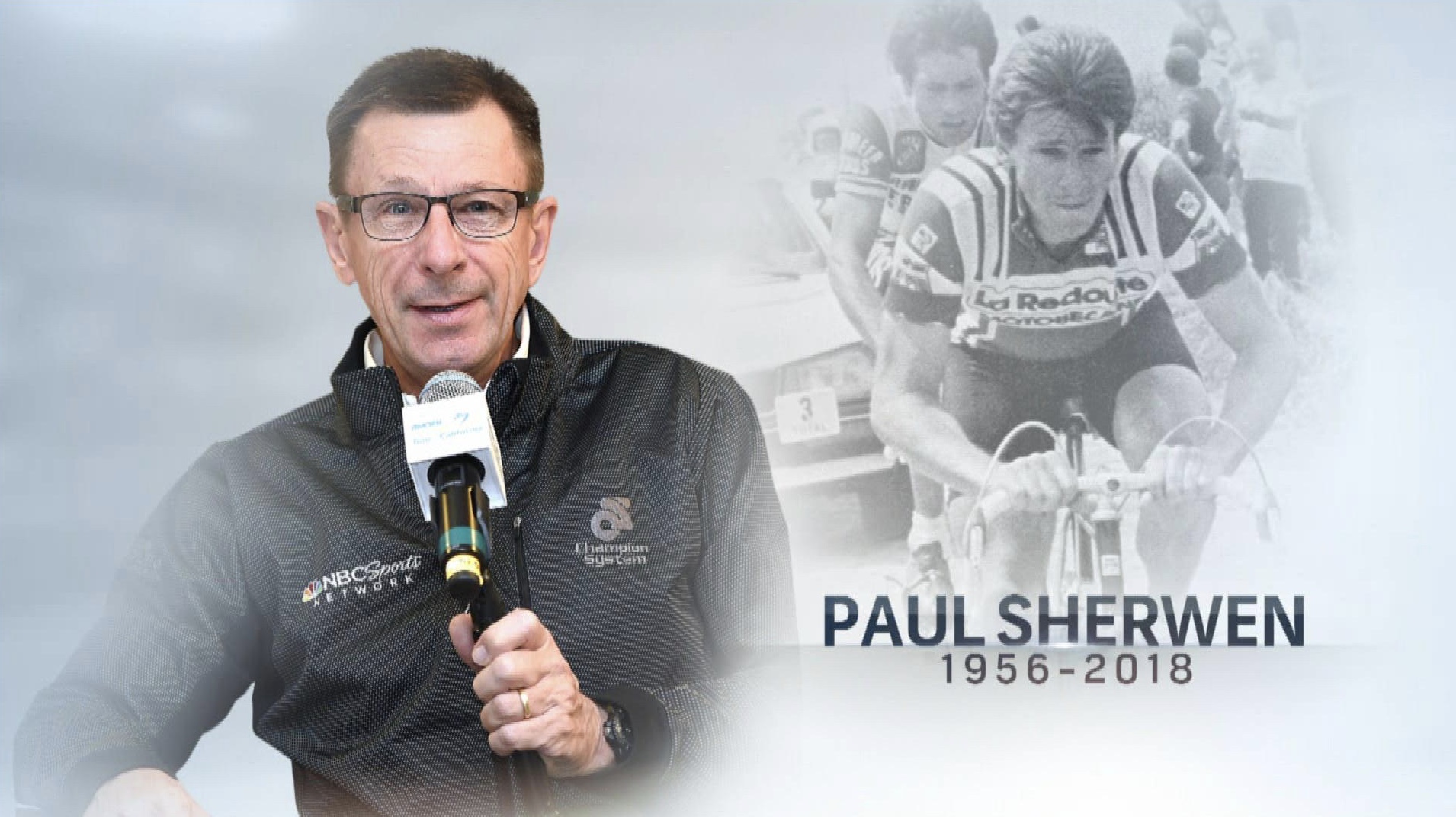 Renown pro-cycling commentator, Paul Sherwen, who is widely credited with introducing the English speaking world to the sport, died on Sunday at his home in Uganda. He was 62.

Sherwen’s voice became almost inextricable from the Tour de France and other major cycling events after a stellar career as a competitor. He rode in the Tour de France seven times during the 1970s and 1980s, twice becoming the British national champion. But the British cyclist is best known for his 33 years commentating on the world’s most famous and grueling cycling competition — many with co-commentator, Phil Liggett.

Over more than three decades, Sherwen spread his passion for cycling across British, Australian and American television and radio to new generations of fans. He covered the sport during five Olympic Games as an analyst for NBC Sports.

“We are saddened to offer our condolences to the friends and family of Paul Sherwen, who passed away this morning at his home in Uganda,” the news outlet said in a statement on Sunday.

“Paul was synonymous with the Tour de France in the U.S. and will be greatly missed by his legions of fans and the NBC Sports family, which was honored to be part of Paul’s 40th Tour last July,” NBC wrote. “Our thoughts are with Paul’s wife, Katherine, their children, and all of those in the cycling community who became Paul Sherwen fans over his many years calling the sport he loved.”

Members of the cycling community, including his longtime broadcasting partner, were blindsided by the news of Sherwen’s sudden death.

“I went to bed in Africa with a heavy heart last night feeling sadness like never before,” Liggett wrote on Twitter. “My team mate for 33 years was no longer with me. Your hundreds of messages showed how well @PaulSherwen was loved.”

Lance Armstrong, who won the Tour seven times before being stripped of his championships amid a major doping scandal, wrote about meeting Sherwen in 1992, when he worked as a press officer for Team Motorola. “He was always a class act and a great friend,” Armstrong said.

“The soundtrack to our July and our sport has been silenced,” Australia’s Cycling Central wrote on Twitter. “We are too gutted for words right now.”

Sherwen began his professional career in France, riding for Raphaël Géminiani’s Fiat squad in 1978. A year earlier he raced for Athletic Club de Boulougne-Billancourt, the amateur team that produced the likes of Jacques Anquetil, Bernard Thévenet and Stephen Roche.