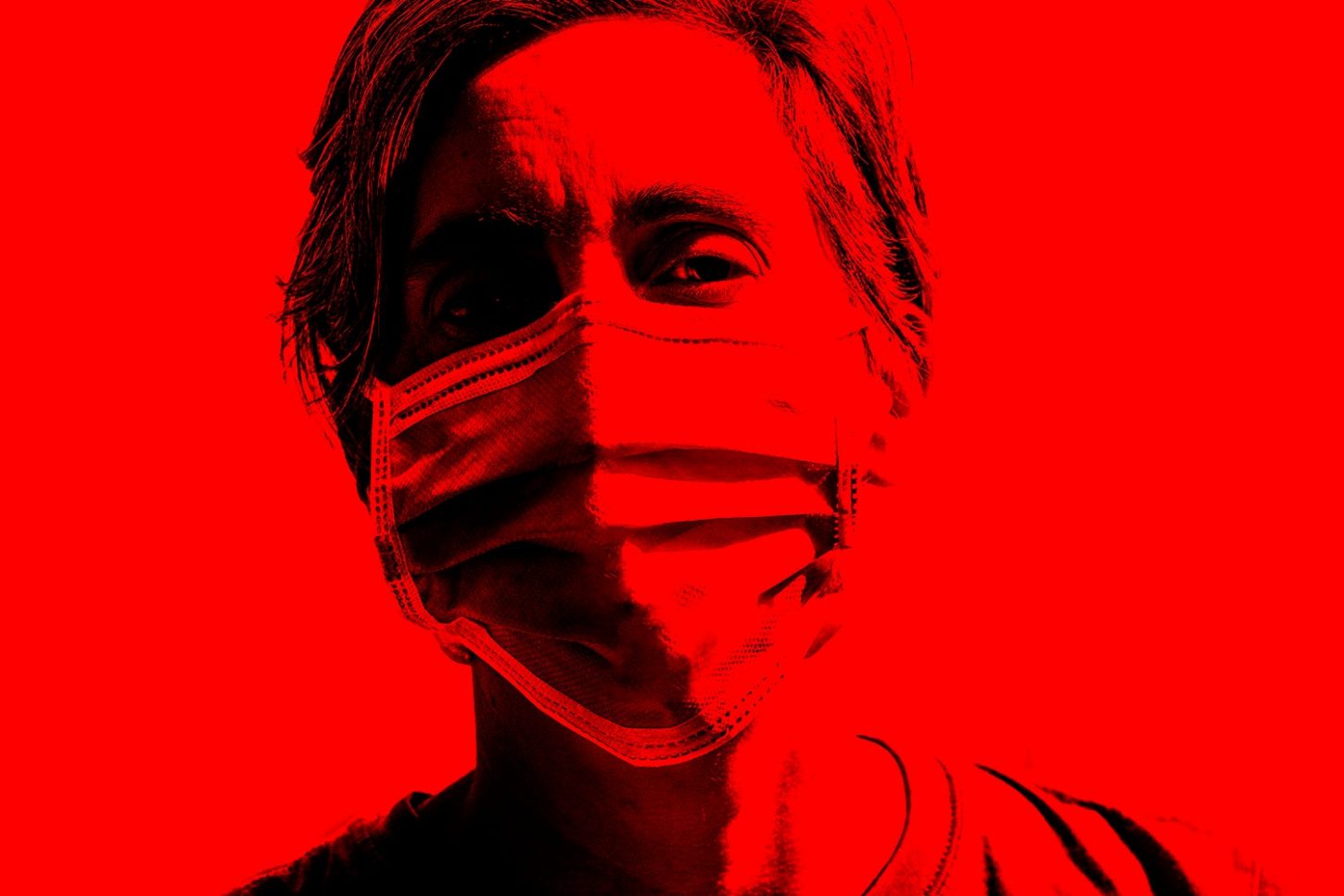 For six-time national time trial champion Marco Pinotti, now head of performance for CCC Team, the ordeal started at 4 a.m. on the cold morning of February 20th, when he headed to the airport to catch a flight to the Middle East for the UAE Tour. “I knew that the coronavirus had been around in China since January, and I thought I was being preventive. I took plenty of tissue paper and extra alcohol-based hygiene spray. I didn’t even shake hands with the taxi driver who was waiting for me outside of the house,” said Pinotti, who retired after the 2013 season.

The day after he landed in Dubai, Pinotti learned that one of the first instances of the virus in Italy had been detected in a small hospital not too far from his hometown of Osio Sotto, between Milan and Bergamo. Shortly thereafter, a few further cases were reported at another hospital only some 20 kilometers away. Almost immediately, schools, theaters, and other gathering spots began to shut down. “From far away in the UAE, I thought this was crazy,” said Pinotti. “I really had no idea or knowledge of the situation in China and South Korea. It just seemed liked too much to me, though now, in retrospect, I wish the authorities would have been stricter.” Broader closing of businesses and factories did not come until two weeks later. In the meantime, with most of the parents still at work, the young children who were out of school were generally taken care of by their grandparents – in effect, putting more elderly people at risk.

Thinking that he was safely far away from any contact with the virus, Pinotti focused on guiding his team to victory in the race. However, after Stage 5 of the race, he and his other colleagues were woken up in the middle of the night in their hotel, and informed that the race was over. Certain members of the race entourage had tested positive for COVID-19. “Everyone was tested that night and then immediately locked inside the hotel,” said Pinotti. “We weren’t given very much information about what was going on, especially at first.” Two days later, most of the teams were released and allowed to fly home. “That seemed like a relief,” he said. “I had no idea that I was actually jumping from the frying pan into the fire.”

Once he got home, he and his fellow team managers tried to decide what to do on the upcoming races – primarily Paris-Nice and Tirreno-Adriatico – considered by most of the team to be the “real” start of the season. But, said Pinotti, “The team doctors were unanimous in recommending that the team pull out of the races, not so much to prevent the riders or staff from getting sick (they are basically all young and healthy), but more to prevent them from being carriers, and worsening the impending pandemic. “Our doctors said it was the only responsible thing to do.” As a result, the team decided – as did six other WorldTour teams – to pull out from Paris Nice. And in the meantime, Tirreno-Adriatico was postponed. “In hindsight, this was a good decision,” said Pinotti, “but it certainly wasn’t an easy one.”

The CCC riders were obviously disappointed but still keen to prepare for the Classics season, so the team began to organize a training camp for six of their racers in Sierra Nevada, Spain – renting a separate apartment, to keep the riders away from any risk of contracting or spreading the virus. “But almost immediately it became clear that the virus was rapidly spreading in Spain as well, so we disbanded the camp and the riders all flew home.” Pinotti says that the CCC riders continued training until last week, but have now been advised to slow down, and that training is not a priority for at least the next couple weeks.

Looking back over the huge changes that have taken place in just the last three weeks, Pinotti says, “Things escalated very quickly in Italy, especially here in the province of Bergamo, which is basically the epicenter of this earthquake. The kids are home from school since February 21; a total lockdown of the country has been in place since March 8. Despite this, our province has become the area with the highest amount of deaths and very sick people. What was supposed to be an efficient hospital system has almost collapsed. All the doctors and nurses are working non-stop, including all kinds of retired doctors and paramedicals who have come back to work, to replace sick ones.”

“We are like prisoners in our own homes,” Pinotti continues. “Outside is like a desert. There is no one on the streets. People are allowed to exit their houses only to buy food or medicines. I am buying groceries and supplies for my parents, who are both in their 70s. I leave the groceries at their gate and wave them from two meters away. My wife’s mother is from a small village 20 kilometers away from us. There, 70 people have died in the past 12 days – seven times more than all of last year.”

Former Giro d’Italia chief Michele Acquarone has been totally locked down since March 1. “Smart-working for me and my wife, smart-studying for my 3 children. We have tried to separate the rooms, but as you can imagine, it is not easy because the apartment is not large enough and we continually step on each other. We also don’t have enough computers and our wifi is not powerful enough to cover everyone’s needs.” Acquarone experienced flu-like symptoms and a fever last week. “My head was bursting and every bone ached. I spent two days wondering it if was COVID-19,” he says, but after a telephone consultation with his doctor, he has remained home and working – assuming he has a more simple strain of flu.

Russian CCC racer Pavel Kochetkov lives in the nearby village of Predore during the season with his family. Under the lockdown, he says he is trying to play with his kids on the building’s balcony or walk around in the garage, to have some activity. Kochetkov raced the UAE Tour, but he says, “It feels like that was a long time ago.” Regarding the current situation, he says, “Our town is calm and quiet, but of course people are frustrated and upset. Some people are putting big sheets of paper on their windows with writings of hope on them.”

CCC Team climber Fausto Masnada is also originally from Bergamo, and he echoes these comments. “The atmosphere here now is unreal. When I go to the supermarket, there is no one in the streets, just a scary silence.” His last race was the Tour des Alpes Maritimes et du Var. “I hope that we can race soon, but now health is more important.”

Although this area of Italy has always been a hotbed for cycling, only pro riders now have the permission to ride on the roads, and may have to present their UCI license to avoid arrest. But that is already causing controversy. Says local amateur cyclist and medical technician Andrea Natali, “In the event of a fall or an injury to the cyclist, there would currently be no place in the hospital for him, or perhaps he would take away precious time from others fighting for their lives. I am disappointed to read posts or interviews about pro cyclists who are worrying about their training and peak forms and so on, when we have a world emergency at our door.”

Natali is a licensed medical rescuer and ambulance driver in the town of Alzano Lombardo, where some of the earliest cases of the virus were detected. He had been training for a gran fondo on March 29, until about two weeks ago, when the situation transformed almost overnight. “The situation here is something I had never seen,” he says. “I was used to the traffic, the noise and daily stress of all the cars, motorcycles and delivery trucks. Then suddenly we jumped into this silence, where the only sounds are bird songs and constant ambulance sirens.”

CCC Team communications director Phoebe Haymes, is holed up in Girona, Spain – where the situation is more or less the same, although she says, “we are maybe a week behind Italy.” The whole country is in a state of emergency and 24-hour lockdown, with no one permitted to leave their homes except for “essential” trips – basically to the supermarket or pharmacy. Outdoor exercise is not allowed, she says, “unless you are fortunate enough to have a dog, which you can walk briefly.” Unlike in Italy, where pro cyclists are still allowed to ride on the road, for now even professional cyclists are not allowed to ride their bikes outside. And almost one hundred pro cyclists live in Girona.

This may seem draconian, given the situation in the U.S. to date, where health officials are still encouraging people to get out on a walk, hike or ride to get some fresh air. But Italian officials worry that if they allow some people to go out, then everyone will start going out, and pretty soon the “social distancing” will be impossible to enforce. And Pinotti emphasizes that those policies are being strictly enforced. “My brother lives in a very small village and went out for a walk in the fields early one morning – in the middle of nowhere – but was stopped by the police and told to go home.”

Pinotti says that it’s impossible to think about or try to plan the rest of the cycling season under the current circumstances. “We are basically in the middle of a silent war; the lives of everyone here have changed so much. When you are farther away, you think you are being more objective, and not getting consumed by what you think is an irrational panic. But when you get home and face the problem – the numbers at the hospital, the sirens of the ambulances and all the obituaries in the newspaper – it becomes real very fast. It’s like something that we have only seen in movies before. And then I think – other countries need to learn from our experience here in Italy, and not wait so long to take important steps. I want to tell everyone – ‘wake up!’

Medical worker Natali said, “I can tell you that the situation in here northern Italy is dramatic; the hospitals are collapsing, we have doctors and nurses who are making routine 12 to 15 hour non-stop shifts. We are short of respirators, we are short of health personnel, we are short of places in mortuary chambers and crematory ovens. This is a real emergency that must be put in first place – before any training, before any races. This is the most important race to win, and we must win it all together.”