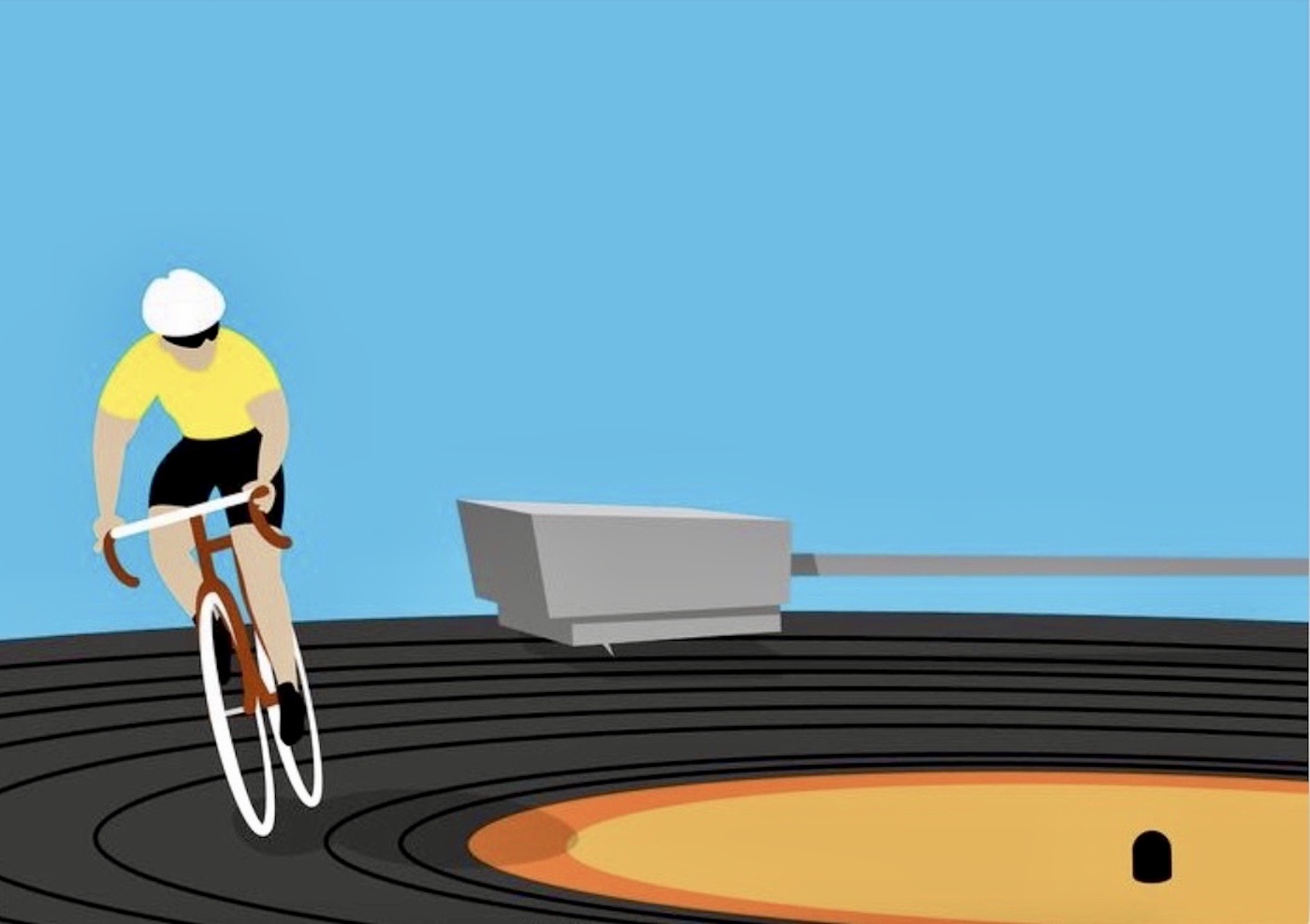 According to new research, listening to music while cycling might be the key to improving a cyclist’s performance when the person feels mentally fatigued.

The research found, the performance of cyclists who listened to a self-selected playlist after completing a demanding thinking task was at the same level as when they were not mentally fatigued.

The study is the first to investigate the effect of listening to music playlists on endurance capacity and performance when mentally fatigued.

Researchers at the University of Edinburgh used two tests to study how listening to music affected the cycling performance of eighteen fitness enthusiasts.

The groups completed a 30 minute computer based cognitive test, which put them in a mentally fatigued state before completing a high intensity workout. The cyclists were tested with and without self-selected motivational music.

Researchers assisted participants in choosing motivational songs with a pre-test questionnaire asking them to rate the rhythm, style, melody, tempo, sound and beat of the music.

Examples of songs participants listened to were: Everyday by A$ap Rocky; Addicted To You by Avicii; Run This Town by Jay-Z; Power by Kanye West; No One Knows by Queens of the Stone Age; and Eye of the Tiger by Survivor.

During the workout, heart rate and rating of perceived exertion were measured at multiple points.

The team took into account the results of a baseline test taken by participants, which was without a mentally demanding test beforehand,  and without the use of music.

The researchers found that mental fatigue during low intensity cycling improved moderately with music compared to without music, while the fast paced riding test also showed small improvements with self-selected music versus no music.

Researchers say the positive effects of music could potentially be due to altered perception of effort when listening to certain songs.

Dr Shaun Phillips of the University of Edinburgh’s Moray House School of Education and Sport, said, “mental fatigue is a common occurrence for many of us, and can negatively impact many of our day-to-day activities, including exercise. Finding safe and effective ways to reduce this negative impact is therefore useful.”

“The findings indicate that listening to self-selected motivational music may be a useful strategy to help people improve their cycling capacity and performance when mentally fatigued. This positive impact of self-selected music could help people to better maintain the quality and beneficial impact of their exercise sessions.,” he adds.

Researchers say there are opportunities for further study into how listening to music while cycling affects larger and different groups of people, in different settings, and using different exercise challenges. Work in these areas is ongoing at the University of Edinburgh.