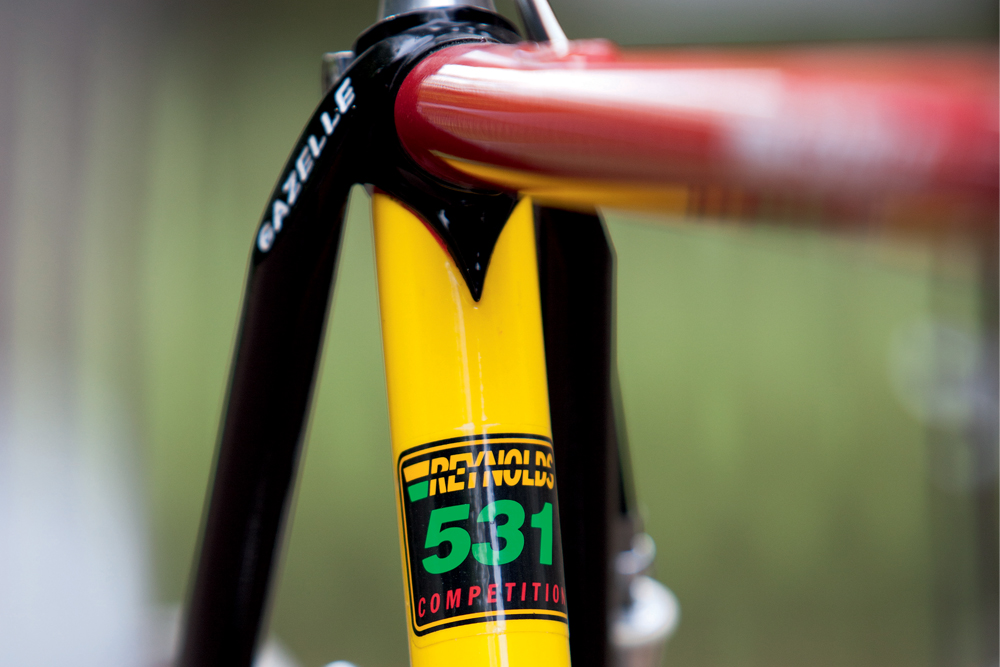 There’s no brand of tubing in the bike industry more revered than Reynolds, nor is there a retailer of men’s apparel in the UK any more swanky than Oi Polloi. As such, the two brands have collaborated on a new range of retro cycling togs that harken back to the golden era of cycling.

Indeed, no brand of tubing can boast more Tour de France victories as Reynolds, which is only fitting that the legendary company should create a special Heritage line of apparel that pays homage to its famous 531 and 753 tube sets, and allows loyal followers to strike a pose as though they were atop the old world podium.

Established in Birmingham England in 1897, the company revolutionized cycle manufacturing with the development of butted steel tubes and in 1935 launched Reynolds 531 which is still much revered in the cycling world. The magic numbers, which still adorn virtually every classic racing bike with the iconic sticker on the seat tube, derive from the ratio of the three main elements used in the make-up of 531’s steel alloy tubes: manganese, carbon and molybdenum.

Inspired by Reynolds’ rich British cycling heritage and their extensive archive, the collection references classic cycling pieces for detailing and styling and comprises of t-shirts, polos, track tops and outerwear.

For the launch of the collection, Oi Polo’s Nigel Lawson said, “It’s been great working with the team at Heritage, re-energising one of British cycling’s most famous brands with the new collection we’ve designed. When we started to look at designing the collection, it was amazing to see the wealth of Reynolds historical memorabilia available to us and the depth of the history of the Reynolds brand. We’ve respected the brand’s history while giving things a modern twist.”

Keith Noronha of Reynolds commented, “Reynolds are delighted to work with Nigel Lawson and Heritage Apparel on this project. The creativity of the designs, based on our cycle tubing decal artwork and imagery, has been amazing..” “The result is a line of clothing that we would love to wear ourselves.”

The collection will be available at selected UK retailers starting in August.