“RideAir” – The Next Generation Air Pump 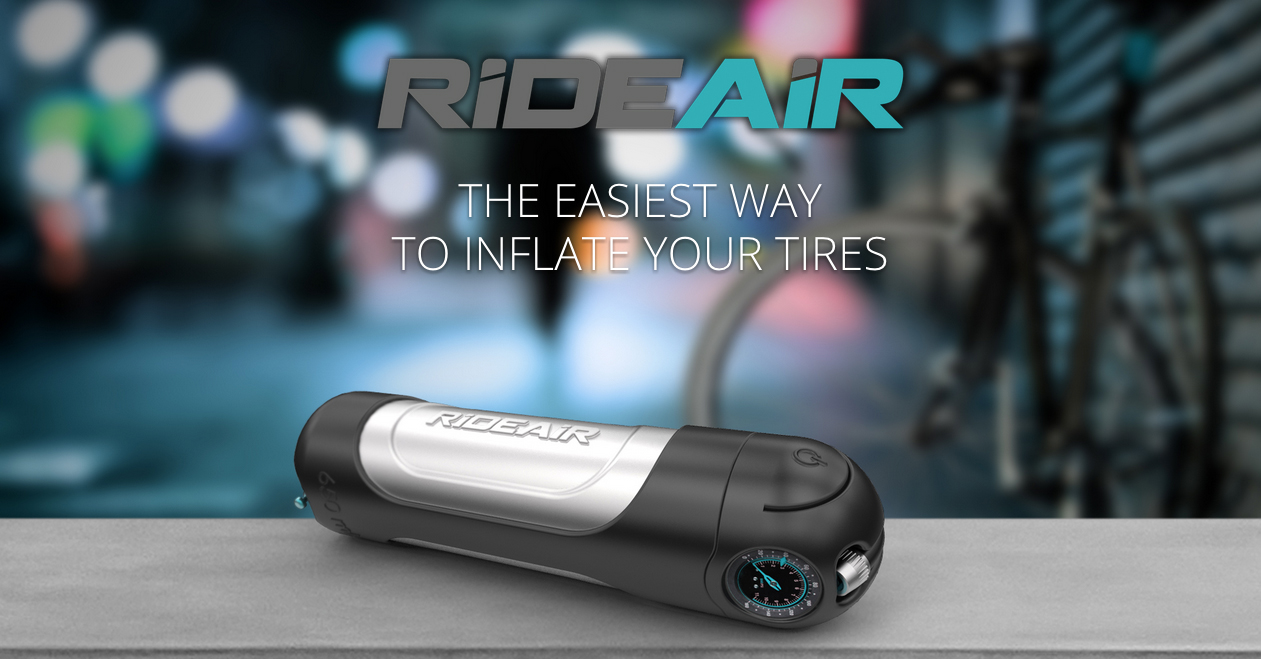 Every week there seems to be some kind of a new bicycle “grudunza” that pops up on Kickstarter seeking funding from the cycling masses.

This week it’s the RideAir, which is a refillable compressed air canister that’s designed to fit into a bike’s water bottle cage, that the company is hailing as “the next generation of effortless air pumps”.

Unlike a disposable CO2 canister, the RideAir is charged using an air compressor, which features an extractable inflation tube that’s both presta and schrader valve compatible, and it works as simple as pressing a button to inflate a tire. The device also has a built in pressure gauge, so the appropriate amount of air can be regulated too.

The RideAir features a 650ml aluminum tank that weighs about a pound, which can provide up to 300 psi of air. That’s roughly enough to  inflate a 25mm tire to about 70psi x 2.

While 70psi is not sufficient for a high performance road tire, the RideAir is aimed at the urban cycling and commuter segment, as a quick and efficient alternative to a manual pump.

For more information about the RideAir, check out the commony’s Kickstarter campaign.