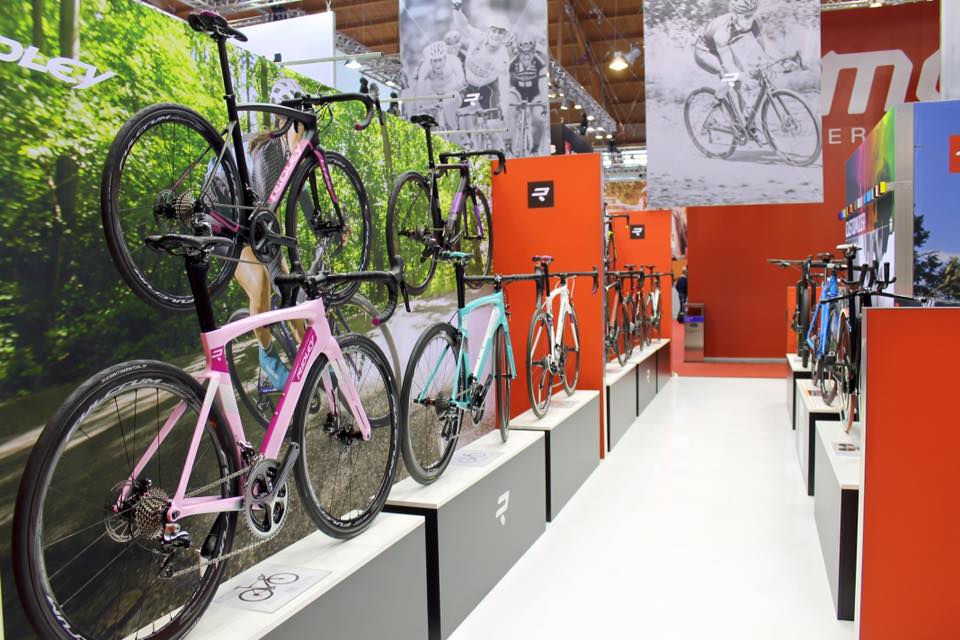 Ridley officially launched a new range of women’s road bikes this week, during a presentation at the Zeppelin Museum in Friedrichshafen, Germany.

According to Ridley’s product manager, Bert Keens, other brands have approached the issue of women’s specific road bikes poorly, especially as it relates to the issue of sizing and geometry.

“We discovered that our Ridley performance geometry is very suitable for women’s bikes also,” he said. “There are some differences between men and women. Women have narrower shoulders, hips are a bit wider, and on average women are not so strong as men.”

After taking these parameters into consideration, instead of altering what Ridley feels are proven designs, instead the Belgian brand has taken the same features that have made their Noah, Helium and Fenix road bikes successful, and tailored them with shorter stems, narrower bars, zero offset seat posts and shorter crank lengths.

Expect to hear more about Ridley’s range of women’s bike following its launch at this week’s Eurobike show.