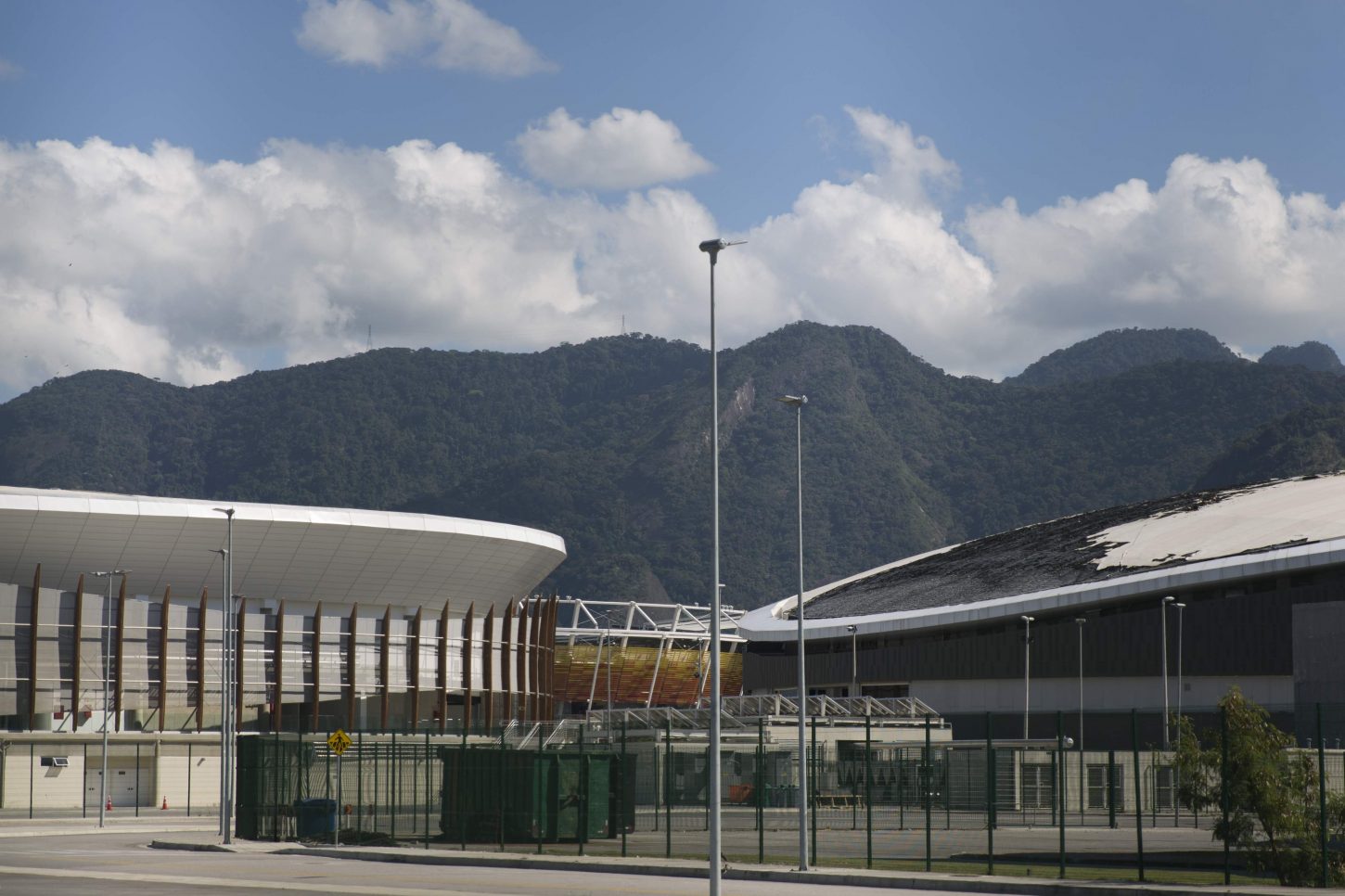 The track and roof of the velodrome built for last year’s Rio de Janeiro Olympics were damaged in a fire over the weekend, when the building was struck by a small, hand-made hot-air balloon.

A charred area could be seen on the roof of the structure, and shots from TV network Globo showed a 20-30 meter (yard) portion of wood track surface had burned.

The racing surface was made of special Siberian wood, a requirement that made the velodrome one of the last venues to be ready for the Olympics.

The Brazilian sports ministry confirmed the incident with no injuries reported. In a statement it said the damage was being evaluated.

Despite being illegal, the release of the hand-made balloons — or lanterns — is common in Brazil. The balloons often cause fires when they land.

The incident took place just a few days short of the one-year anniversary of the Rio Games, which opened on Aug. 5.

The velodrome cost about $45 million and, like a half-dozen other sports arenas in the Olympic Park, is struggling to find a use. Many of the arenas are boarded up, and the park in suburban Barra da Tijuca is largely vacant with few amenities for visitors.

There were no reports of injuries because the fire hit during the night. The full damage is being evaluated.

Brazil’s sports minister, Leonardo Picciani, confirmed the incident on Twitter and posted videos of further Chinese lanterns or balloons falling near the site inside the Olympic Park. He wrote, “absurd! In addition to the balloon that burned the velodrome, other balloons fell in the Olympic Park” with a photo showing several of the Chinese lanterns.

A government statement condemned the use of the Chinese lanterns and promised to repair the damage to the velodrome.

“The Ministry of Sport deeply regrets the incident this morning at the Velodrome Park and at the same time criticises this criminal practice of releasing balloons,” the statement reads.

“The velodrome, a legacy of the Brazilian Olympic Games, was used by athletes and the community of Rio de Janeiro. We await and rely on the punishment of those involved for destroying more than a public good, a common site for all.”

“After the fire brigade, we will assess the damage and measures to be taken to recover this important national asset.”