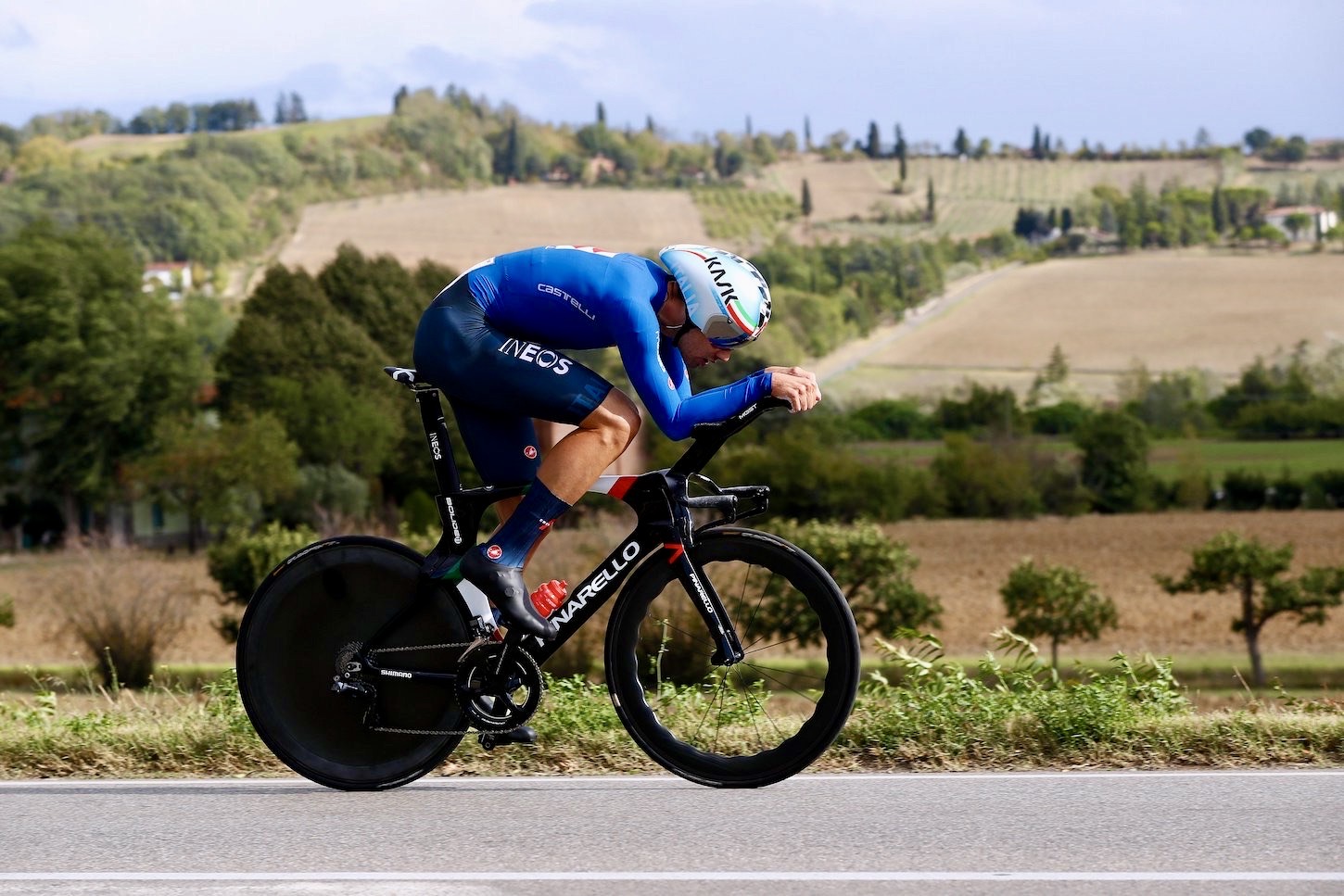 The Italian was neck-and-neck with Van Aert at the various checkpoints throughout the 43.3km route – and 0.8 seconds down at the final check.

But despite being urged to slow by cheeky Belgian fans, he proved the strongest in the final moments to clock 47:48 and edge the all-round star.

“I didn’t know if I could arrive at the World Championships with good sensations and good shape but today when I woke up, I had a good feeling in my legs and in my head I just dreamed to win again today,” said Ganna.

“For me defending this jersey is very important and I hope to honor it in the next year.”

Fifty-five riders took to the start in Knokke-Heist to complete a 43.3km circuit ending in the city of Bruges, with thousands by the roadside.

Kasper Asgreen of Denmark, Britain’s Ethan Hayter and the new European champion Küng were all delivering on the pan-flat course, but it was the reigning champion Ganna who was threatening Van Aert the most, falling just seven seconds shy of the Belgian after 13km.

Tony Martin, a four-time world champion in the discipline, then posted the provisional second fastest ride on the day he announced his retirement from professional cycling, although the exhausted German knew a final podium would be a stretch and he eventually would finish sixth.

The Flanders crowd, who had cheered Evenepoel along the home route with banners and deafening cheers as he set new fastest times at each of the two checkpoints, were then rooting for another one of their own: Van Aert setting off and posting the fastest time at the first intermediate time check, improving on Evenepoel by 30 seconds.

Remco Evenepoel took third as Belgium secured two spots on the podium but not the top step they desperately craved.

Van Aert, meanwhile, went through the second checkpoint 30 seconds quicker than Evenepoel, and less than two minutes later Ganna went past less than a single second adrift of Van Aert.

In the interim, while the audience waited for the final denouement to the thrilling head-to-head between Van Aert and Ganna, Tour de France winner Tadej Pogačar posted a very respectable time that saw him finish 10th on a parcours not suited to the Slovenian.

Asgreen finished 2.300 seconds off Evenepoel to secure fourth, and just a few minutes later the young Belgian was finally disposed of his title as race leader, with his compatriot Van Aert crossing the line 36 seconds better than Evenepoel.

Kung’s 48-54 meant that Evenepoel was secured a place on the podium, but all eyes then turned to Ganna’s finishing kilometers, and the Italian had timed his effort to perfection to finish six seconds up on Van Aert and ensure that the rainbow stripes remain his.