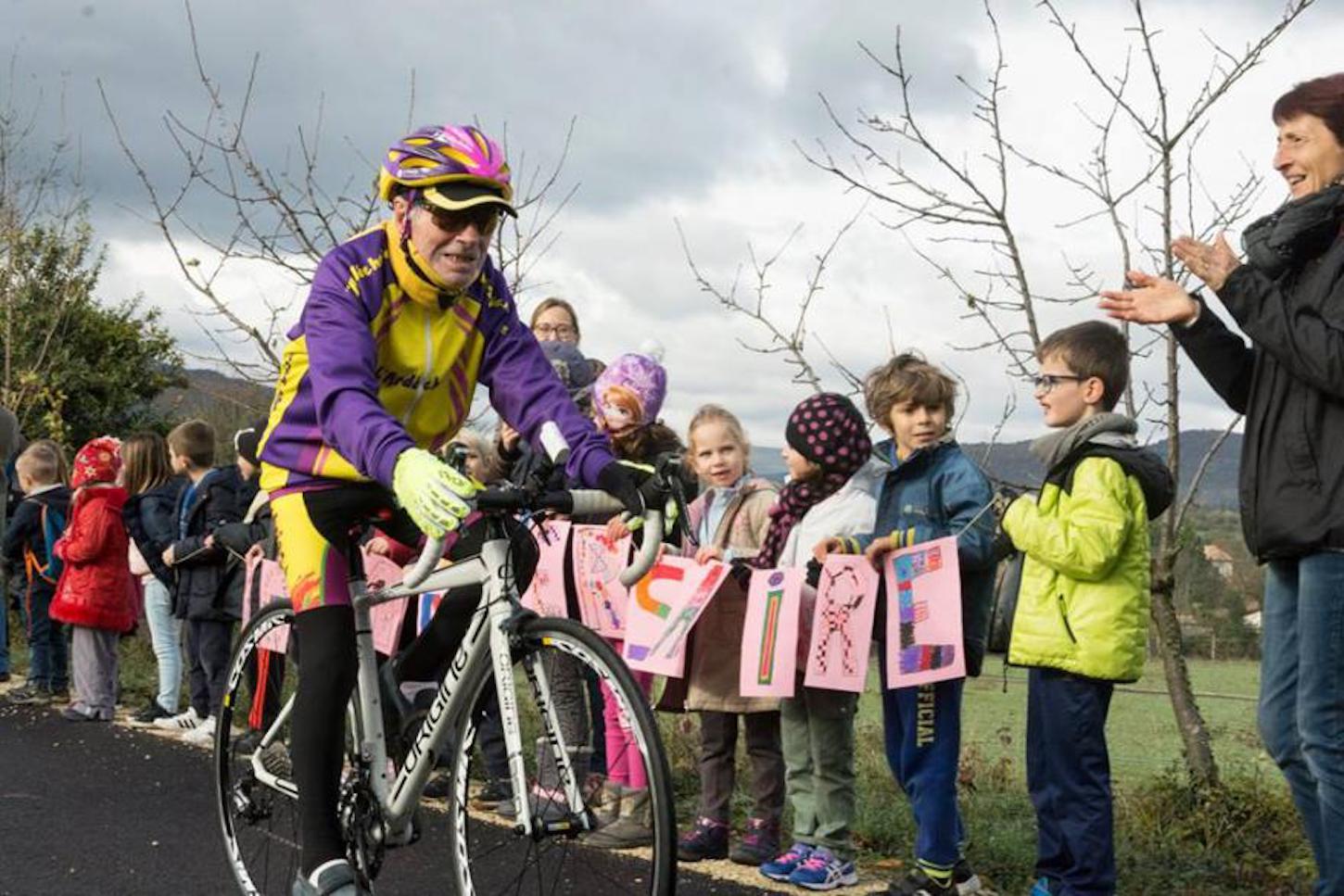 The irrepressible ultra-centenarian, Robert Marchand, decided to celebrate his 107th birthday on Monday by going for a short bike ride in Ardéche, France.

Indeed, Marchand was accompanied by some 30 cyclists from the Ardéchoise cycling association on a 20 kilometer ride, which included a climb named in his honor –  the Col du Robert Marchand.

Marchand told the Italian newspaper, La Gazzetta dello Sport, that he was delighted by the ride, but regretted not being dressed warm enough.

“I was only sorry that I suffered from the cold, I wasn’t dressed properly for the weather.”

In January of this year, Marchand made headlines after beating his previous Hour Record and setting a new benchmark in the 105+ age group, which was created specially for him by cycling’s governing body, the Union Cycliste International (UCI), by covering 22.547 kilometers.

Despite retiring after his world record feat, the Frenchman took to the “boards” at the French national velodrome in Saint-Quentin-en-Yvelines last month for an unofficial ride along the track.

After his hour-long ride, the former gym instructor, Paris firefighter and lumberjack in Canada, revealed some of his secrets to longevity.

“I try to do a little bit of exercise every day, even if it’s just 20 minutes,” he said.

“One mustn’t let oneself go soft. The day you just sit in your armchair and stop moving, you’re screwed.”