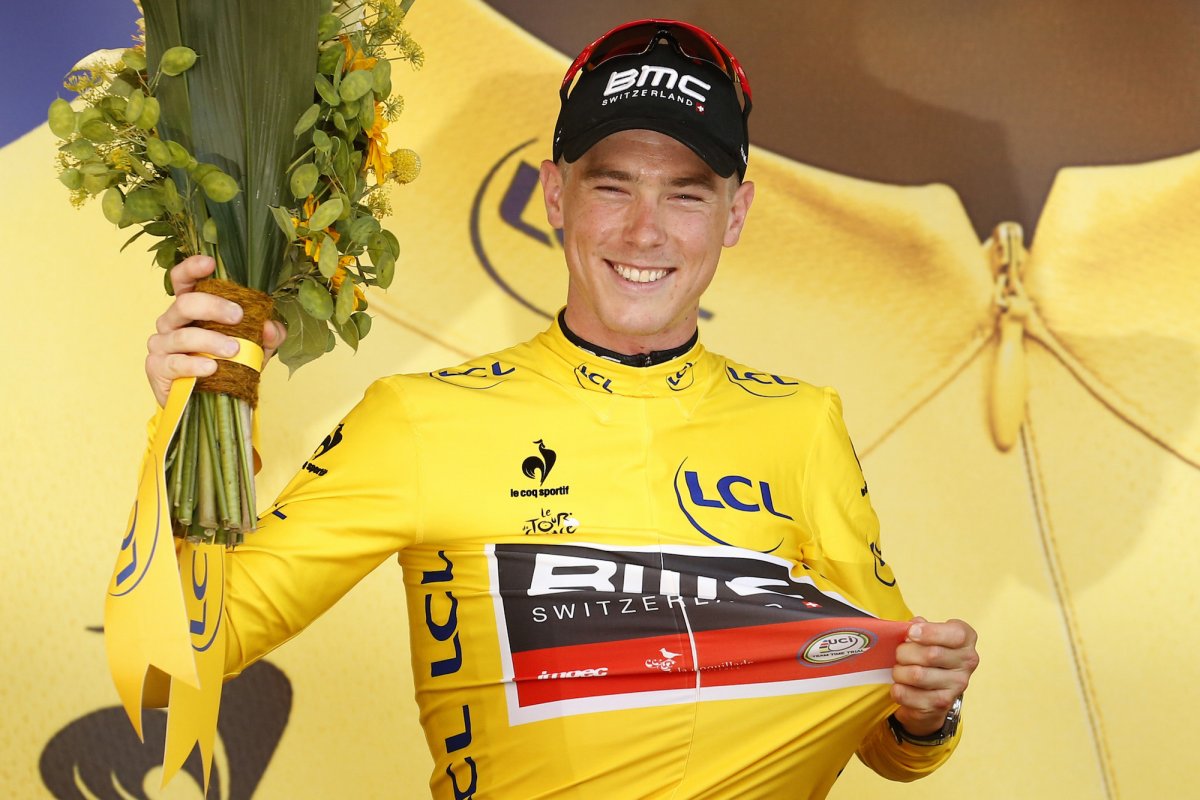 13 Nov 2015
By Gianni Pericolo - In LATEST ARTICLES, THE GREAT RACE

Rohan Dennis was awarded the ‘Oppy Medal”, after being named Australian cyclist of the year at a ceremony in Melbourne on today.

“There are some exceptional riders who have won the Oppy so to be in that sort of company is pretty special,” said Dennis. “I thought I might be able to win it later in my career after I’d won a monument or a Grand Tour. I never thought I would get it this early in my career.”

Dennis’ most notable achievements this year, was setting a new UCI Hour Record, winning the overall title of the Tour Down Under and donning the mallet jaune during the opening of this year’s Tour de France.

“There are a lot of things that I did this year, that show that it was a really good year. Obviously winning the opening time trial at the Tour was a good result but I’m proudest of having had a consistent year, with a wide spread of results,” said Dennis.

“Initially I didn’t think it was that good a year. I just picked a few targets and went for them. Then, when speaking with Allan Peiper (BMC Team Manager), I listed the things I did and I’d forgotten about leading the Dauphiné, winning the team time trial at the Tour and the team time trial at the World Championships. Allan helped put it in context by comparing it to what some other people achieve in an entire career.”

Yet, despite a superb 2015 and capping the year with Australian Cycling’s major award, Dennis has his sights already firmly set on 2016, including targeting the time trial at the 2016 Cycling Australia Road National Championships in January.

“My ambitions for next year haven’t changed, I want to start well with time trial at nationals,” Dennis added.

“It’s always special to wear the national jersey for the year and I can beat the best in Europe but I haven’t made it click in January.

“That’s my first goal. After that I’m looking at having a go at the Tour of California and playing role for the team at the Tour de France.

“But the main goal is the Rio Olympics.”

The Sir Hubert Opperman Trophy has been presented to the Australian Cyclist of the Year since 1958. For the years 1958 to 1995 the Award was under the custodianship of the award’s founder Mr Bill Long OAM, a life member of Cycling Australia, and it was presented for the most outstanding Australian ‘cyclist of the year’.

Cycling Australia took custodianship of the Award in 1996 and it is now presented to the best all-round performing cyclist each year who also displays a high level of sportsmanship and is an ambassador for the sport of cycling.

In an incredible 21-year career, ‘Oppy’ notched up an impressive list of cycling achievements both at home and abroad. He won the Australian Road Championship in 1924, 1926, 1927 and 1929 and posted the fastest time three times in the Melbourne to Warrnambool Cycle Classic. Hubert Opperman became the world’s greatest endurance cyclist when he defeated the cream of European endurance riders in the 1931 non-stop 1166 kilometre Paris-Brest-Paris breaking all previous records over the distance.

When the world went to war, ‘Oppy’ hung up his bike and joined the air force. In the post-war years, he served as the Liberal member for Corio for 17 years under Prime Ministers Sir Robert Menzies and Harold Holt. ‘Oppy’ served with great distinction as Chief Government Whip and later, was elected to Cabinet as Minister for Shipping and Transport 1960-1663, and Minister for Immigration 1963-1966. In 1967 he became Australia’s first High Commissioner of Malta.