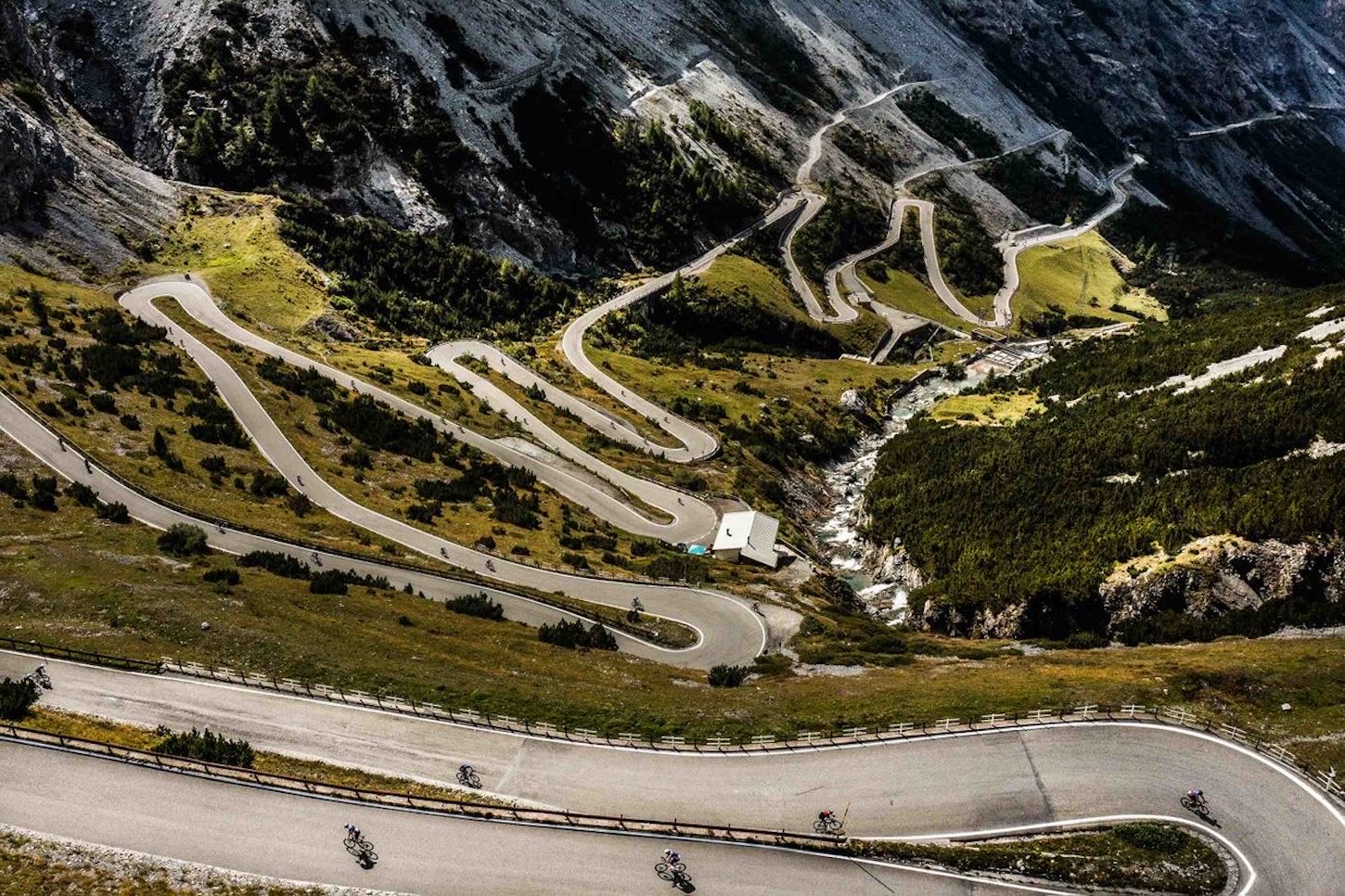 There will be two types of entry for 2022, giving riders the choice between two routes, along with a special edition kit that comprises a jersey with coordinating bibshorts for both men and women. In addition to the official kit, Santini is also planning a series of other accessories dedicated to the event such as gloves, a vest, socks and a cotton t-shirt, ensuring that riders have a complete race kit to pack for the Gran Fondo.

New twist to the Long Route

To celebrate its 10th edition, Santini has introduced a change to the Long Route, giving first-timers a new climb to the Mortirolo Pass, with the start now moved to the village of Sernio.

The climb will feature two parts, an attack with a sharp uphill with tough gradients, followed by a second section that will reward riders with an extraordinary vista.

Once riders leave the village of Sernio behind them, they will then face a long series of hairpins with gradients that peak at 17%, taking them through chestnut and fir forests to an altitude of 1, 852 meters where they meet the junction with the road from Lake Guspessa that separates Valtellina to the north from Camonica to the south.

Having covered 12.8 kilometers, with the first part of the climb now behind them, riders will face the second half of the route with 10 or so easy and enjoyable kilometers along one of the most spectacularly panoramic roads in Upper Lombardy, with a route that takes in spectacular views that range all the way from the Bernina glacier to the peaks of the Orobie, as well as views of the Adamello Group – stressing the Zangrando.

In the background, riders will also see the peaks of Mount Reit, which they will round to climb the coveted Stelvio Pass and the traditional finish-line. From the Mortirolo Pass, the pack will then descend towards Grosio and the usual valley floor route.

While it doesn’t take in the grueling Mortirolo climb, the Medium Route will now follow the Long Route for the first two kilometers from the Sernio junction.

After the “feed zone” that’s been moved from Tovo to Sernio, the route rejoins its traditional course to Bormio and the Stelvio, while the 60 kilometer Short Route remains the same with its 2,000 meter elevation gain. Also, al three Routes will commence from the same start line at Bormio and end at the finish line at the top of the Stelvio Pass.

The final classifications will remain the same, which will be decided on the sum of each rider’s times for the individual climbs, with the top scorers in each category taking the Gran Fondo Stelvio 2022 Queen of the Mountain and King of the Mountain polka dot jerseys.

Addiotnally, there will also be a classification for the overall King and Queen of the Mountain for each of the individual climbs (Teglio, Mortirolo and Stelvio), along with the teams with the most number of entrants and finishers also receiving prizes.

As usual, there is no general classification, but the organizers will be publishing the total finish times of all of the finishers in alphabetic order.