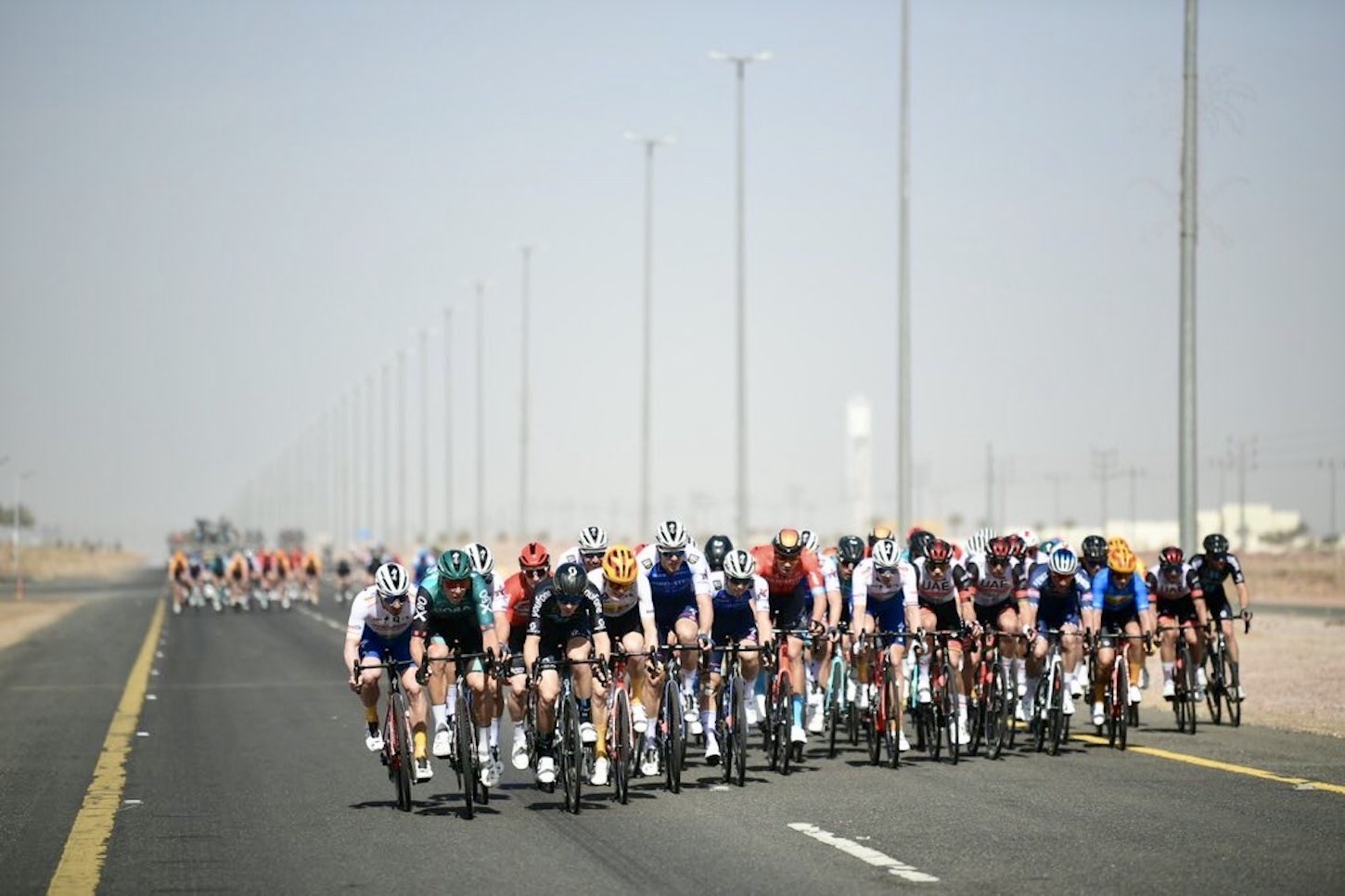 Dylan Groenewegen (BikeExchange-Jayco) claimed stage 3 of the Saudi Tour today, after the Dutch rider streaked clear of the peloton during the final few hundred meters to seize the victory ahead of Dan McLay (Arkea-Samsic) following 181 kilometers of racing from Tayma Hadaj to AlUla Old Town.

“It was a really great lead-out, I only had to sprint 100 meters. We had a new plan today and everyone did their job very well. It was a really hectic stage, but the team always managed to put me in a good position. Everyone came back from the cross-winds, which was also favourable for us.I have to thank the team. We made up for it [Groenewegen’s failure to make the top 10 on stage one] today,” said Groenewegen.”

Today’s stage was plagued by strong winds, with yesterday’s stage winner and race leader Santiago Buitrago (Bahrain Victorious) finding himself caught on the wrong side of an early split initiated by QuickStep-AlphaVinyl.

However, after a hard-fought chase, the front two echelons eventually merged into a lead group of 50 or so riders, earning the Colombian rider another day in the leader’s jersey.

A trio containing Edward Planckaert (Alpecin-Fenix), Anthony Turgis (TotalEnergies) and Benjamin Declercq (Arkéa-Samsic) managed to escape the front group early-on in the stage, subsequently opening up an advantage of around 3 minutes with 70 kilometers remaining.

Undeterred by strong headwinds, Turgis later forged clear alone, amassing a sizable gap of 5 minutes before the chasers began reining him in.

The French rider’s resistance was finally brought to a halt with 14 kilometers remaining, with an inevitable sprint finale shaping up from there.

Tomorrow’s stage 4 stage promises plenty of challenges for the climbers, with the race traveling from Winter Park to Skyviews of Harrat Uwayrid, featuring ramps of up to 22%, making the final climb to the finish a savage affair.