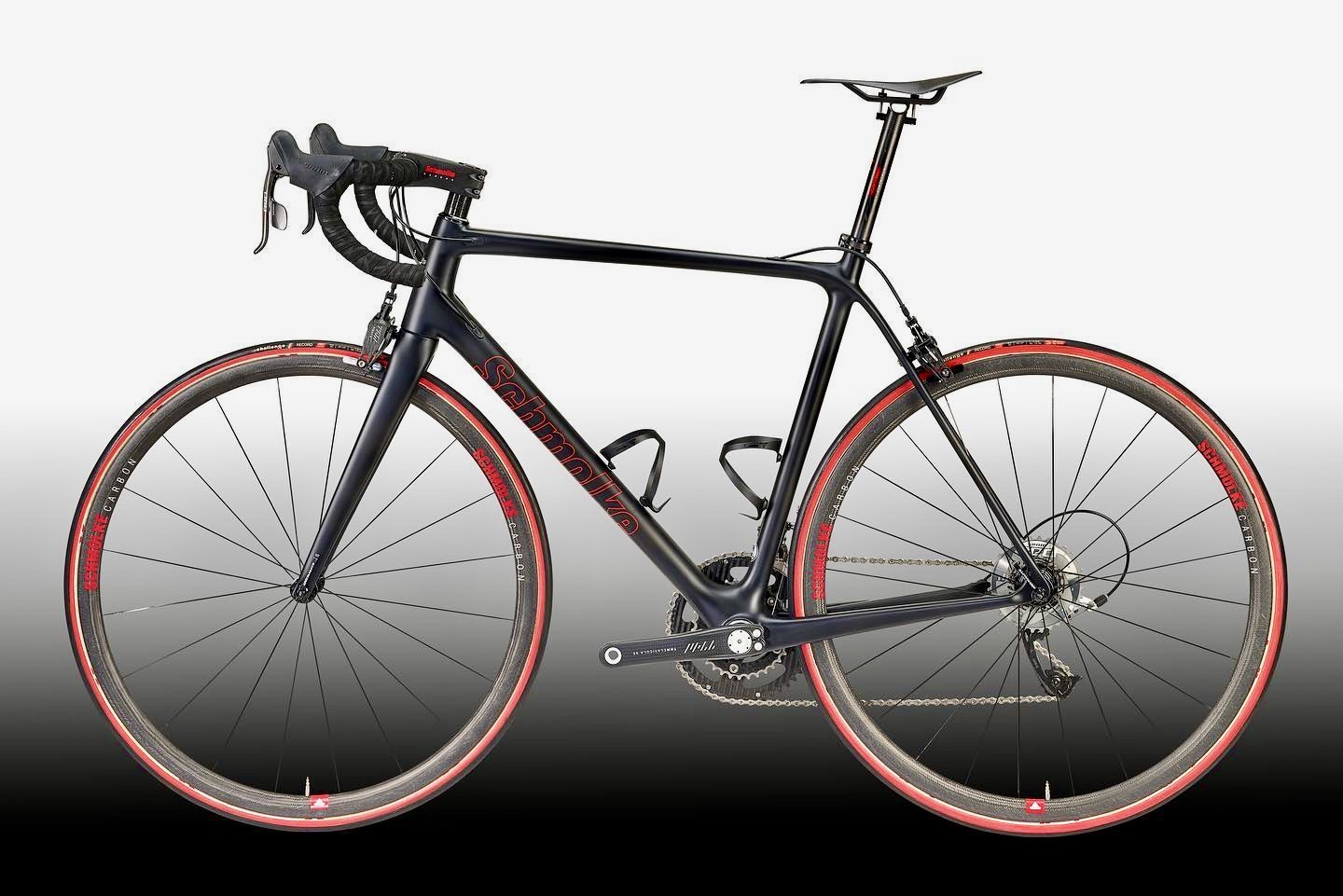 If you were a purist who happened to be at the Eurobike show in Germany last week, for moment, you may have thought that your eyes were playing tricks on you, because amongst a seemingly, endless array of disc brake-equipped, over-built aero bikes, there majestically stood a lightweight, round-tube constructed road bike – with yes, squeezer brakes.

The bike in question, was Schmolke’s latest road model called the Lightening, which featured a frame comprised of mostly simple, conical shaped tubes, you know, the type of frame construction that once made bikes synonymous with balance, poise and liveliness.

Even better, there were these thingies that were mounted to the fork and seatstays, which depending upon how much the rider squeezes them, are capable of bringing the bike to a halt with aplomb.

Schmolke claims its Lightening frame tips the scales somewhere in the region of 700 grams, while a complete bike fitted with an assy of the boutique German brand’s components allows it hover at just over 11 pounds, a figure that would more than sate any member of the weight weenies faction.

Remember when road bikes possessed a sense of responsiveness that was attended by comfort and stability, while groupsets sang with a level of smoothness and precision and brakes modulated with a tactile feel?

I bet this how Scholmke’s new Lightening performs.