Schwarzenegger Stopped By Police For Riding Without Helmet 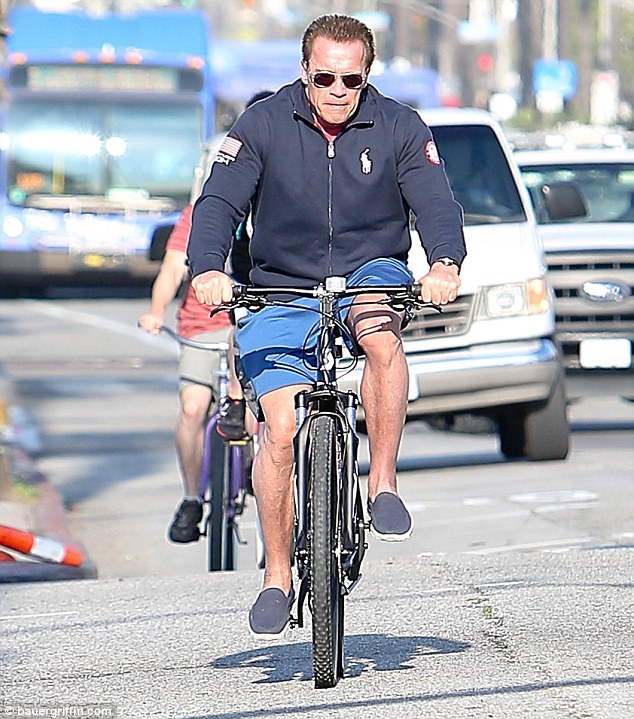 The “Terminator’s” cycling jaunt got terminated by police in Melbourne, Australia yesterday, when he was observed riding without a helmet.

Former Governor of California and Hollywood legend, Arnold Schwarzenegger, was stopped by police after he was spotted riding down a street in the city center without proper protection.

Cyclists in Australia can face a fine of up to $112 if they are caught riding without a helmet, but Schwarzenegger was let off with a warning.

Senior Constable Robert Gillson, who pulled over the star, told the media:

“I saw a group of cyclists riding ahead of me and we just went up to do a routine intercept. Then we noticed that Arnold Schwarzenegger was in the crowd.

“We spoke to him briefly and had a little chat with him about the reason why I pulled him over. He was very likable and very approachable. He stated that his father was a policeman, so there was very much mutual respect there.”

Officer Gillson ordered Schwarzenegger to head to the nearest convenience store to buy a helmet.