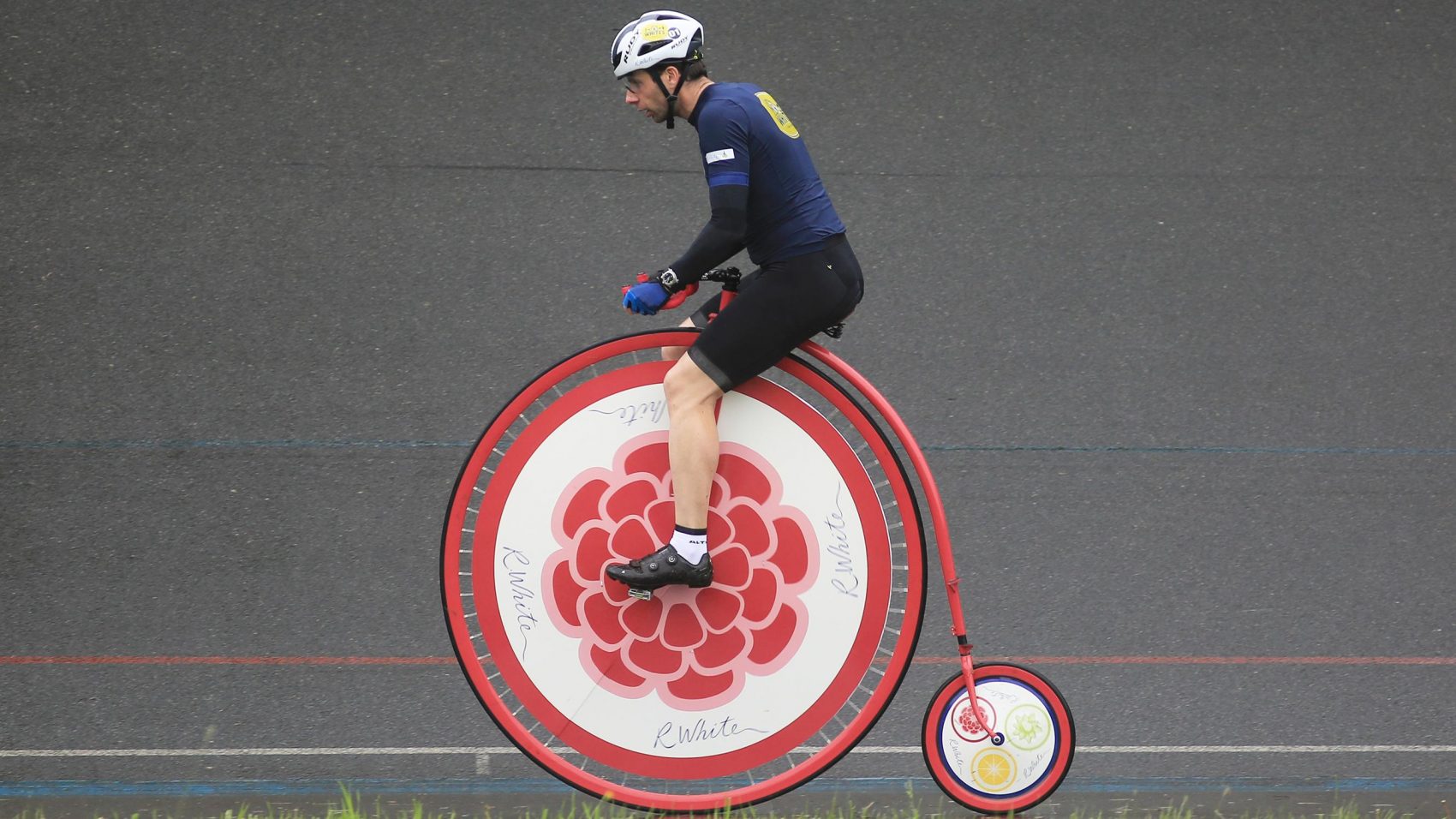 14 May 2018
By Gianni Pericolo - In FEATURED ARTICLES, LATEST ARTICLES, VELOPATHIC

Mark Beaumont, the Scottish adventure cyclist who was inspired by Jules Verne to ride around the world last year in fewer than 80 days, is now taking on another Victorian record — this time on a penny farthing.

He needs to ride further than 21 miles and 180 yards to beat the English hour record, set by BW Attlee at Herne Hill velodrome, south London, in September 1891. The world record, set in Massachusetts in 1886, stands at 22 miles and 150 yards.

The current UK record of 21 miles and 180 yards was set in 1891 at the Herne Hill Velodrome in London, which is the location where Beaumont and his rivals will be racing.

festival that celebrates 200 years of the bicycle.

“Training for a 23-and-a-half-mile hour dash is one thing – but doing that on a penny farthing is barmy!” said Beaumont. “I’m not afraid to have a bit of fun out there but I’m in it to win it for sure.”

As part of its backing of the festival, the brand will work alongside the Penny Farthing Club, including giving people the chance to have taster sessions on the bikes.

R.White’s brand manager François-Marie Menoret said: “The penny farthing is a British icon and a playful nod to R.White’s humble Victorian beginnings, so it is only fitting that this record attempt is taking place just down the road from where our lemonade was first produced.

“It’s incredibly exciting to have Mark Beaumont participating in the One Hour World Record and we’ll be cheering – and cheering him on – from the side-lines!”