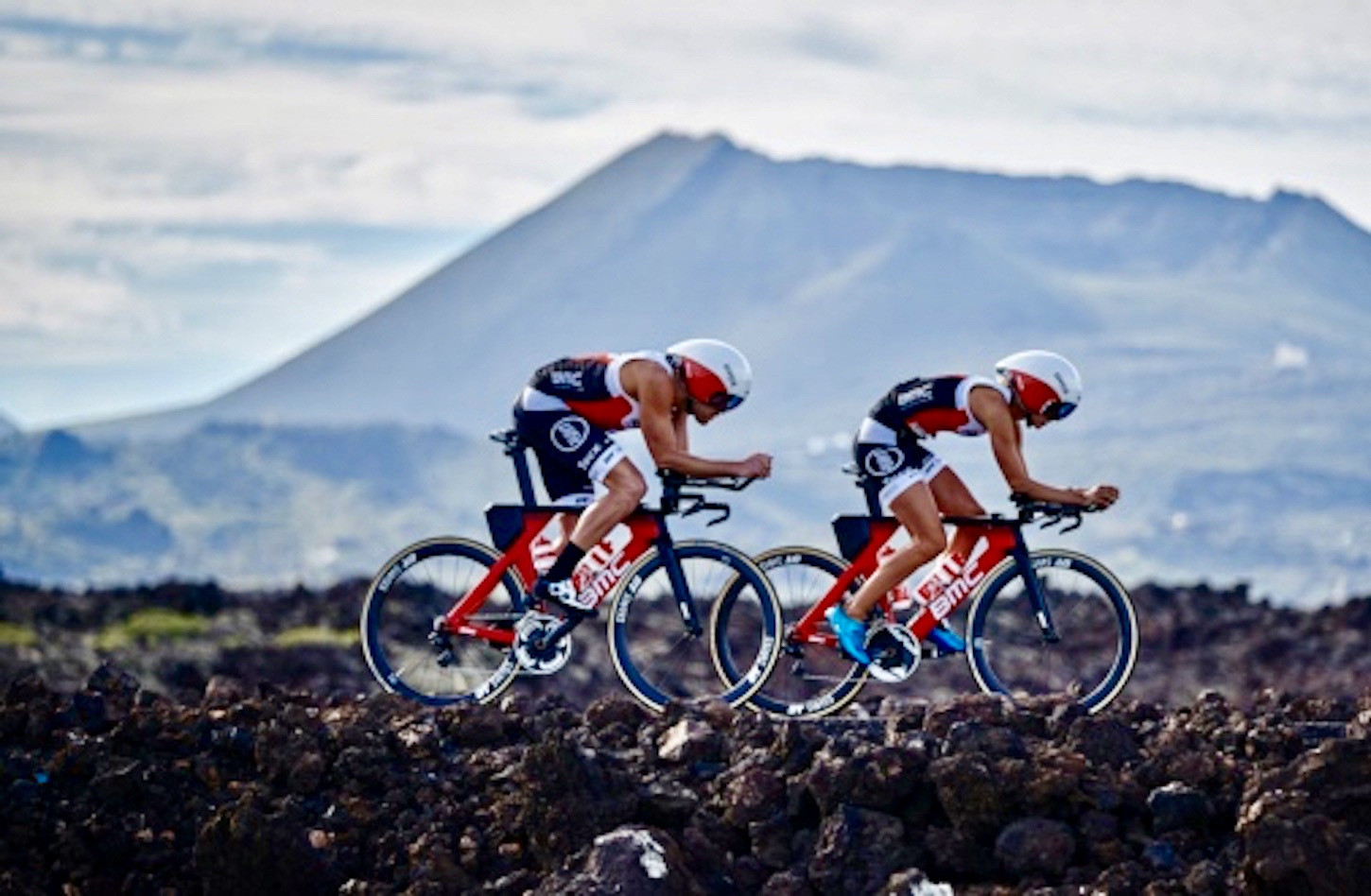 “Understanding of the great challenges an Iron Man triathlete has to endure,” says Selle Italia. “It’s an evolution of its Iron model. It maintains characteristics of the previous model, but has ‘improved comfort’, thanks to the wider nose and the double density padding. The result is a saddle fitted to the demands of the most demanding triathletes, who are looking for a product that is both a vehicle of excellent success and comfortable at the same time.”

The two models feature a redesigned “nose” for improved comfort and positioning, courtesy of new, double density padding that comes in both a hard or soft version.

Selle Italia has also added more “grip” to the “nose” of the saddles via a new front layer of material. A new high visibility insert was also added to the rear of each saddle.

“The gritty, racing-focused look is evident in the matte Selle Italia logo and the ‘streamlined’ red Ironman inserts, while visibility and safety are guaranteed by the fluorescent insert on the back of the saddle,” adds Selle Italia. “On the technical front, the objective of guaranteeing a high level of comfort while pedalling without compromising performance is guaranteed by a series of characteristics that make it unique in its sector.”

“The shape, above all, regular and compact and with a redesigned front part, is capable of adapting to the triathlete’s seating needs and allows an effective thrust to be maintained at all times of performance. The increased width of the front is a guarantee of uncompromising comfort, while a stable and effective positioning in the saddle is made possible by the double density padding (hard and soft) and by the ‘gripping’ front layer.”

As mentioned, the Iron Evo is available in two distinct versions, which further breakdown into two sub models based on density.

You can learn more about the new Iron Evo by visiting Selle Italia’s website here.