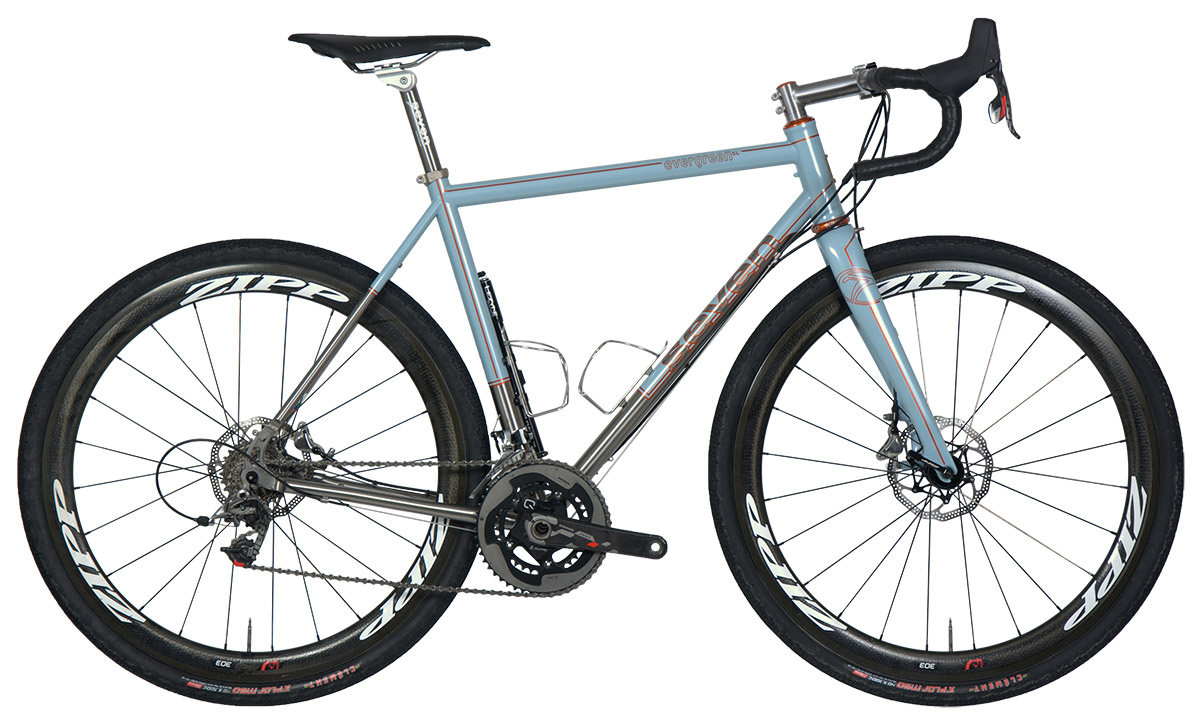 The Massachusetts-based Seven Cycles Celebrated its 20th Anniversary this month.

The renown titanium bike brand was launched in early 1997, when a group of workers left the former Merlin Metalworks company to offer a wider range of custom bikes marked by better turnaround times and a build process that worked more closely with its clientele.

“When we left Merlin, we didn’t want to just start another bike company,” said Rob Vandermark, one of Seven’s co-founders along with Jennifer Miller and Matt O’Keefe. “We didn’t want to compete with the company we’d just left, so we felt we needed to take a pretty radical departure from what other builders were doing, and we committed to building only custom bikes, and to doing it in a thoughtful way that put the rider first. We decided not to build bikes and then try to convince riders to buy them, but rather to start by asking what each rider really wanted, and then building that,” Vandermark said.

During its first year, Seven Cycles introduced a new customization process called Custom Kit, wherein direct input from clientele formed the basis for the company’s Seven Fit Methodology fit system, which allowed builders to gather valuable data using an array of fitting tools to optimize the design of each frameset.

By 1999, Seven Cycles claimed to be the world’s largest custom builder, later launching its own carbon fork called the 5E, which was available in a range of different rakes to suit the geometry of each frame.

“We were interested, from the beginning, in targeting areas of frame design that we thought could be improved, like the handling produced by the frame/fork interface. Everyone wants a great handling bike, but most builders didn’t have a good way to modify a bike’s handling without compromising other aspects of fit. That’s why we brought the 5E to market, and that had a massive impact on our customers’ experience of riding a bike”, said Vandermark.

Over the years Seven Cycles has enjoyed long-term relationships with two top-level athletes from Massachusetts, sponsoring such talent as  Mary McConneloug and Mo Bruno Roy.

McConneloug was selected for the U.S. Olympic mountain bike team 2004, followed by a seventh place finish in the 2008 Beijing Games, making her the highest placed American rider that year.

“We have never really believed in the traditional sponsorship model, where a company pays riders to race their bikes and say nice things about them. We’ve been enormously fortunate to be able to work with some supremely talented local racers who we could have long-term relationships with, collaborate with, and support as they achieved great things on the bike”, said Seven Cycles Miller.