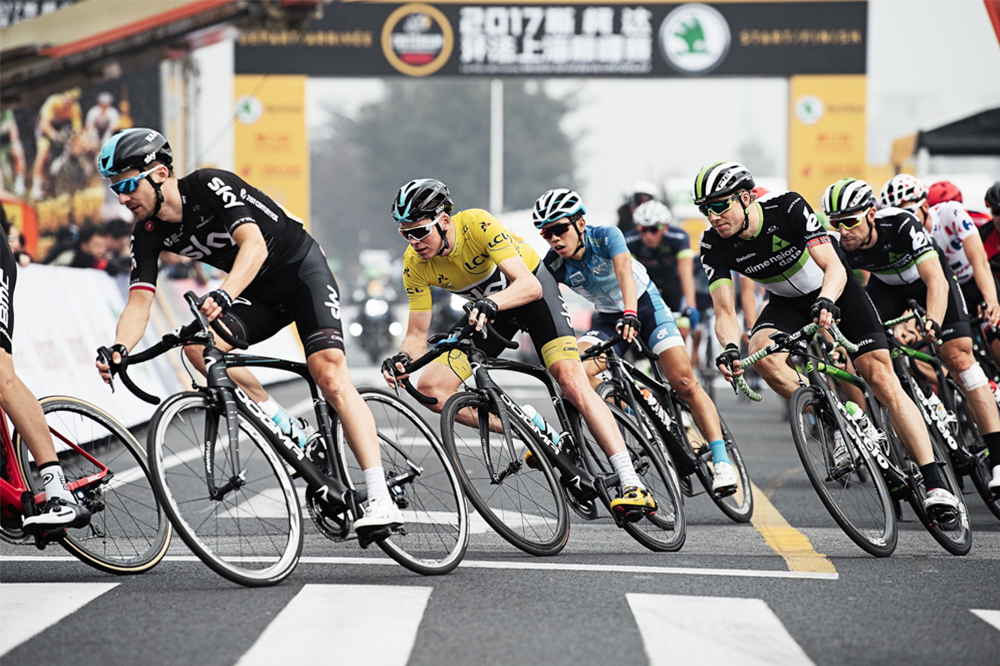 Scarcely 5 kilometers after the start, 5 impatient riders started giving the slip to the peloton. Simon Geschke, Alberto Contador, Michal Golas, Bernhard Eisel and Chinese rider Xiaoyong Dong formed the first break of the day, without for all that exceeding a 15” advantage. It should be said here that Quick-Step Floors team was imparting a full-gas rhythm to the bunch behind, with the immediate consequence to bring the whole peloton back on Sunweb’s Geschke and Alberto Contador. The most attentive of them took advantage of the brief shambles to try their luck in the break. Irizar, Schar, Haas, Elissonde and Marcel Kittel in person made the move at the front on a hustle and bustle day, raced at 43,36 km/h!

The other plot of the day was played out on the sprinters’ side. Three intermediate sprints to catch the green Grail, three opportunities to battle for the fast men. If Team Dimension Data’s captain Bernie Eisel got the first one, Kittel did his little number to preserve his position of king of the sprints. After taking the 2nd intermediate, he embarked on a sprint lesson against Edward Theuns and Nikias Arndt, insuring himself to collect the green jersey he had to yield to Michael Matthews after a crash on stage 17.

Three laps from the finish, only Kittel, ‘Rigo’ Uran, Barguil, Froome, Van Avermaet and Contador were left at the front. A five-stars cast for an unprecedented finish! As the last lap bell rang, Froome spread his wings, which resulted in a decisive move. Uran and Barguil were the only two who could catch Chris’ supersonic wheel, and soon it was clear that those three were going to fight for gold. After an intent game of sidelong looks, Barguil tried a coup under the flamme rouge. Too early for the Bastille day winner, who got overstepped 250 metres from the line by an indisputable Froome and a no less deserving Uran.

Crossing the line alone and discreetly waving at the crowd, Alberto Contador finished 4th. So here it is, the ‘Pistolero’ is off the bike. And he did it his way: attacking, trying and offering his public a real cycling show. After the race, when asked about his feelings, he only had one word: “I just feel very, very happy right now. I raced my style, with my jersey, my teammates, my bike and my fans. I could not hope for a better farewell”.

If the Spanish rider is flying back to Madrid, the other ones will now head towards Japan and Saitama’s Criterium next Saturday. For now, the Tour de France champions have two days to discover the city of Shanghai, and Chris Froome found an uncommon way of doing it: “I spotted a nice cycle path along the river so I’ll probably ride…”.