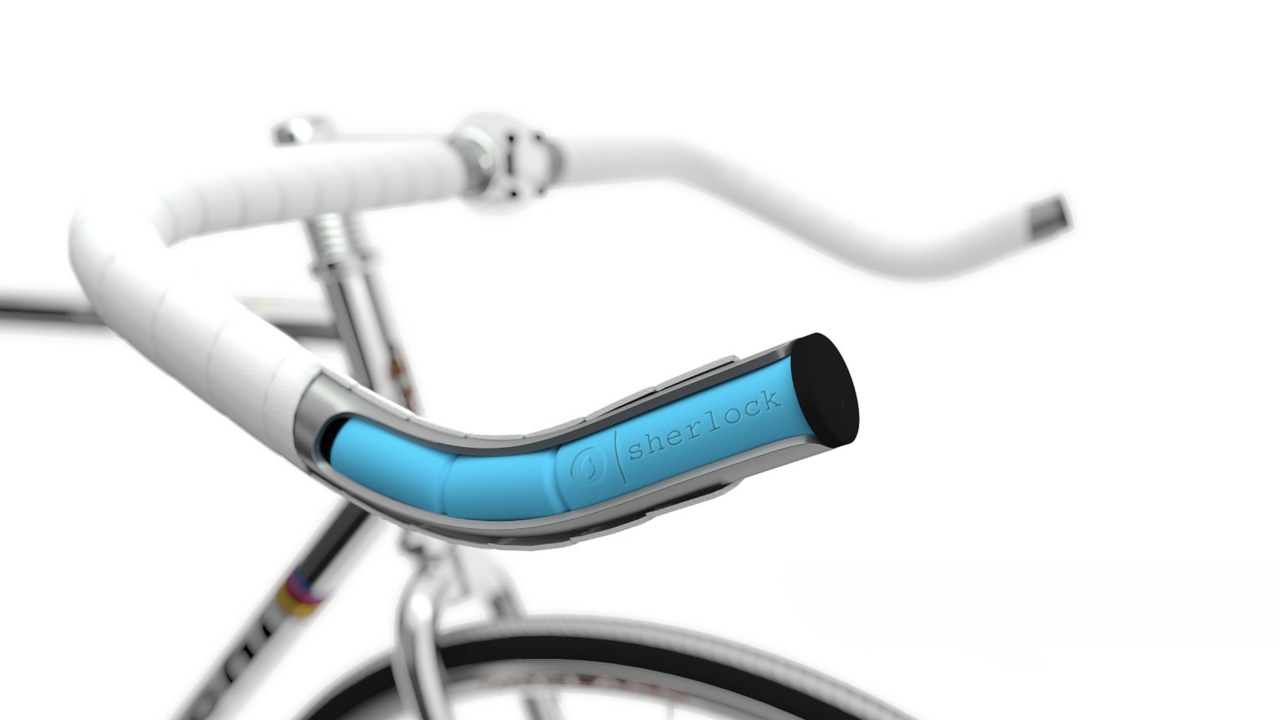 24 May 2016
By Gianni Pericolo - In LATEST ARTICLES, THE DOUBLE DIAMOND

Last November we reported on the still under development Sherlock anti-theft bike GPS app, that was being touted at the Innovate 2015 design show.

Well, as of this week, the designers of Sherlock have gone public with a vigorous crowd-funding campaign on Indiegogo, now that they’ve  finalized their design and are ready to bring it to market.

As previously described, Sherlock is an invisible GPS-based anti-theft device connected to a mobile app, that has the ability to track the whereabouts of one’s bike in real time, in the event that it’s stolen.

Sherlock is very compact, small and easy to install, and it’s designed to be hidden in the handlebars of the bike, which results in an invisible placement to the unsuspecting thief.

Sherlock is also servers as a unique identifier, wherein its mobile app is specifically connected to the owner and the bike’s profile, so in the event  it gets stolen, the owner can share its tracking code with the police and demonstrate his or her true ownership once the bicycle is rescued.

Sherlock is the invisible GPS anti-theft device for bicycles.
It is connected to a mobile app that tracks your bike in real-time and enables you to precisely locate it at anytime.

Sherlock is small and compact.
It is designed to be easily installed in the handlebars of your bicycle resulting completely invisible from the outside, so that it is hard for the thief to detect.

Plus, it does not alter the design of your bike.
Sherlock has a plain black cap and comes with a second matching cap to be mounted on the other hand of the handlebars.