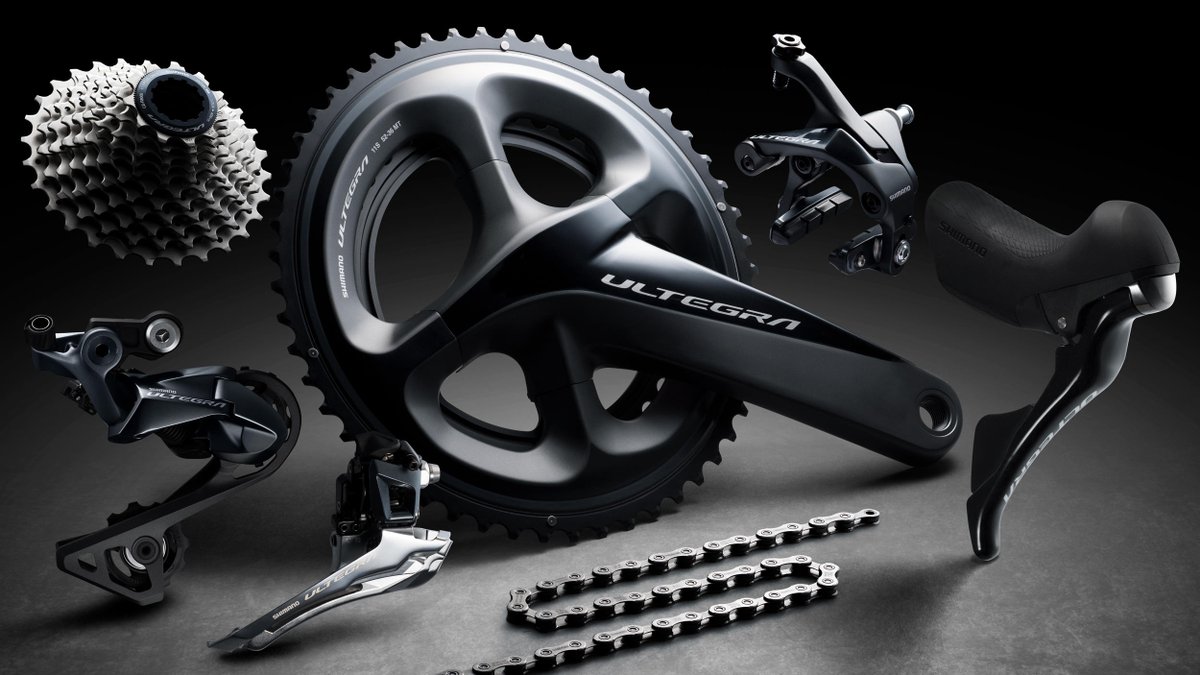 A good deal of what’s been added to the new Ultegra groupsets, comes by way of the Japanese component giant’s flagship Dura Ace 9100 groupset, to included both a mechanical and Di2 version, as well as the option for either traditional caliper or hydraulic disc brakes, along with a greater selection of cassettes aimed to satisfy road, time trial, cyclocross and adventure cyclists alike.

Shimano product manager Tim Gerrits, set the tone of today’s launch, by pointing out that Shimano’s goal was to bring top quality and performance at a more affordable price point. To wit:

“The goal was to bring high end technology to a wider audience of riders. We wanted to offer high performance riding to the many types of road cyclist with a wide variety of products to serve the ever-growing road bike landscape.”

“We’re incredibly proud of what we’ve created. Ultegra has such a loyal and enthusiastic appeal that it is associated with the true spirit of the sport. We’ve pushed that forwards, and hopefully in the process we can attract more people to the sport of road cycling.”

The new groupsets comprise an asymmetric crankset, which draws most of its “design language” from the top-tier Dura-Ace R9100, wherein the same four-arm, oversized Hollowtech II crank was chosen for it’s proven stiffness and power transfer, while also managing to shed a few grams over the previous design.

The new groupsets offer more options in terms of gearing ratios as well, including a standard, mid-compact and compact crankset with sizes that range from 53-39T, 52-36T, 50-34T and cyclocross-specific 46-36T. Moreover, smoother, more precise shifting is also assured, given that Shimano has added its Hollowglide chainring technology to the crankset as well.

Another important development, is the way in which Shimano managed to accomplish the same ergonomic shape and platform for all of its  shifters across both grouspets.

Furthermore, thanks to its new battery, the Di2 shifter can now run semi or full Synchro Shift. This means it can work sequentially through gear ratios via one shifter, or by using both, in which case programming will account for changes in chainring selection, while also choosing the appropriate up or down shift on the cassette.

The top of the hood also has a programmable button for the Di2 shifters, so owners can customize their method of shifting via Shimano’s Etube App.

The new front and rear derailleurs have not only been designed to improve shifting response time, but now the groupsets can accommodate wider tires, and as previously mentioned, utilize a cassette up 11-34T, when used alongside the long cage GS rear derailleur, while Shimano’s Shadow Plus technology keeps it tucked underneath the cassette and out of harm’s way.

For the time trialist, Shimano has added new shift buttons and TT specific dual control shifters, which will also work with the company’s Synchro Shifting technology.

There are plenty of brake options with the new Ultegra groupsets as well, offering both traditional, dual-pivot caliper brakes (direct-mount too), as well as new direct mount disc brake units which sit flush with the frame and fork, to include new rotors that offer improved heat dissipation and stopping power.

Shimano also saw fit to include two new tubeless wheelsets to round-out the Ultegra grouspets, which both feature a newly designed hub for both the carbon-laminate rim-brake version, as well as the disc brake, thru-axle model.

The new Shimano Ultegra mechanical gorupset will be available starting in July, while the Di2 version is slated for September.