Should You Exercise During the Coronavirus Pandemic? 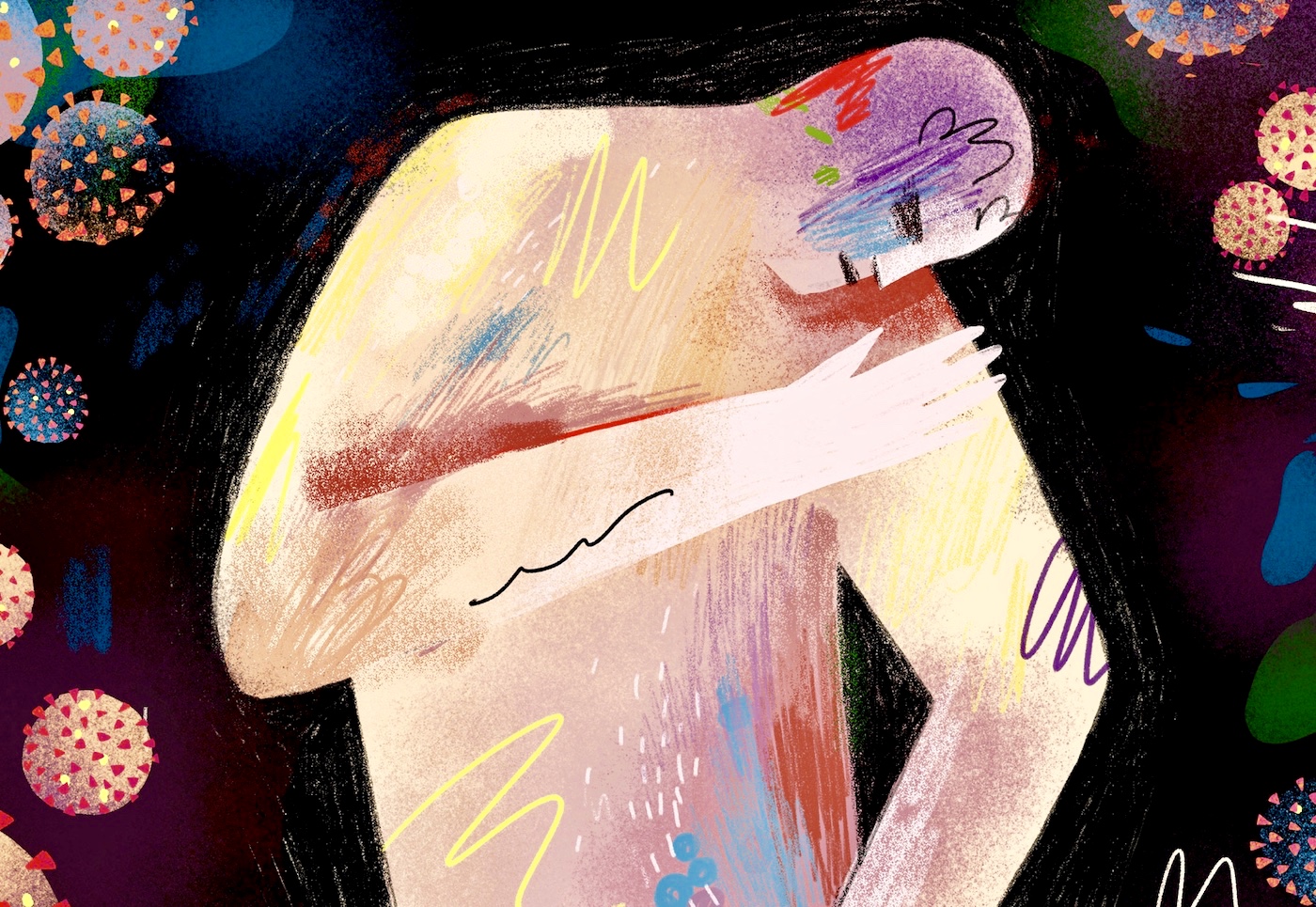 So here we are, perfecting our social distancing skills while schools, sports and other forms of social engagement are on indefinite hold, by a dangerous virus named after a (regal) crown. The coronavirus is named because the center envelope is surrounded by small protein spikes called peplomers. These little protein spikes wreak havoc when they attach to lung tissue and hijack otherwise healthy tissue into building a potentially lethal coronavirus army of invaders.

Because the virus settles primarily with the respiratory tract – the nose, mouth and lungs – it is highly contagious when people sneeze, cough or exchange respiratory droplets with others. Despite its importance, social distancing has been a social disappointment for many weekend warriors, team sport athletes, fitness fanatics and sports fans who find camaraderie, biochemical joy from dopamine rushes or stress reduction through regular exercise and sport.

We are both sports scientists who study athlete health and safety. We’re also proud exercise addicts who find the prospect of not exercising almost as disturbing as the prospect of the disease itself.

Here’s how exercise affects the immune system in response to the flu and some practical tips on how much people should (and should not) exercise.

Look for the ‘just right’ amount

Both too much and too little are bad while somewhere in the middle is just right. Scientists commonly refer to this statistical phenomenon as a “J-shaped” curve. Research has shown exercise can influence the body’s immune system. Exercise immunity refers to both the systemic (whole body cellular response) and mucosal (mucous lining of the respiratory tract) response to an infectious agent, which follows this J-shaped curve.

A large study showed that mild to moderate exercise – performed about three times a week – reduced the risk of dying during the Hong Kong flu outbreak in 1998. The Hong Kong study was performed on 24,656 Chinese adults who died during this outbreak. This study showed that people who did no exercise at all or too much exercise – over five days of exercise per week – were at greatest risk of dying compared with people who exercised moderately.

Additionally, studies performed on mice demonstrated that regular exercise performed two to three months prior to an infection reduced illness severity and viral load in obese and non-obese mice.

Thus, limited animal and human data cautiously suggest that exercise up to three days per week, two to three months prior, better prepares the immune system to fight a viral infection.

What if we have not exercised regularly? Will restarting an exercise routine be good or bad? Limited data, also obtained from mice, suggests that moderate exercise for 20 to 30 minutes a day after being infected with the influenza virus improves the chances of surviving. In fact, 82% of the mice who exercised 20-30 minutes a day during the incubation period, or the time between getting infected with flu and showing symptoms, survived. In contrast, only 43% of the sedentary mice and 30% of the mice who performed strenuous exercise – or 2.5 hours of exercise a day – survived.

Therefore, at least in laboratory mice, mild to moderate exercise may also be protective after we get infected with the flu virus, whereas a little exercise is good while no exercise – or even too much exercise – is bad.

For those who are “committed exercisers,” how much exercise is probably too much during a flu pandemic? It is clear that both too much exercise and exercising while sick increases the risk of medical complications and dying.

We conducted studies on both collegiate football players and cross-country runners, which showed a decrease in secretory immunoglobulin A, or “sIgA” when athletes competed and trained hard. SIgA is an antibody protein used by the immune system to neutralize pathogens, including viruses.

SIgA is also closely associated with upper respiratory tract infections (URTI). When sIgA levels go down, URTI’s usually go up. We saw this relationship in football players, whereas the players showed the most URTI symptoms when their sIgA levels were lowest. This indirectly suggests that over-exercise without adequate recovery may make our body more vulnerable to attack, especially by respiratory viruses. So, when it comes to immunity, our studies show that more exercise is not necessarily better.

How much exercise may be just right?

Here are some guidelines based on just the right amount – for most people.

How much exercise may be too risky?

Here are some things not to do:

Do not overdrink fluids, especially when sick, to try and “flush out” the toxins or prevent dehydration. It is not true that you can “flush out” toxins.

The J-shaped (“just right”) curve suggests that exercise, like most things, is best in moderation. Stay safe out there and be creative – our game is not over, just temporarily suspended.

Dr. Tamara Hew-Butler is a podiatric physician and associate professor of Exercise and Sport Studies at Wayne State University in Detroit, Michigan. She obtained her: BS in Kinesiology at the University of California at Los Angeles, CA; Doctor of Podiatric Medicine (DPM) at Temple University in Philadelphia, PA; and Philosophy Doctor (PhD) at the University of Cape Town, South Africa. Dr Hew-Butler is a Fellow of the American College of Sports Medicine (FACSM) and specializes in both sports medicine and exercise physiology. Her expertise is in exercise-associated hyponatremia and the endocrine regulation of water and sodium balance. Her scientific work has been highlighted on radio shows (Science Friday, National Public Radio), podcasts (CJSM), newspapers (New York Times, Washington Post), a comic strip (xkcd) and reality television show (Adam Ruins Everything).

Dr. Fahlman’s research focuses on the racial differences in disease and also on the relationship between exercise, the immune response, functional capacity and cognition. She is an award-winning educator and researcher, having been named the University Educator of the Year by the Michigan Association of Health, Physical Education, Recreation and Dance. She also won the President’s Award for Excellence in Teaching; the Kathleen Reilly Koory Faculty Development Award,the Vern Seefeldt Life time Achievement Award from the Governor’s Council on Physical Fitness, Health and Sports and the Michigan Fitness Foundation,and has received Special Recognition for Outstanding Statewide Leadership and Commitment to the critical components of school health.